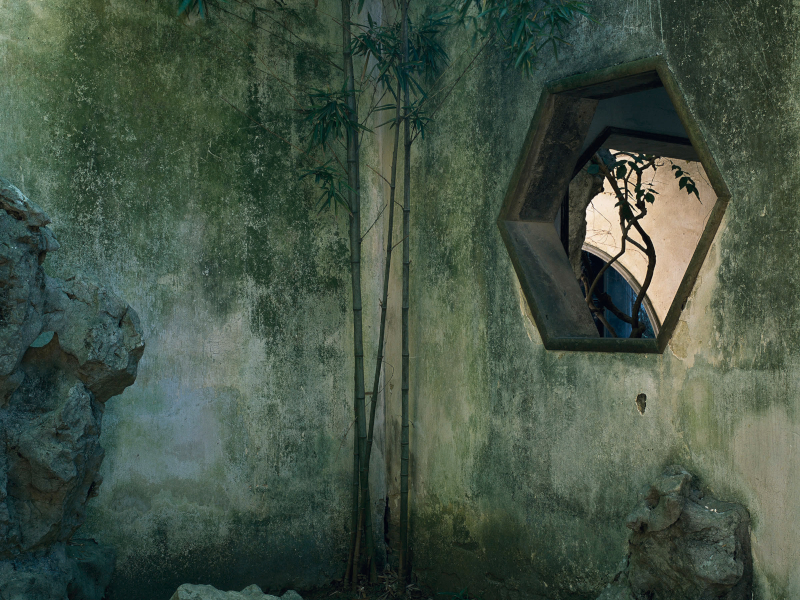 HÉLÈNE BINET understands that a building is made as much of light and shadow as it is concrete or brick. She is in accord with one of her long-term clients, Daniel Libeskind, the architect who encouraged her early career as an architectural photographer. ‘Light is the most important building material,’ he said. ‘...Great architecture is really a showcase of light and shadow.’

She is sensitive to the mutability of structures that results in, the way that form and surface texture shift according to the light of a building’s location or season or time of day. ‘Of course a building is there all the time when it’s winter, when it’s spring, so every building has an incredible story of light on its own skin and inside,’ she told Dezeen. ‘I cover as much as is possible, but I cannot cover completely this story.’ 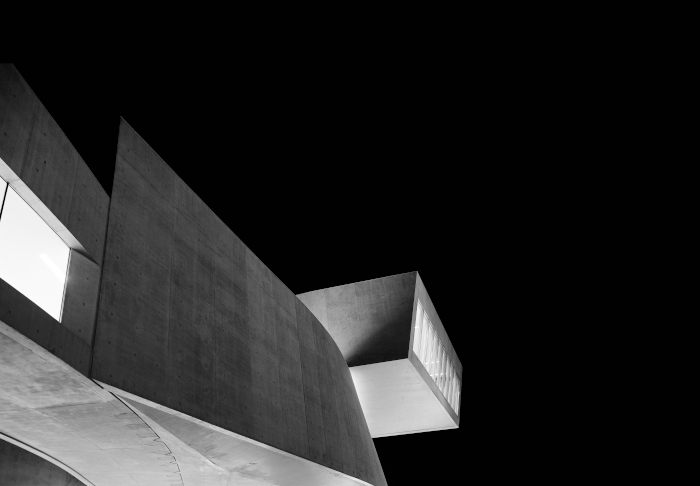 Binet believes that buildings are at their best according to particular qualities of light. She likes to study the site to determine the optimum moment to capture it. ‘The best thing is to spend time before looking at a building. Of course I can’t always control the weather – sometimes I think I really want to do this with cloud and then we have sun, or the opposite. The more time I have to spend and understand the light of the place, the more successful [the shot will be].’

For more than 25 years, London-based, Swiss-French Binet has recorded both contemporary and historical architecture and built a formidable reputation as photographer to the starchitects. Her regular clients include Libeskind, Caruso St John, Studio Mumbai, Peter Zumthor and, until her untimely death, Zaha Hadid. She has also photographed the works of past architects such as Alvar Aalto, Geoffrey Bawa, Le Corbusier, Sverre Fehn, John Hejduk, Sigurd Lewerentz, Andrea Palladio and Dimitris Pikionis.

Binet studied photography at the Instituto Europeo di Design in Rome, where she grew up, subsequently working as a photographer at the Grand Théâtre de Genève, where she photographed theatrical performances for two years. That theatricality remains in her work. ‘I think this experience of having, let’s say, the dancer or the character of the opera coming out of the dark was for me something always important,’ she said in a Phaidon interview. ‘So there was always a strong desire to put some kind of theatricality into the piece. This is where I fell in love with the world of shadows and light.’ 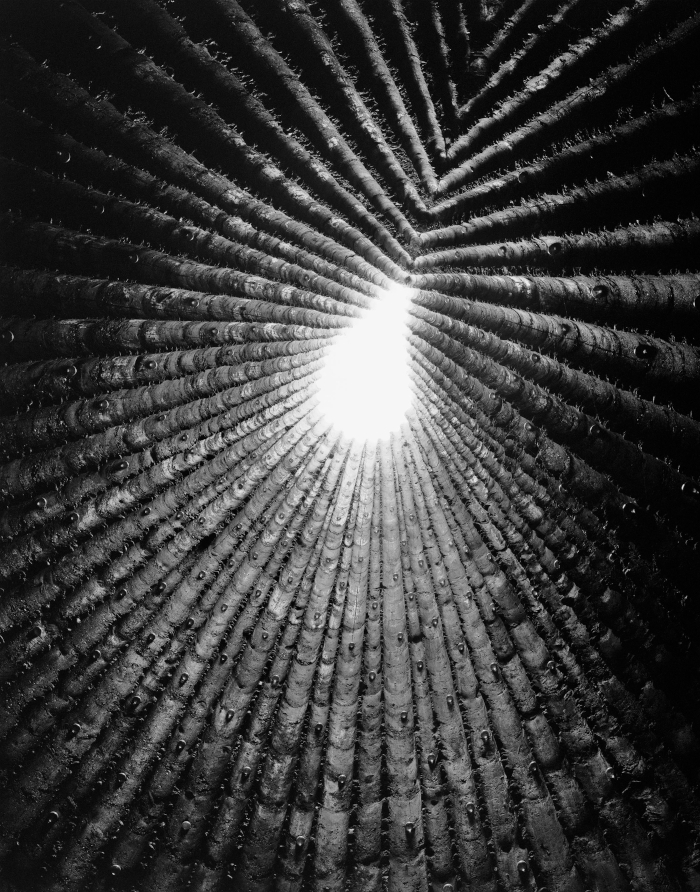 Light enters through the open roof of the Bruder Klaus Field Chapel in Wachendorf, Germany, photographed by Binet in 2009. Image Credit: HÉLÈNE BINET

Binet came to live in London in the 1980s when her husband, architect Raoul Bunschote, founder of Chora, was teaching at the Architecture Association. Alvin Boyarsky, director of the AA, gave her an opportunity to photograph her first architecture book and this set her on her career path.

Binet’s work has appeared in a wide range of books (including Composing Space, a Phaidon monograph, published in 2012) and featured in both national and international exhibitions, including in the permanent collection of MoMA, New York. RIBA made her an honorary fellow in 2007, and she was awarded the Julius Shulman Institute Excellence in Photography Award in 2015. She is also one of the Royal Photographic Society’s Hundred Heroines.

In a digital age when we rely not only on the fusillade approach to photography – sheer quantity virtually guaranteeing a successful outcome – but also the ability to finesse an image on a computer, Binet is painstaking, a purist and perfectionist. She famously works exclusively with film, taking her time, savouring the moment. ‘Photography is about celebrating that instant, the moment the shutter clicks,’ she says. ‘It tells us something about the world. You have to give the best of yourself in that instant, there’s no going back. Photoshop is the big enemy. 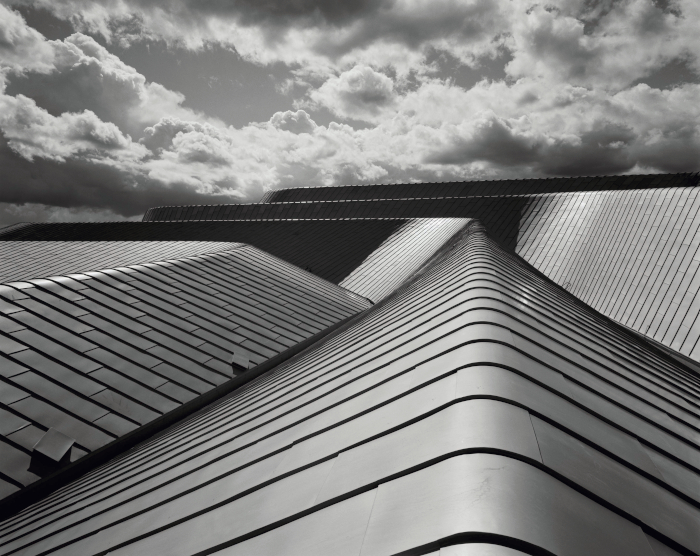 Her characteristic approach is to make the complex simple, often focusing on just a fragment of a building. It is a form of humility, an acknowledgement that capturing the entirety is impossible. ‘It is a reaction to the possibility that as photographers we have to do a lot, and I do the opposite and say no we can’t. It’s about seeing very little, it’s about reducing to one moment. That moment can tell you a lot. When you look at it, you make your own space with your own imagination, like when we read, when we dream. That’s the spatial quality that I’m looking at.’

Her work is predominantly monochromatic, the black-and-white images underlining the dramatic juxtaposition of light and shadow. It is a key reason she insists on a film rather than digital camera. ‘You get a different quality of light and shadow, film is more sensitive, film is more spontaneous,’ says Binet. ‘Black and white will tell you more about how something reacts to light. We cannot see a building or a material without light, we are not able to understand the quality of it without light. We put an object inside a beam of light and then we understand it. It’s very complex.’ 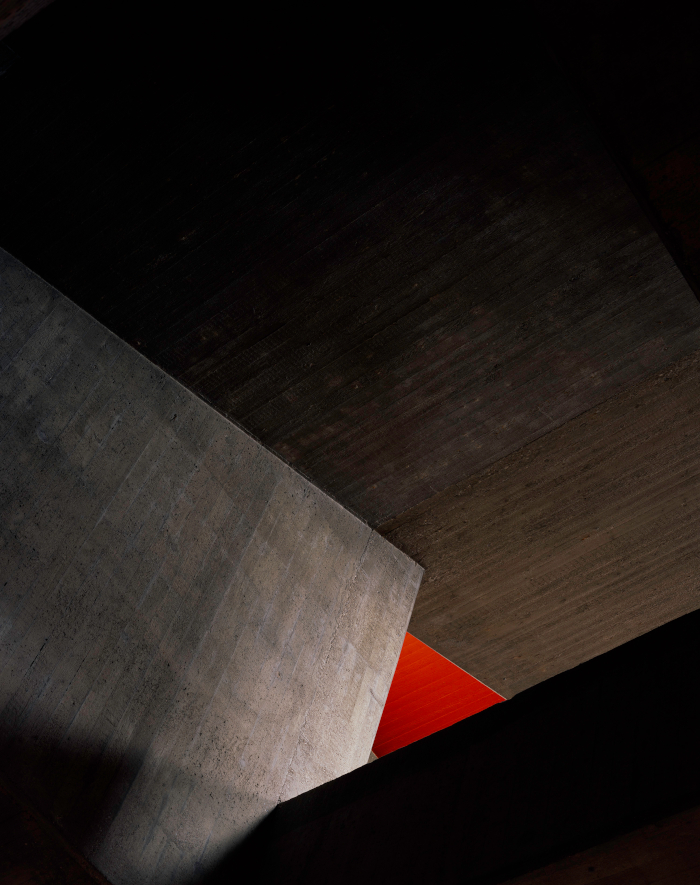 The RA exhibition is organised thematically, exploring connections between ideas, places and landscape. It begins with one of Binet’s most celebrated images, Zaha Hadid’s Vitra Fire Station, completed in 1993 and photographed soon after. Le Corbusier’s La Tourette monastery in France is featured, as well as the Jantar Mantar Observatory in Jaipur, India, a gift for Binet with its high contrast light and shadow.

Binet’s long-standing professional relationship with Hadid continues in the next section with images of the MAXXI Museum of Art in Rome, the Glasgow Riverside Museum of Transport and the Rosenthal Center for Contemporary Art in Cincinnati.

The exhibition culminates with ‘powerful and simple images of Binet’s observations of the essential elements of architecture: walls that catch shadows and act as a foil for nature, and ground planes that show the use of architecture across time’. These include Binet’s famous images of Swiss architect Peter Zumthor’s Thermal Baths at Vals, hung alongside landscaping and pathways at the Acropolis designed by Dimitris Pikionis in the 1950s. Her recent work includes a set of Five Churches in Cologne by Gottfried Böhm, commissioned to celebrate the architect’s centenary, and an iconic yet rarely seen private house, Can Lis, by Jørn Utzon. 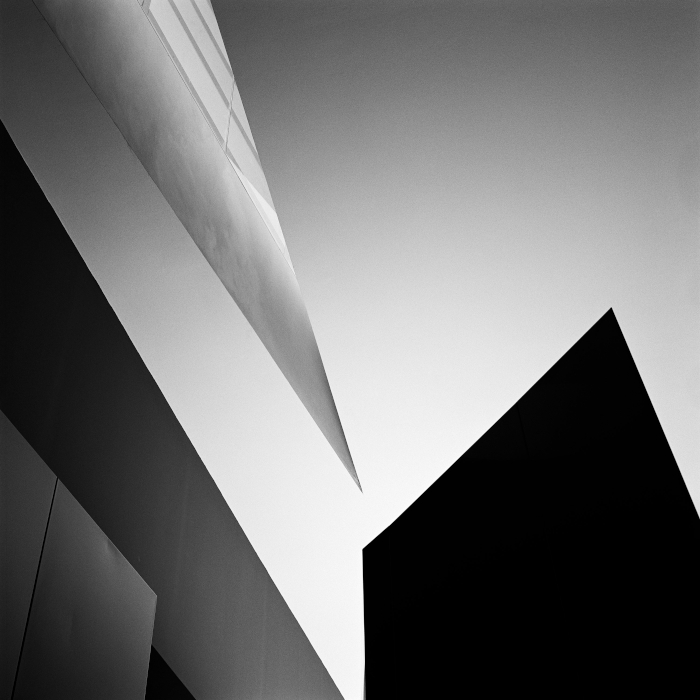 Most of the buildings represented date from the 20th and 21st centuries, but there are three historic projects: as well as the 18th-century Jantar Mantar Observatory, there are Nicholas Hawksmoor’s 18thcentury London churches, and the romantic Lingering Garden of Suzhou in China, parts of which date back to the 16th century. 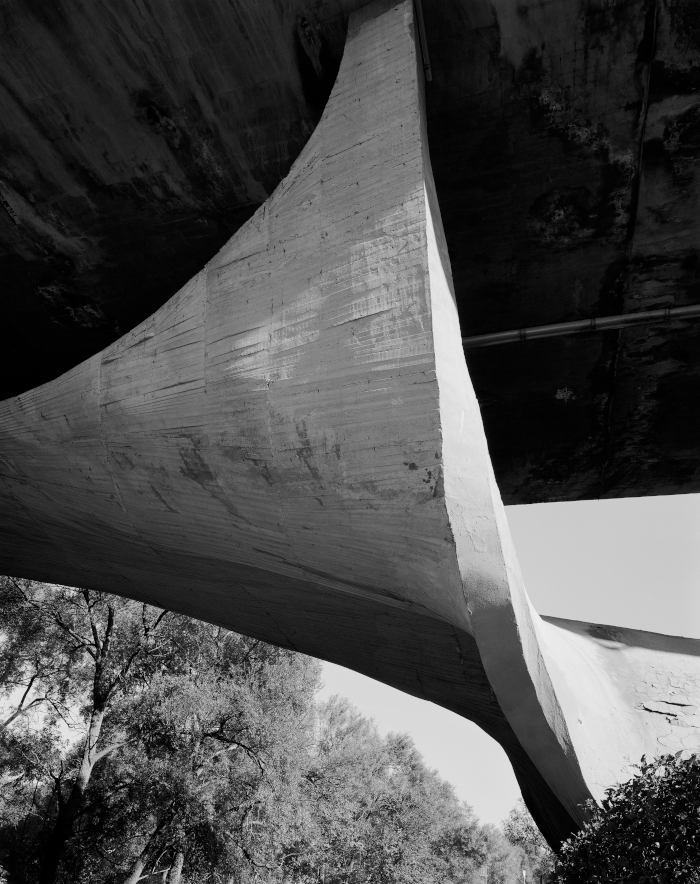 While she exploits the yin and yang relationship between light and shadow, Binet has concluded that the human impulse is clearly towards the light. ‘When I did an essay on shadow in architecture, around 2005, I was trying to go into buildings to only look at shadow and I was really noticing that our body wants to see the light – you have to do something that is not natural, you have to strain yourself to look at the dark, it’s against our energy,’ she told Lighting magazine. ‘When you try to see and frame the shadows and see them as independent of the light it needs a lot of concentration. We always think this is a light next to the shadow, we never think this is a shadow next to the light.’