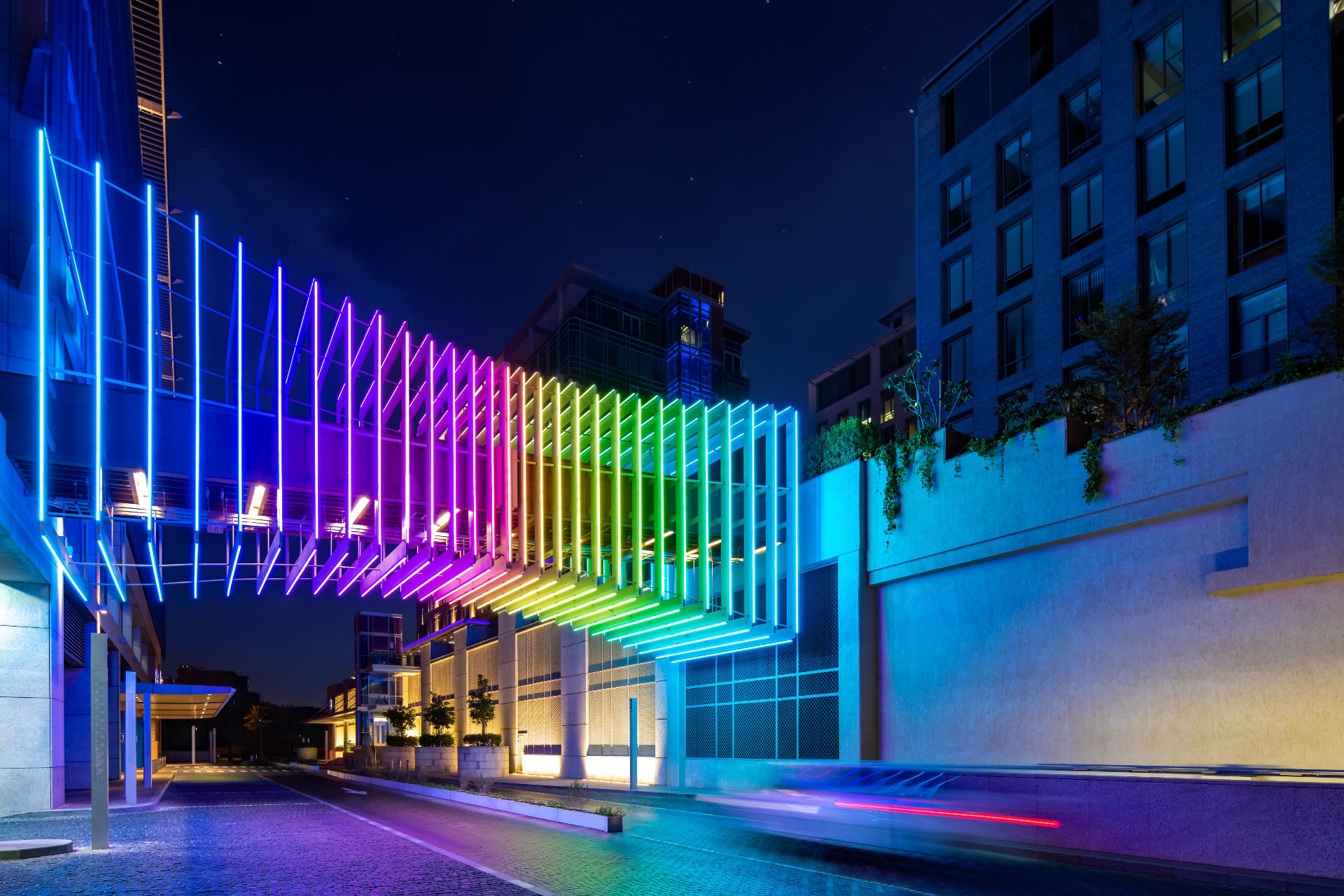 Paul Nulty, the founder of lighting design practice, Nulty, shares his thoughts on the powerful way light is being used as a gesture of solidarity and thanks during this difficult time

Light has drawn people together since time immemorial. Tens of thousands of years ago, Neanderthals lit fires in caves, making them sanctuaries of warmth and safety for their communities. Places of worship have traditionally used candlelight to spark and signify emotion, drama and solace for their congregations, and candles placed in windows have always signified solidarity and hope in times of grief, terror and disaster. Lighthouses, beacons and flares save lives.

The interplay between sunlight and architecture has always been a powerful and seductive force. Light shining through stained glass windows has the power to enrapture; Le Corbusier and Tadao Ando built their reputations by incorporating daylight into many of their churches and buildings with beautiful, ethereal and dramatic effect. The use of artificial coloured light, however, has long been associated with the garish, over-saturated skylines of Dubai and Las Vegas - but when used sparingly and strategically, coloured light can be just as powerful as the pure light of the sun.

When we at Nulty work, we think of ‘painting with light’, a term rooted in the emotion light can conjure up. Many years ago, we used strips of saturated red light in the red entranceway leading into the Nike Manchester United stadium store. Fans wearing the team’s branded red shirts seem to glow when they enter the shop, whilst the blue shirts of arch-rivals Manchester City take on a muddy brown hue.

In Iceland’s Keflavik Airport, we designed a dynamic, interactive light installation spanning the arrivals and departures halls which references one of the country’s main attractions – the aurora borealis. The speed of this kaleidoscopic light show mirrors the actual intensity of this mystical natural phenomenon, as it is linked to Met Office data in real time. Air travellers are emotionally transported and reminded of their connection to nature.

In cities around the world, major events have been announced and celebrated using light projected onto the urban landscape. For the Olympics in 2012, many of London’s bridges became colourful backdrops at night, whilst the Houses of Parliament were emblazoned with a projected Union Jack to support Team GB. Every year, more of the city’s landmarks including the MI6 building and Marble Arch have been illuminated in rainbow colours to celebrate Gay Pride. In January 2016, Durham’s successful Lumiere Festival arrived in the capital, filling the streets of central London with thousands of visitors who admired a series of magnificent, free light art installations on one of the coldest and gloomiest weeks of the year. When the atrocities of the Paris terror attacks hit in 2015, the world illuminated its buildings in the colours of the Tricolor - and did so again in 2017, this time in solidarity with the UK at the time of the horrific Manchester bombing.

The world is currently in the grip of one of the darkest periods in living memory, and although most city streets are devoid of people, light is being used to turn iconic buildings into powerful messages of support for healthcare workers. Washington’s National Cathedral, The Museum of Man in San Diego, the Empire State Building in New York, and Rio’s iconic Christ the Redeemer statue are just some of the international landmarks currently emblazoned at night with collective thanks. Closer to home, the OXO Tower, Selfridges, The Shard, and One Canada Square in Canary Wharf are just a handful of dozens of now-deserted landmarks lit in the distinctive blue hue of the NHS during the evening hours. This powerful gesture of solidarity has spread across the country, from Salisbury Cathedral and the Spinnaker Tower in Portsmouth, to the Penshaw Monument in Sunderland and the magnificent Kelpies sculptures in Falkirk, Scotland. Even individual homeowners and small businesses, yearning to connect with the community with one of the only ways they can, are using blue light on their buildings as a message of unity and support for these present-day heroes.

Now more than ever, we look to light as an instrument of hope. One of the most poetic, unifying symbols during the Corona pandemic has been rainbows drawn by children, placed in windows reaching out to passers-by. Rainbows themselves are the very essence and fabric of light. Clearly, the power of light to unify humanity in the face of a global crisis has never been more important.