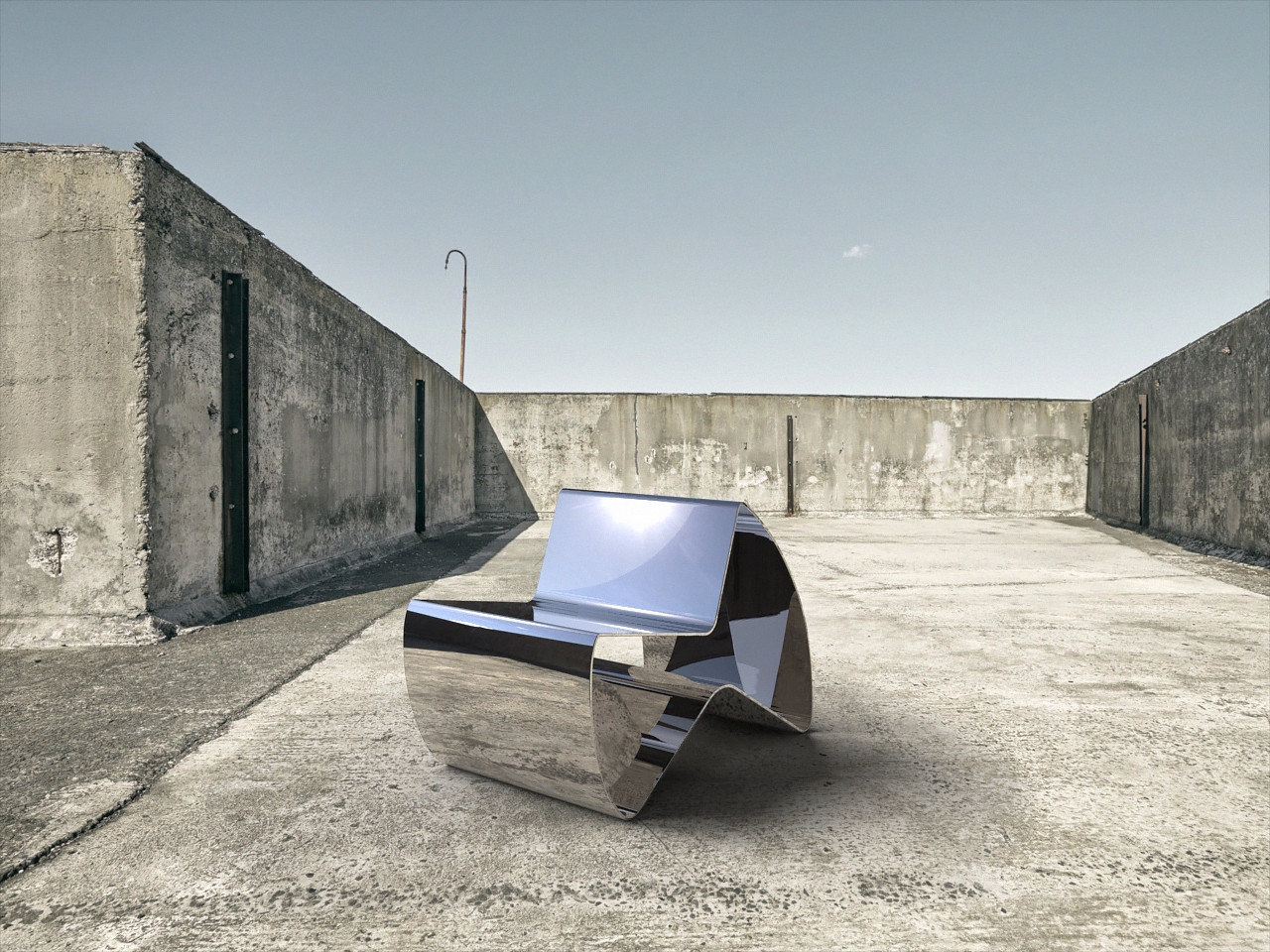 The world's first '"one piece" multi position-able chair ever to be produced' is 'bulletproof', says designer Kris Lamba

London-based sculptural designer Kris Lamba has created the world's first multi position chair from a 20 metre long piece of carbon fibre - and states it is 'bulletproof'.

The RV1 Carbon Chair is crafted from the strong but lightweight combination of carbon fibre and resin, allowing the structure to be easily flipped from one position to the other. Lamba also performed bulletproof testing on the chair (see below). Bulletproof testing on the chair's material

The minimal design embodies a fluid motion and is barely visible from side-on, allowing the furniture to not only provide function and comfort, but to maximise the space in which it's placed. Users can opt for an ergonomic, upright seating position, or can switch the chair to a more relaxed, off-duty position, better suited to longer seating periods. Lamba said each chair is handcrafted and, 'Stress points were calculated digitally and allow the chair to flex lightly depending on the seating position chosen'. The chair's flowing design has been made using a resin infusion technique. More than 20m of carbon is folded around a positive chair mould then placed into a unique air tight bag to prepare it to go into a vacuum. Resin is drawn into the structure via a network of specially designed pipes and a honeycomb surface later, before being heat cured and released from the mould. Sanding and trimming prepares the chair for its high gloss outer layer - white or tinted black - to finish the look. Lamba said: 'One of the main challenges of the continuous shape is that only male moulds can be used, thus rendering traditional resin infusion methods useless.' Originally trained in fine cabinetry, Lamba works largely with found materials, sourced timbers and modern composites to produce impactful installations and experimental one-off pieces. Driven to innovate and explore, Lamba was passionate about creating a modern piece of furniture that was both elegant and practical.

'Beautiful furniture is often criticised for being useless and impractical and I wanted to prove that a modern minimalist chair could remain comfortable.' The concept for the chair was partly inspired by a visit to a wind tunnel, said Lamba.

'I witnessed a jet being tested... I tried to visualise a chair that flowed harmoniously into the background environment. This in turn led to the continuous shape.'

Lamba is now working on a large, continuous single-piece coffee table crafted with carbon fibre and Nomex honeycomb material. According to the designer it will be almost weightless but incredibly strong, to put that in context for you, it will be capable of supporting several grown men however only one will be required to lift it.