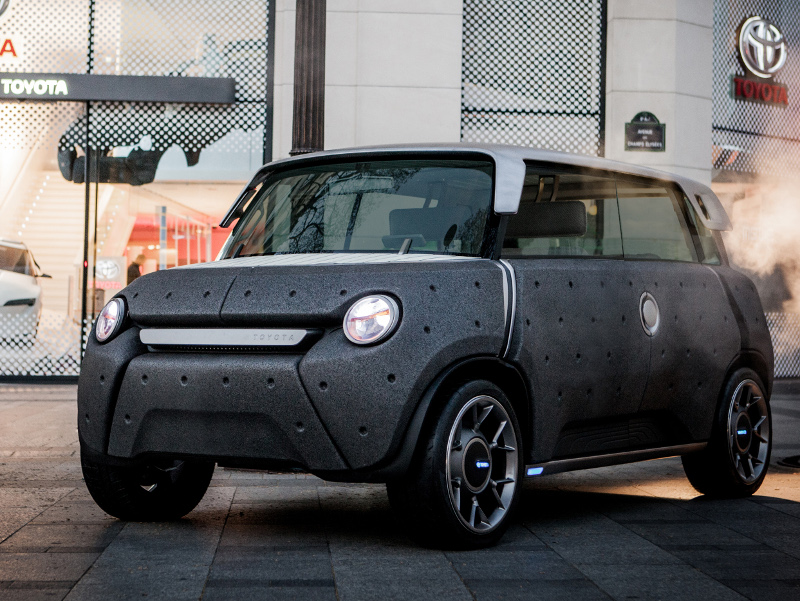 The idea of judging the merits of a Prada dress against those of a school in Nigeria might seem flawed, but in this annual competition, which celebrates the power and diversity of design, we, the people who will ultimately benefit from this creative thinking, are the real winners

From a floating school to a lamppost that listens (via SMS text message), the shortlist for this year's Designs of the Year competition, which will go on show at the Design Museum in London in March, is as diverse and exciting as we've come to expect from this annual event. Established six years ago, the competition, which has pitched itself as the Oscars of the Design world, gathers some of the best design work and creative thinking of the last year in seven categories - architecture, digital, fashion, furniture, graphics, product and transport.

The nominations come from a panel of industry 'experts' including practicing designers and architects, curators from other institutions, academics and tutors from design schools, and journalists and writers, and are then whittled down by a panel of judges, first to a winner in each category and, finally, to an overall winner, which is crowned Design of the Year. This year's crop includes Hello Lamp Post, designed by Pan Studio, an interactive system that allows people to share their thoughts and stories via SMS message, so that they appear on street furniture for others to read and add to, and the Makoko Floating school which was designed by Nigeria NLÉ for a traditional 'water community' that lives on the lagoon at the heart of Nigeria's largest city, Lagos. The 2012 Olympic torch by Barber and Osgerby, which won the competition in 2012

It's also possible - and interesting - to discern in this selection of 76 designs, the preoccupations of our time: many of the buildings, products, and concepts on the shortlist represent mankind's attempts (thought far from being concentred) to reduce the amount of natural materials and energy we use and waste. Designed by Benjamin Hubert, there's a lightweight table whose use of strong corrugated wood allows less material to be used; there's also an 'environmentally responsible' car with electric power wheels and a bamboo interior (main picture). Zaha Hadid's Heydar Aliyev Center in Baku, which is nominated in this year's competition. Photo: Hufton+Crow

If you read about design, you won't be at all surprised to hear that there's a 3D printer in there too. It's a 'desktop' one, the implication being that 3D printing will eventually become something we all do at home. Looking at it now, it's amusing to wonder if this is how people living in the 1950s would have looked at a television.

Past winners have included a folding plug that fits easily into a laptop bag, an energy saving light bulb, and a redesign of the website for the UK Government. As in previous years, the judges 'a distinguished panel of experts' whose names are yet to be announced, will have a tough job choosing the overall winner. As usual, the short-list spans everything from design made to improve the lives of some of the world's most disadvantaged people (a house where children undergoing chemotherapy can live with their families, for example, or a hypodermic needle that turns red when it has been used or tampered with) to things designed simply to appeal to some of the world's most wealthy consumers - the spring/summer 2014 collection from fashion label Prada, for example.

There's an obvious problem with judging these different forms of against one another: namely that they set out to do totally different things; and it has so far tended to be the more useful - if not necessarily worthy - designs that win. But drawing a selection this diverse together in one exhibition makes a powerful statement about what design is and what it can be. To a public that may have certain preconceptions of what designers do - that designers are simply filling the world with more pointless and ephemeral 'things' perhaps - or have perhaps given little thought to the matter - Designs of the Year shows that that word, 'design', can mean many things, from a desirable dress to a portable eye-examination kit - that design exists to delight, inform, to solve problems and, ultimately, to enrich and improve our lives. The Plumen energy efficient light bulb by Samuel Wilkinson, which won in 2011

Even for those of us who deal with design on a daily basis, this shortlist is a reminder of just how much good design and designers can and should be doing in the world. Another of the competition's strengths is the way it has consistently refused to be star-stuck. Each year, the nominations include work by some of the world's most famous designers and architects - household names which this year include Zaha Hadid, David Chipperfield and Miuccia Prada; but these giants of the design world stand as much chance of winning as do students and nascent businesses funded by Kickstarter. Indeed, if past winners, which included recent RCA graduate and folding plug designer Min-Kyu Choi, and Samuel Wilkinson, the designer of the Plumen energy saving light bulb. Whatever the winner, whether it's a building, a dress, a monthly journal for food-lovers or a drone aircraft that's designed to rescue rather than kill, the real point of this competition is to celebrate all that design is, and everything it can do to make our lives better, happier, easier. We, after all, are the real winners.