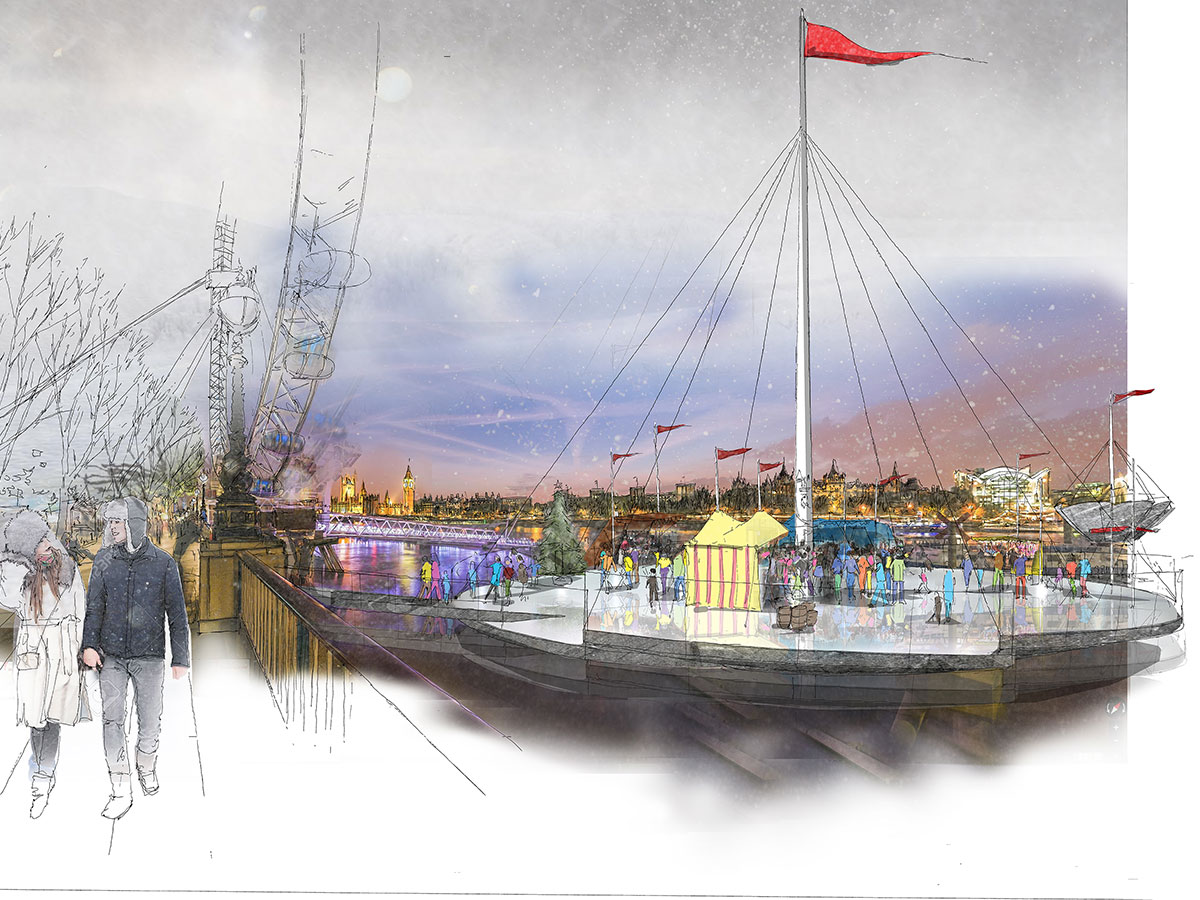 A new concept for River Thames ice rinks is unveiled

Cutting-edge architecture practice NBBJ has revealed a proposal for a series of natural ice rinks upon the River Thames deemed 'Frost Flowers'.

The practice suggests retractable jetties that uncoil into large circular discs. The top layer of the river would be slightly submerged across the 'pan-like' structures and allow the water to freeze naturally to form an ice rink. Above you can see the foldable structure. Top: Closed during summer. Centre: System released and unwinds in river current. Bottom: Filly open and locked during winter

The structure is simple and foldable, facilitating its use in both London and many more city rivers around the world.

In the early 1800s what's known as the Frost Fair was coined, back when London Bridge could restrict the flow of the river causing it to freeze over for large parts of the winter. The Frost Fair was a cause for celebration and featured markets, entertainment, coach and horses, and was in general a carnival on the frozen water.

Inspired by these 18th century celebrations, NBBJ wanted to bring the festivities to London once more. Winter: Frozen over and occupied

This year has already seen a collection of innovative proposals around London such as floating villages and swimming pools not to mention the garden bridge.

'This concept aims to restore public recreational activity to the surface of the river, in an area sheltered from commercial shipping lanes, with an annual event that would reconnect London to its heritage.'

An aerial insight into London