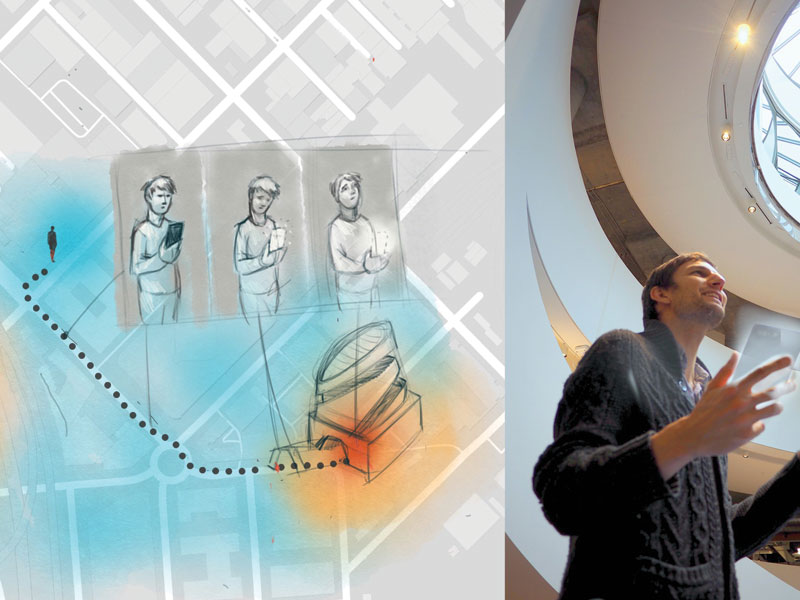 we could see life as it is, rather than through a phone lens, says Aaron Taylor Harvey, of Airbnb

With every passing moment another article is published on virtual reality and it’s potential to change our lives…to overwhelm the senses and to provide new ‘experiences’.

Embedded in this is an assumption that reality, (or Original Reality), is depleted – and maybe it feels this way. Maybe the mediation of the phone has framed life into an experience that can be held within a 7cm x 12cm frame, held at arm’s length. By this standard, then we do need virtual reality, because that screen is small and the content is hardly immersive.

So, architecture becomes confused. Is it simply a series of surfaces awaiting motion content? Is the only way to counteract little screens with the pervasion of really big screens?

In Original Reality, architecture was content. In fact, it was the most elevated content humans could produce, and it still is. But what if the phone helped? What if it made itself scarce at the moment of encounter? What if it’s greatest utility was to simply evaporate as one approached the truly New.

Forcing the user to look up, to become engaged, to see the world unmediated but be denuded of the capacity to share it with #nofilter; to be ‘fully immersed’ in Original Reality. Suddenly, looking in the eyes of a human face surrounded on all sides by a beautiful place can be recognised as what it’s always been – completely fulfilling. Co-founded the Airbnb Environments team with Rachael Yu in 2014. It works to link culture and workspace in an effective, meaningful and innovative fashion. He works as a mix of client and designer, consulting and offering creative input on a variety of projects across Airbnb as the value of architecture and design becomes ever clearer.

With a BA in cinema and an MA in architecture, followed by a stint (2010-2014) as an adjunct professor at California College of the Arts in the architecture department, Taylor Harvey is a strong advocate for designing in the third and fourth dimension, and believes architecture should focus on personal experience and provide meaning as well as decorative value.

Prior to working at Airbnb, he co-founded Myriad Harbour, a design studio working on a variety of commercial, retail and educational projects, with Yu. Initially working on smaller projects for Airbnb, Taylor Harvey was then brought in full-time, having designed One Airbnb and the ground-breaking Portland office. Taylor Harvey will be taking on future projects in San Francisco, Seattle and Beijing.