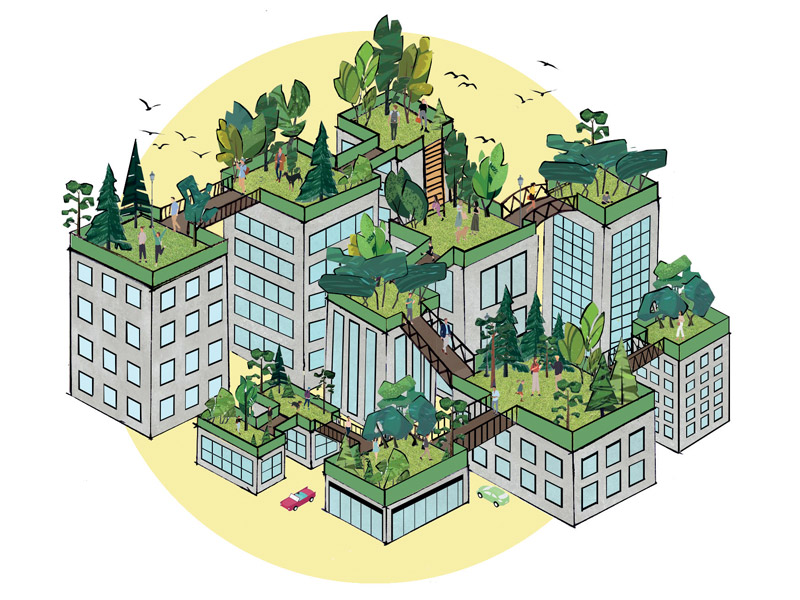 we had space to breathe, says Bianca Yousef, Megan Jones and Heather Sharp from 74

MANCHESTER, where our studio is based, is a thriving urban conurbation and currently the fastest-growing tech city in Europe. At the same time, it’s also the UK’s third most air-polluted city and has the highest emergency hospital admissions rate for asthma in the country.

Our concept responds to this – a greening of Manchester’s rooftops, connected to each other via bridges, creating an alternative sky city above the roads and pavements. As well as bringing about an improvement to air pollution and a reduction in the urban heat island, the knock-on benefits would be huge, from an increase in life expectancy, with concomitant benefits for mental health, concentration levels and productivity. An insulator effect would lessen the need to heat and cool buildings, contributing to a reduction in global warming, with additional increased absorption of carbon dioxide. 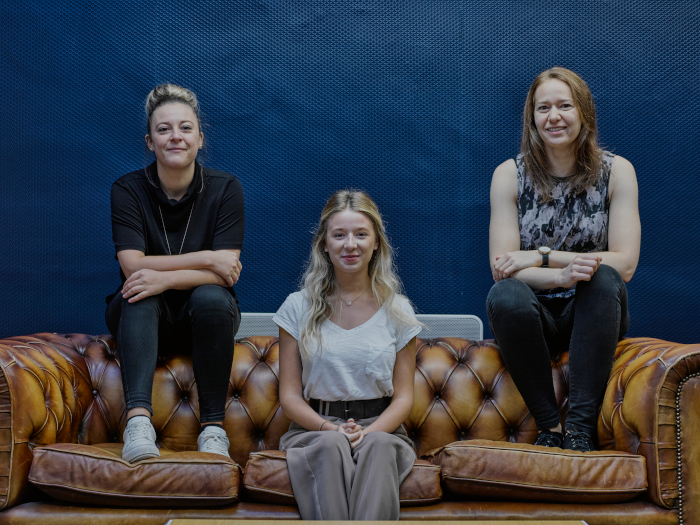 Bianca Yousef, Megan Jones and Heather Sharp are all part of the team at 74, a Manchester-based interior design, architecture and placemaking practice. The company is a leader in the PBSA and BTR markets and won the very first FX Award for BTR projects in 2020.
www.weare74.com