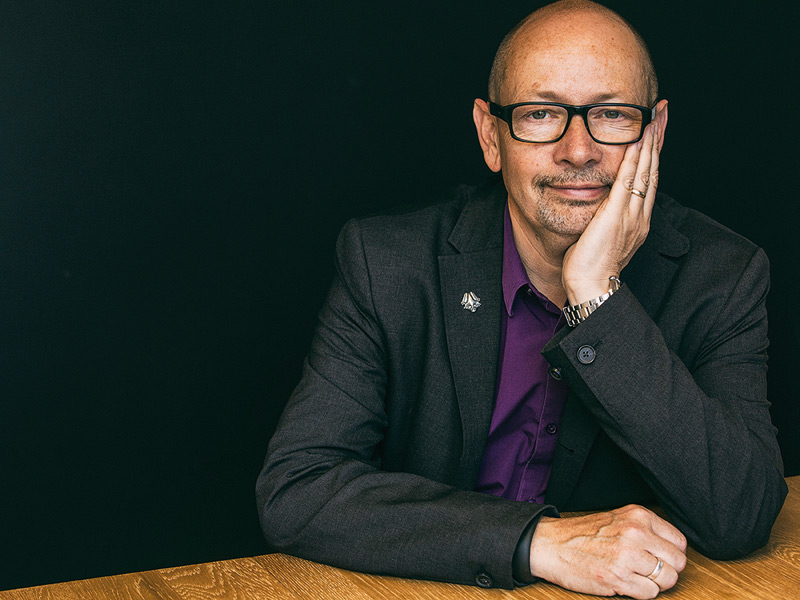 Last month FX magazine hosted the 17th FX Awards, which saw Mark Major announced as winner of the prestigious Outstanding Lifetime Contribution to Design award. The award, in which FX readers vote for its recipient, marks a landmark in FX Awards history, with Major the first-ever lighting designer to receive such an accolade.

A deserving winner too; Major has been a pioneer in the lighting design industry, paving the way for future lighting designers and lighting architects -- once an unrecognised occupation. And passionate in his field, Major maintains an active interest in architectural and lighting education and has delivered lectures in UK, Europe, the USA and beyond. He was also the co-creator of the educational project 'Made of Light - the Art of Light and Architecture'.

Co-founder of lighting design practice Speirs + Major, he has worked on a wide range of award-winning lighting projects including the Millennium Dome, 30 St Mary Axe, Beijing International Airport, the refurbishment of Royal Festival Hall and the relighting of the interior of St Paul's Cathedral.

He was the Lighting Design Advisor to the Olympic Delivery Authority for London 2012 and was appointed to the Mayor of London's Special Assistance team for the Outer London Fund in the same year. A specialist in the field of urban lighting, he was appointed a Royal Designer for Industry in 2012 and named as a key city adviser by Monocle in 2013.

A full list of winners and pictures is available to view on the FX Awards website. Note for diaries: the 2016 FX Awards are on 30 November.