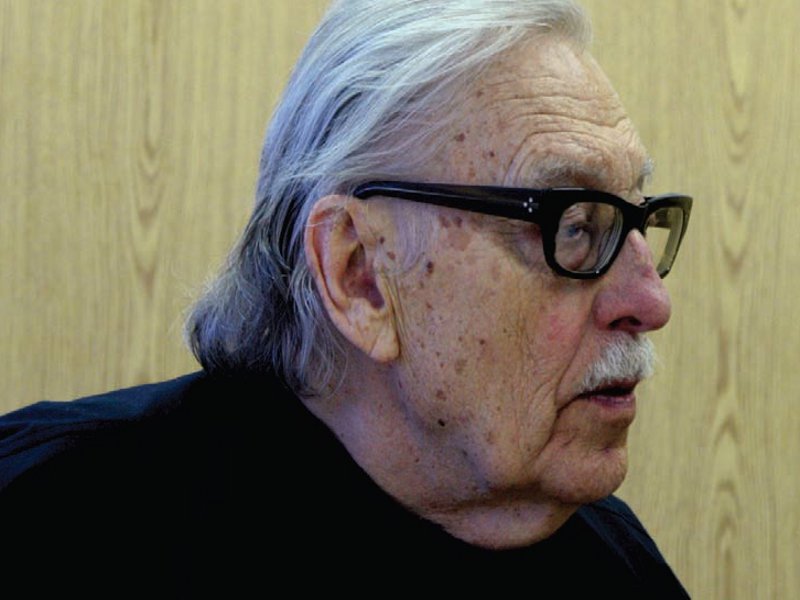 From Massachusetts, where he's relocated after a career in Michigan, the legendary Latvian émigré Gunnar Birkerts talks to Herbert Wright about influences, Latvia and the new National Library

Blueprint: You admire Aalto, Asplund and Saarinen. Is there something in the Baltic background you all share that informs the architecture?

GB: We are all North Europeans, we have these climactic conditions, we have the same vegetation and all that. I was working with Saarinen. There was something with us in common, otherwise he would not have hired me, probably. Corning Glass Museum extension (1980): Birkerts says it's the building he's most proud of

Blueprint: Yet you say architects and styles don't influence you. What is your creative process?

GB: I do synthesise everything in my mind. I don't have any attachment or particular interest with any direction or philosophy or dogma -- I have design principles. I don't believe in any architect's form-giving whatsoever. If I design a building, I might look at a published building -- not to be influenced, not to do what's been done before, [but] just to stay away from influence. The mind is not that clear that it would not reproduce something it saw from years back.

Blueprint: Metal surfacing characterises your portfolio and is central to the new National Library. Does it spring from Fifties' American optimism, a futuristic Atomic Age dawning? The futuristic Duluth Public Library (1980) refers to barges and 'speaks of the transportation of coal and the Great Lakes', says Birkerts

Blueprint: What was your experience of Latvia during Soviet times?

GB: I had one or two trips, to give lectures and show what I was doing [in exhibitions]. There were overwhelming crowds of people coming to us and they liked it. You couldn't talk about intuition and the sub-conscious, and I use that an awful lot in my architecture.

Blueprint: What Latvian architecture from the Soviet period impresses you? Blueprint: How did the form of the National Library of Latvia develop?

GB: I'll tell the story. My proposal was the Glass Mountain, it was the right image. People embraced the idea. Then a new idea came about the rising up of independence, symbolised by a Castle of Light that was sunk in the dark [and] should rise, and it did rise. What did that do visually? It changes stuff -- how the light was defused into the interior, it meant more terraces, physical projections on the roof.

Blueprint: Is the building both metaphors at the same time?

GB: Yes. There are many metaphors, it's so hard to take them and put them on the table. They are amalgamated in this form.

Blueprint: How do you feel about the original design being reduced in size? GB: The ceilings were lower than I wanted them to be. The building was originally twice as big. It was the same height but it went over the street at the back. It was more flowing; it became less elegant.

Blueprint: What about the building's colour?

GB: In the early models, the building was shown as almost white. The building is basically concrete, the glass is just skin, cladding. I stayed with the glass. The problem is, it's sort of grey-green. My countrymen cannot quite adjust to that. They may expect it to be like window glass. When you take a big piece of glass, it's green. I'm happy with it, I just want everyone to be happy with it.

Blueprint: How was it to work in the metric system after a career using imperial units? GB: I was coming back to something that I knew well.

Blueprint: Is the National Library of Latvia your final great work?