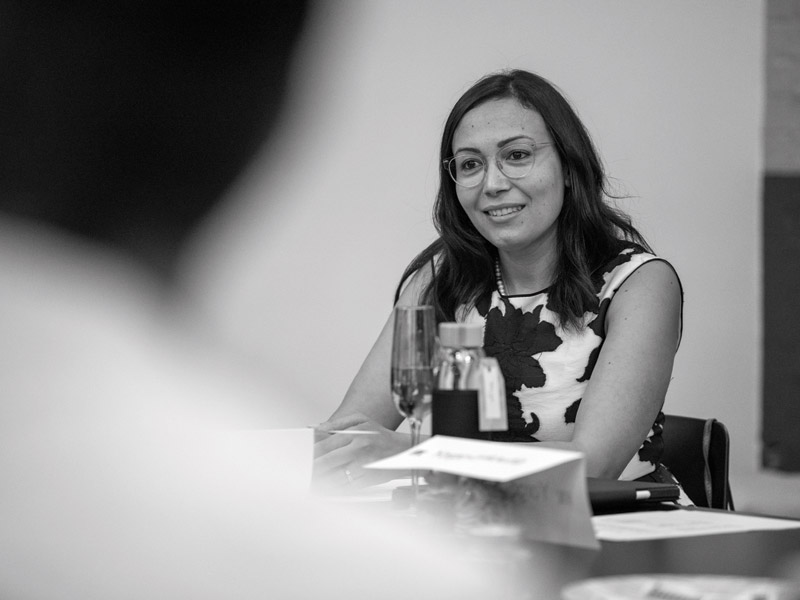 Experts from across the design world gathered to discuss the importance of pattern and how it is executed.

Gathered together at Amtico’s offices in London, experts from across the design world discussed the importance of pattern and how it is executed, as part of the FX Design Seminar ‘Patterns – Trivial Pursuits or Essential Design?’. Pamela Buxton explores their findings, with photography by Gareth Gardner

PATTERN IS all around us, from the subtle flecks in the flooring we walk on to the distinctive prints on our clothes. So often a source of delight, it is often at the heart of what makes a design scheme memorable. But is there a fine line between pattern and fanciful decoration and ornament? How can pattern coexist harmoniously with brand identity? And at a time of climate emergency when every effort should be on designing for sustainability, can too much pattern hamper attempts to design with longevity?

These were among the issues grappled with at the FX Design Seminar ‘Patterns – Trivial Pursuits or Essential Design?’, which took place at Amtico’s offices in London. Pattern and ornament — Chair Theresa Dowling, editor of FX, kicked off the seminar by asking whether pattern is something that is integrally built into the design of a building or is something that is added later in the design process. She raised the questions of just how much importance can be attributed to pattern in our industry, against the backdrop of fashion, trends, and the historical context of pattern in products, textiles and architecture, raising the lasting images of Marimekko’s designs, Gehry’s architectural freeform pattern of Bilbao, Marks Barfield’s mosque and the ‘Homemaker’ plate of yesteryear. 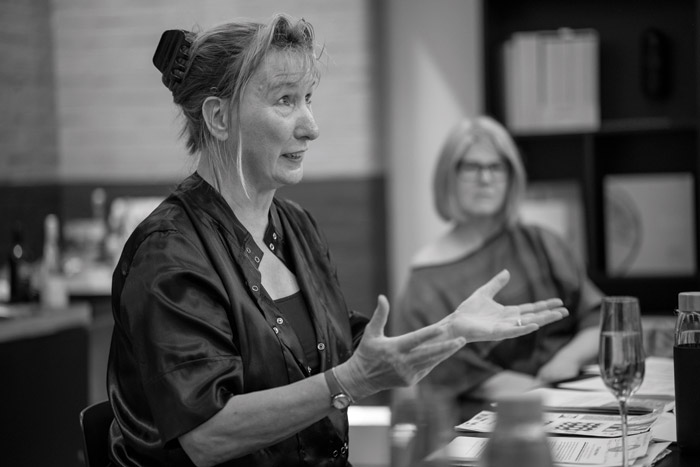 This led to a discussion on the very nature of pattern, and why pattern can be viewed pejoratively in our industry, as decoration and ornament have sometimes been perceived over time. And then again how pattern can be an essential ingredient for a successful project for clients. Even if they don’t know it.

Jane Lawrence of Knight Dragon raised the issue of pattern in relation to ornament, and commented that while pattern is perceived as repetitive and having a rigorous, almost earnest mathematical quality, ornament is often seen as something much more frivolous, flighty and superfluous to what it is on, referencing ‘Ornament and Crime’, the renowned essay written more than a century ago by Adolf Loos. 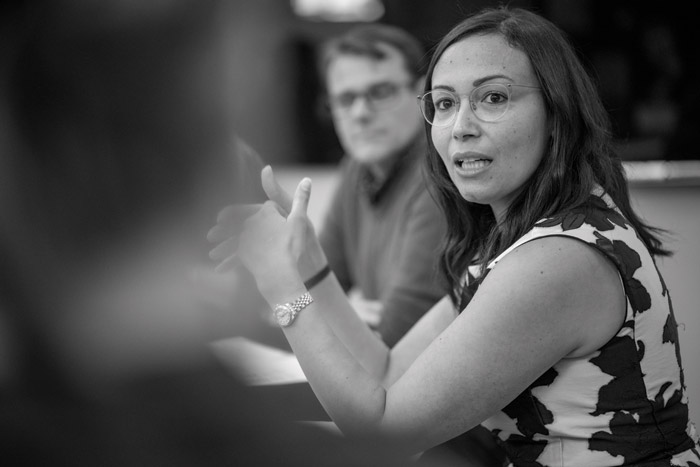 She also later cited the great late 19th/ early 20th century American architect Louis Sullivan’s belief that the beauty of a building lies in its ornament such as ornament on a pediment, but very much within the integral, rigorous framework of the building, rather than as a superficial addition. 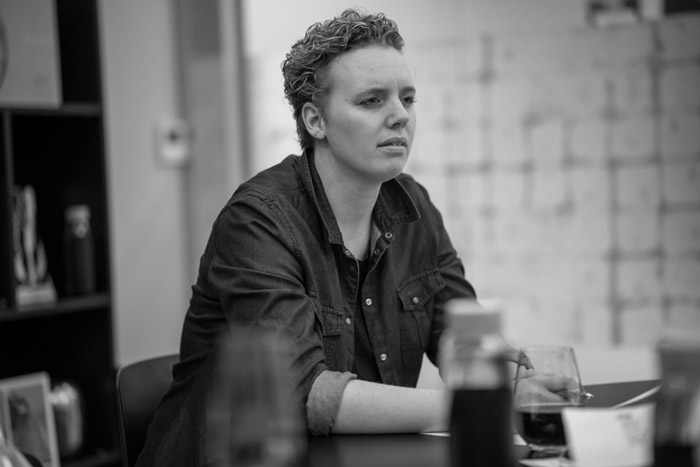 As well as giving another layer of sophistication, pattern can, she says, serve as an optical illusion to tackle, for example, low ceilings.

The difference between ornament and decoration is nuanced, according to Justin Nicholls of Fathom Architects. He commented that using texture and pattern was widely accepted by modernists as a way of bringing an extra level of detail.

Citing the weaving-inspired patterns of Anni Albers, he stressed the importance of pattern that has a strong rationale behind it rather than a purely ‘emotional response’. Another example are the celebrated fabric designs of the London Underground, whose patterns are driven by their practical function of hiding dirt and wear and tear. 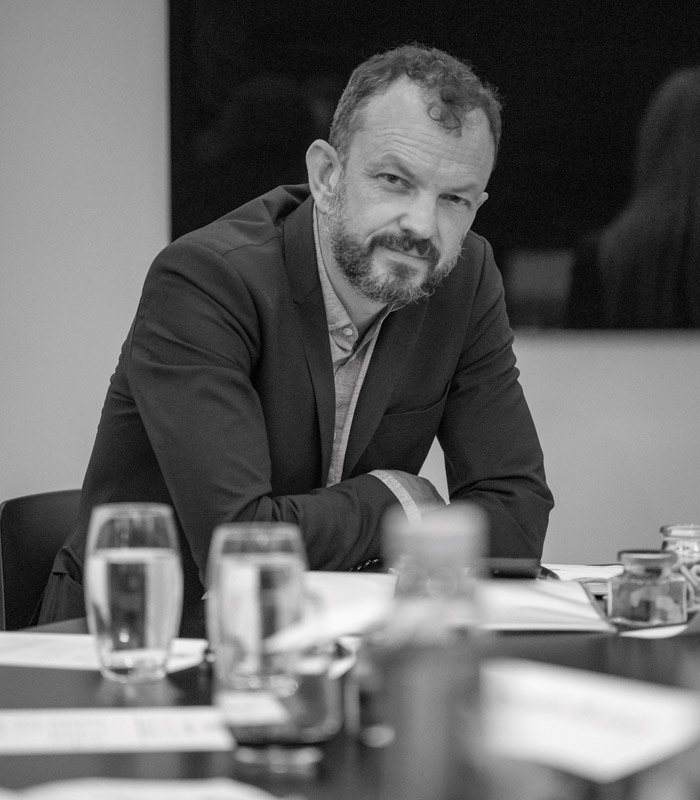 Lawrence observed that while pattern has historically at times been perceived as a dirty word, this is no longer necessarily the case.

‘We’ve gone through modernism and minimalism, and now we’re becoming more friendly again with pattern,’ she said. Yet it remains controversial, and so it can be very difficult, she adds, to get clients on board with something that’s very graphic right from the start. 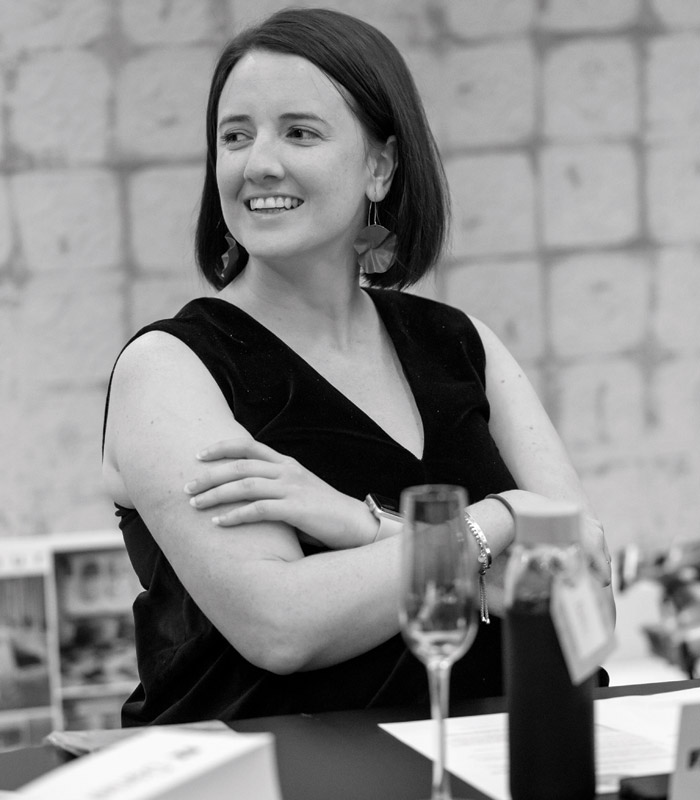 Patterns and fashion — Considering how the use of pattern has gone in and out of fashion over the centuries, Theresa Dowling wondered whether pattern is now going through a Renaissance. This prompted a discussion on whether and how patterns date, and on subjectivity.

Justin Nicholls commented on how pattern can be used in very different ways – as an accent, and sometimes as a backdrop. It can provide a way of tying a whole building together, from the facade to the interior and the finishes. It is, he says, less controversial the calmer it is: ‘Colour feels like it dates quickly, whereas a pattern doesn’t necessary date if you’ve treated it well.’

And what happens when patterns meet branding? According to Naomi Buckley of TP Bennett, patterns that are a manifestation of a brand can feel like pattern for pattern’s sake, and are in danger of being a bit of an afterthought that can date. 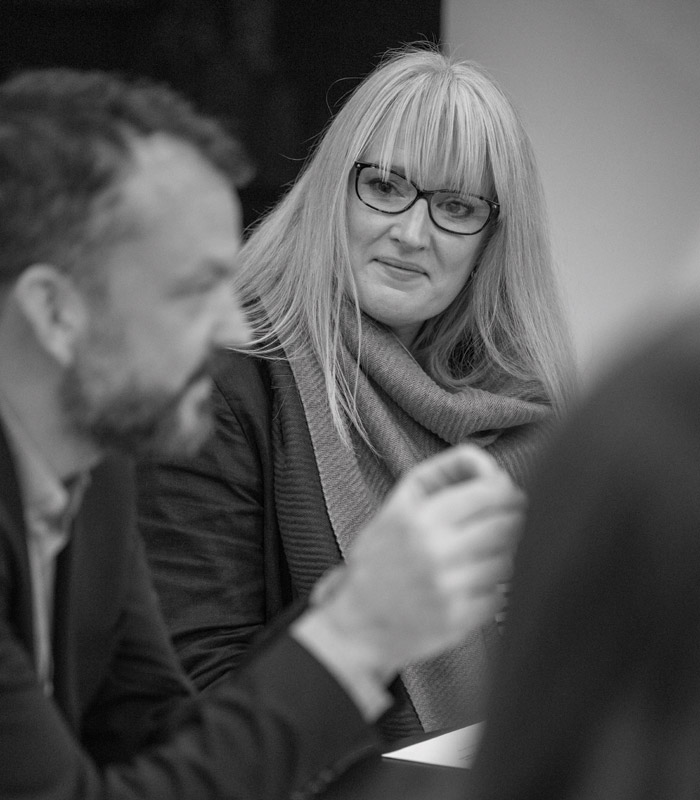 One of the challenges facing manufacturers is designing to appeal both to the design community who specify their products and to the broad consumer audience, especially when everyone has their own, often strong, opinions on what they like.

‘Everyone’s got an opinion on pattern. It’s very, very subjective… A consumer’s view of pattern is very different to an architect or a designer’s view of pattern,’ said Amtico’s Sarah Escott, adding that the company is designing patterns that people ‘feel familiar with and can understand and put straight into their project’ while also providing patterns that give ‘instant impact’. 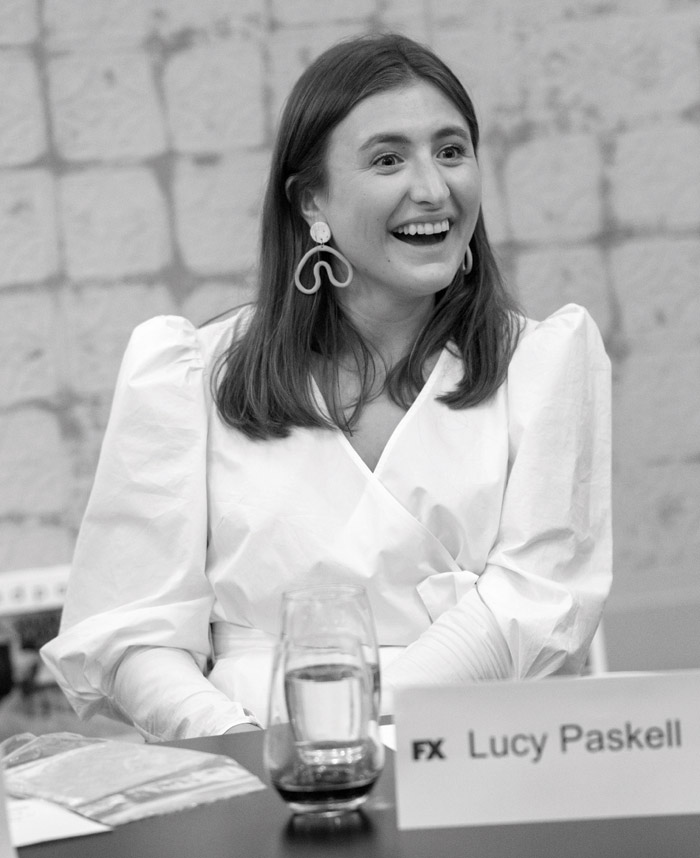 Designs are developed 18 months in advance, and during this process Amtico is absorbing and processing all sorts of interior trends and influences – a recent collection, for example, drew inspiration form the Brutalist architecture of Coventry, where Amtico has a factory.

Escott’s colleague Lorna Williams described how, in tandem with the aesthetics, the design team always considers how the product is manufactured and how it might be used during the design development programme – whether it’s being used as an easy-to-live-with background, or for impact, or to lead people through a space, for example. Longevity, she says, is important, so it is essential that the pattern is not something that people are scared by – it should not overwhelm. 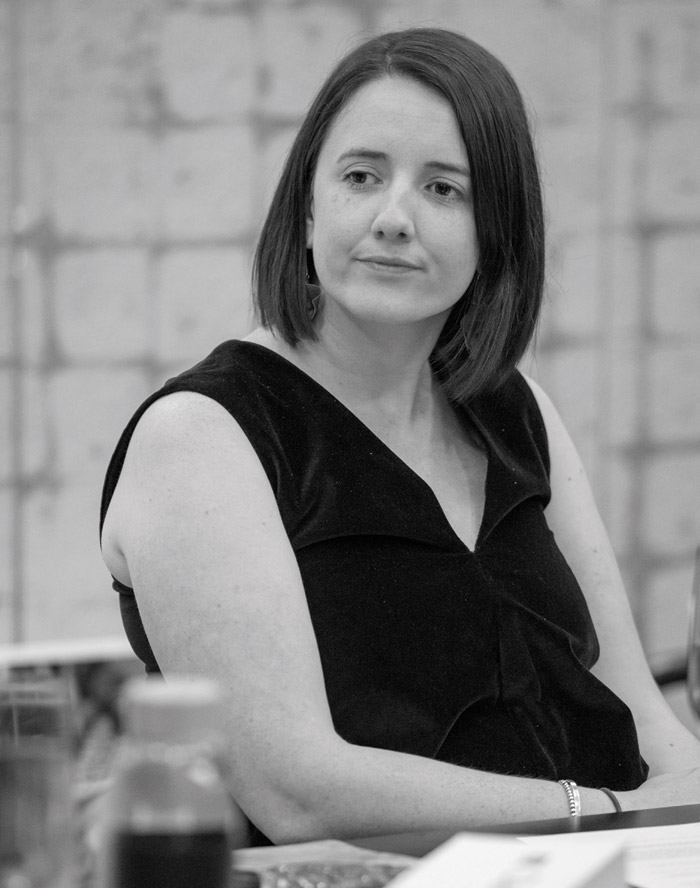 It’s all in the mind — So what patterns are likely to have mass appeal and stand the test of time?

Naomi Buckley commented on how clients can become nervous if patterns look too full-on in case the effect is too stimulating. Angular patterns, said Amtico’s Lucy Paskell, can often be seen as the most scary and the least familiar.

And what of neurodiversity, which is increasingly becoming part of the conversation as designers and their clients seek to create more inclusive environments? This brings with it a greater awareness of how certain combinations of colours and forms of pattern can be problematic for some people. But there is also the question of whether this leads to designs being diluted during the design process – perhaps the answer was more choice of environment. 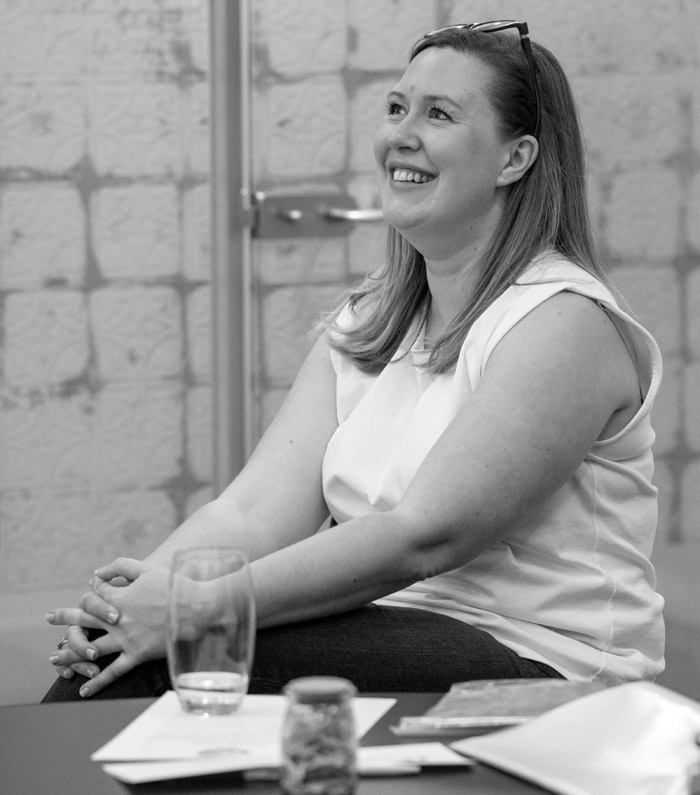 Sarah Escott wondered about how much people are drawn to the familiar and why. ‘Pattern and design is tied to our humanity. So you immediately retract into your own experience.’

‘Pattern does mean different things to different people,’ says Jane Lawrence, ‘our relationship with it can be quite visceral,’ adding that it doesn’t have to be decorative – she is drawn to geometric patterns and controlled, repetitive rhythms. 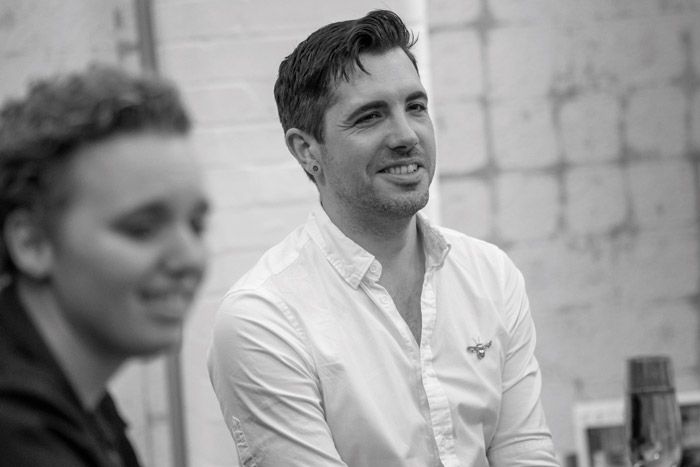 Perhaps this response is also tied to the prevalence of pattern in nature. ‘Maybe pattern is familiar – there’s something about it that we’re in tune with... Maybe [there’s something] in our make-up to enable us to get pattern,’ she says. 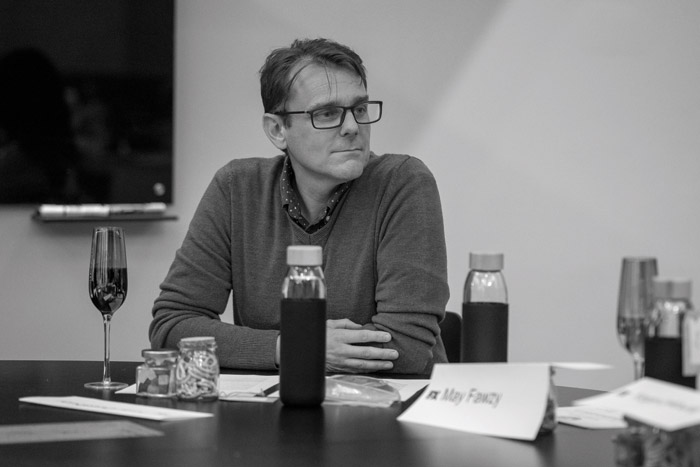 ‘You can’t have wild pattern and wild colour as well,’ says Amtico’s Lorna Williams, who points out that the company developed palettes of 25 colours for its collections.

Daniel Martin of AIS agreed: ‘How to scare a client is [having] something superpatterned and super-coloured, unless you have the ones that go for it.’ 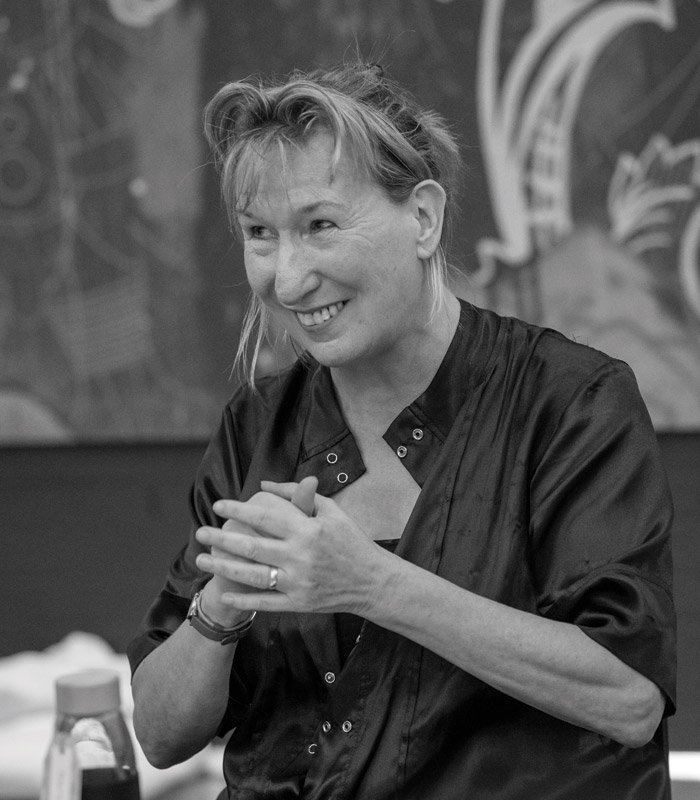 Theresa Dowling wondered whether pattern is now going through a Renaissance

Context is so important – it’s also important to think about where it’s appropriate to use pattern since ‘not everywhere should have it’, he added.

Rainlight’s Yorgo Lykouria spoke for many when he expressed a dislike of mimicry of natural materials like stone and wood in patterns. There are alternatives, he adds: ‘There are ways of achieving a sense of nature in patterns without actually replicating the material… as human beings we’re animalistic and we probably sense what’s real or not.’

Not that participants couldn’t understand the appeal of recreating the familiar wood or marble grain in a practical to maintain material. This can, says Daniel Martin, still give the emotion of the real thing. The setting is also very relevant – people may care if a floor is wood patterned and not actual wood if it’s in their home, but that this authenticity may not matter so much in other contexts. 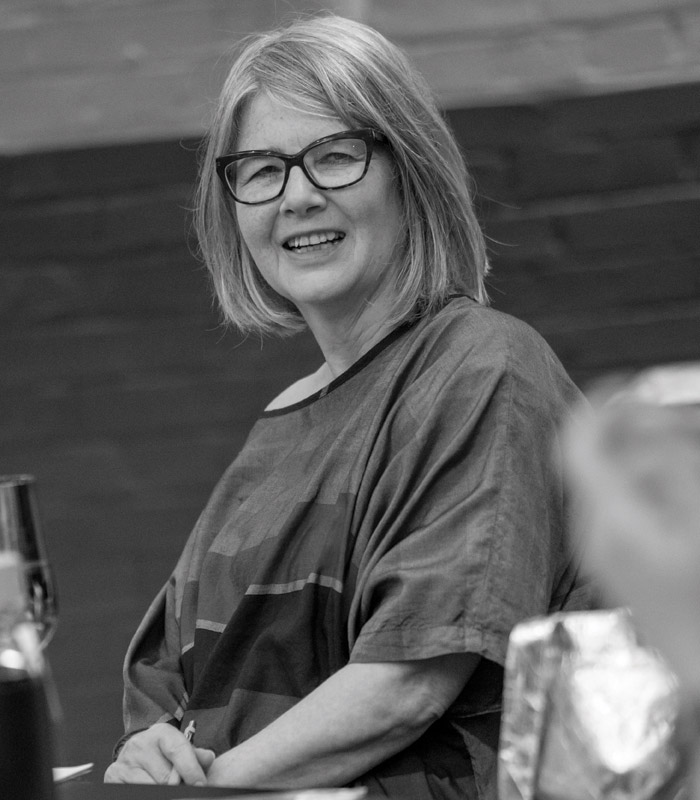 Knight Dragon’s Jane Lawrence talks about our relationship with pattern, which may be linked to the prevalence of pattern in nature

Perhaps more eff ort needs to be made all round to communicate alternative patterns that are true to their material. The consumer needs to be seduced, added Lykouria, who wondered how far you can go from the familiar before people don’t like what they see.

The conclusion around the table was not very. Some clients will say ‘it’s a great design, but we don’t want that,’ Naomi Buckley adds. 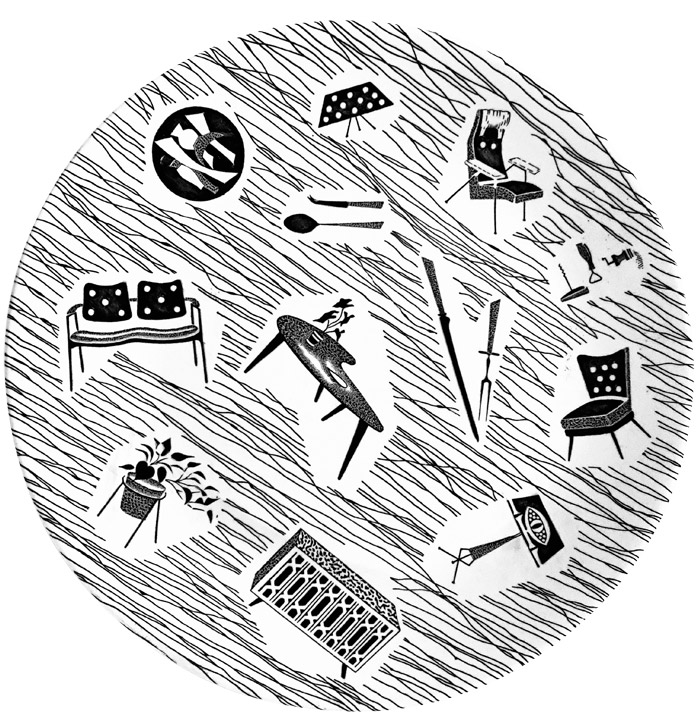 Pattern on a Plate — the ‘Homemaker’ tableware collection designed by Enid Sweeney for mass consumer sales and distribution via Woolworth’s in the 1960s. The pattern was a distinctive black on white featuring illustrations of the latest home furnishings and utensils against a background of irregular black lines. Items illustrated included a boomerang or kidney shaped table, a Robin Day armchair, a Gordon Russell type sideboard, plant holders on legs, tripod lights and lamp shades, and a two seat Sigvard Bernadotte style sofa

Jane Lawrence thought that rather than creating designs that express the inherent qualities of the product and what it can do, too often the result is a common denominator, and that designers and manufacturers alike need to do more to tackle this.

‘As designers, we need to fight the good fight too.’