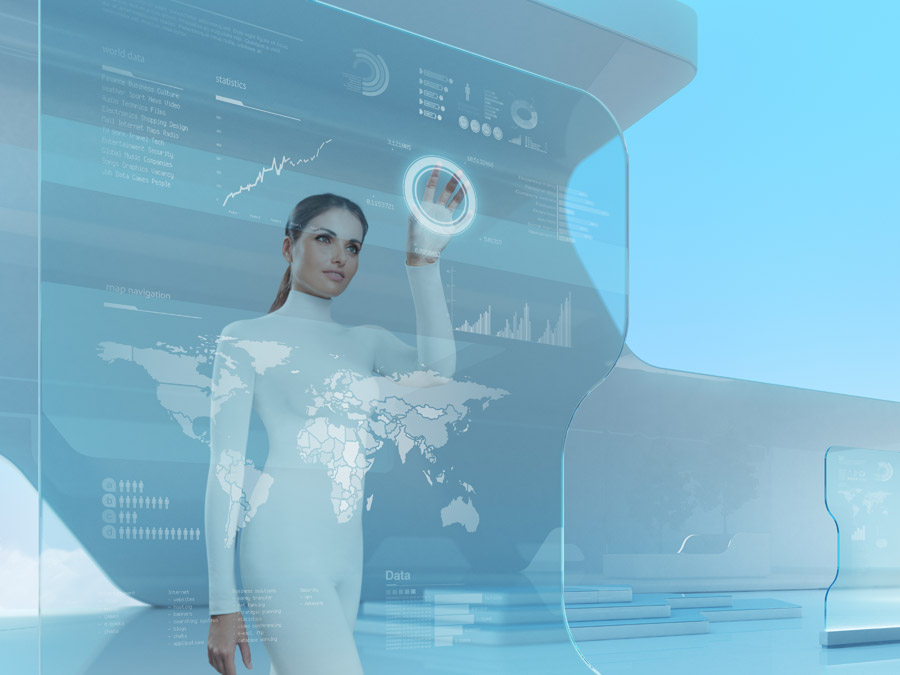 The modern office is changing rapidly with constant advances in technology. One second we're getting smart phones the next they've replaced computers and now we're onto smart watches. The latest technology Oblong Industries is working on is Mezzanine 3, the next generation of the interactive technology first released in 2012. Initially bought by no less than a dozen agencies, the technology is already supporting the military with on-demand situational awareness, increasing conference calls interaction and general workplace collaboration. These advances are launching office design into the future, so we have to consider what major trends are occurring, and what follow up technologies will support them.

DesignCurial looks at three primary trends that are currently being demonstrated in the workplace by Underkoffler, and what changes should be expected to meet these demands:

BYOD (bring your own device) - is invading large workplaces as well as small ones. Workers are increasing their mobility and end up carrying their portable devices to and from meetings. As a result, meeting spaces both physical and digital, are now increasing their demand to respond to and interact with a multitude of devices, displays and work styles.

Bigger means better - Oblong Industries have seen a growing demand for more displays that are bigger and cover multiple walls. As prices are lowering, the value of wall surfaces in the workplace is growing. 'Productivity is directly proportional to pixel count', said Underkoffler.

Variety is key - there is a clear shift in the open office concept to incorporate more meeting places and a greater variety such as huddle rooms, open lounges and classic conference rooms. These allow workers to move seamlessly between them based on activities and meeting needs. According to Underkoffler, it's very feasible to see these kinds of technologies integrating into the workplace, and companies can even outfit a physical digital interface into an existing office space.

'If every workplace had the multi-device, multi-screen, spatially-aware, gesture-enabled, and networked properties of Mezzanine, teamwork productivity would skyrocket.'

So what futurology can we expect to see in our homes, public spaces and workplaces in the near future? According to Underkoffler, the future lies in pixels.

Pixels hold all the information, where understanding and intuition lies, along with the greatest potential for 'deeply expressive user interface (UI)'.

Pixels are already in many locations but they will soon be everywhere, with multi-sized screens on multiple walls, in interior and exterior architectural spaces, private and public. The big breakthrough though is when these pixels all become interoperable, in the same way Mezzanine room pixels are.

The pixels are a shared resource and everything can move seamlessly from one to the next, or straddle two, five, or twenty at once (Underkoffler has ensured we will soon understand what this means).

'In such a scenario, what we end up with is a single, universal device - a hybrid, perhaps, of your existing smart phone and Mezzanine's spatial pointing wand.'

The groundbreaking difference is that you won't just be controlling a small amount of pixels and data with thin communications, but rather work with all the pixels in the world around you.

The future of technology, therefore, holds an awful amount of power for each individual.