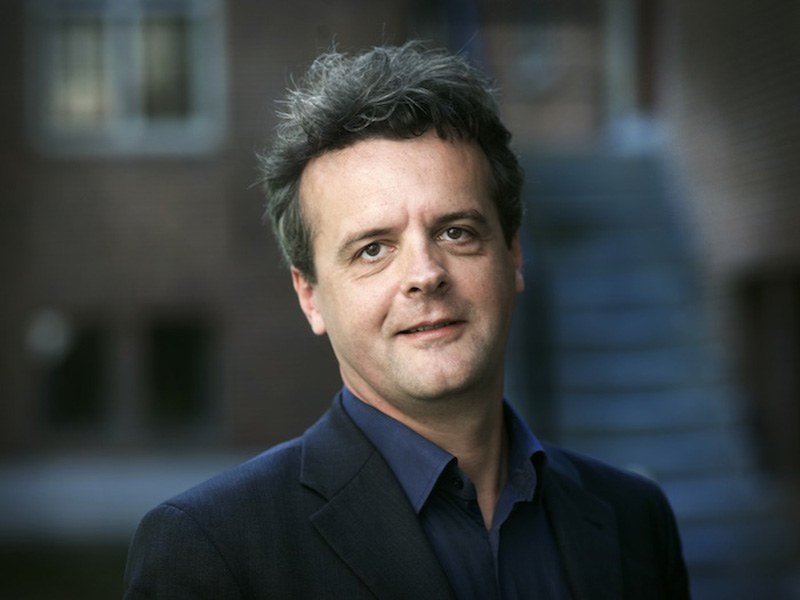 Blueprint invited architectural historian and professor of design Wouter Vanstiphout to comment on (De) Rotterdam — the city and the building — currently gracing the cover of our seriously jam-packed current issue (number 331). His eloquent lament for a city that once vibrated with an untamed, gritty energy, is published here in full.

In 1991 I moved to Rotterdam. At that time it still felt like an ideological choice to voluntarily attach yourself to this scar of a city, rather than self-deporting to the reservation for tourists and students that was Amsterdam.

The city I arrived in was infamous for its emptiness: its bombed-out urban voids and robotic harbour installations on artificial land stretching deep into the North Sea. Sea dykes, train lines and overdimensioned motorways ran straight through the innercity, discouraging the rare tourist to even cross the street to the museum or park, let alone negotiating this way to the Meuse river to contemplate the container-ships chugging upstream. Rotterdam was also loud and dark, producing new-wave dirges from its bands downtown; meanwhile the council flats reverberated with a particularly angry form of local hip hop and a brutish, prolish techno, known as 'Gabber' House (Gabber, ironically, being 'dam slang for buddy or pal).

Rotterdam was also the city where a new architecture came from - not a new style or generation of architects, but really: a New Architecture. My first and very visceral confrontation with this was when we sneaked onto the site of the nearly-finished Kunsthal by OMA. Seeing the building from the inside out, resembling an impossibly raw concrete mess in mid-collapse, was mesmerizing. It condensed the strange infrastructural anti-logic of Rotterdam in a single building, which itself became part of the infrastructural network. At that stage it looked like a building project going surreally, Buster Keaton-esquely, wrong. The contractor who caught us (but then showed us around) was exhausted with having to explain that this was not a mistake, nor temporary but the real thing, that this was indeed how the architect had drawn it: the public ramp running through the building and connecting the park to the seadyke, and the dark street that ran underneath, revealing the offices. Then there was the counterintuitive asphalt cladding on top of marble, on top of glass; the slanting columns in the auditorium, the picturesque tree-clad columns in the main exhibition hall and the harsh steel grids that functioned as walkways. It has been said many times, but this was more urbanism than architecture, and because of that such a joyous embrace of the fractured body of Rotterdam, in architecture. To then see it finished and used by old Rotterdammers grumbling about the weirdly hidden informality of its entrance, or young ones giddily bounding up and down its ramps, was actually moving. You felt vindicated, and understood as one of Rotterdam's voluntary inmates. As so much great art, it is a merciless portrait of its city as well as its manifesto, and it feels like it has been made just for you. Twenty years on, De Kunsthal is OMA's smallest project in Rotterdam. The office's work is becoming ubiquitous and overpowering. This year OMA's largest building, De Rotterdam is being opened, a colossal mass of volumes stacked against and on top of each other, sometimes suggesting several buildings pushed against each other, sometimes one single lump. OMA's latest contribution to its hometown comes 21 years after its first, the Kunsthal, was completed in 1992. Photo: Ossip van Duivenbode

In order to build De Rotterdam, the city decided to move their own planning and engineering offices from three monumental highrises on the outskirts of the city to the new development - thereby making it worthwhile to start building, but also creating tens of thousands of meters of extra vacant office spaces, on top of the hundreds of thousands already crippling the real-estate market in the city. The towers that the city is leaving behind were designed more than forty years ago by SOM from Chicago. Designed for headquarters of multinational corporations, they remained unlet and vacant, after which the city bailed out the developer by moving its planning and engineering offices there from the city centre. In both cases monuments to the free market dynamism of this most 'American' of Dutch cities needed the visible hand of the government to prop them up and help them survive. While on the part of the city the pursuit of this ruinous strategy is caused by a lack of imagination, by not being able to imagine progress, modernity or economic success as anything else than adding more and bigger objects to the famous skyline, what does it say about OMA? The icy grey steel and glass detailing that we see appearing in OMA buildings from London through Shenzhen to Rotterdam, seems informed by SOM's corporate rationale c.1970, or even by Rotterdam's own heroic modernist: Hugh Maaskant, who designed the building that currently houses the OMA offices. I fear something even worse than a lack of imagination, I fear a lack of interest. Instead of being inspired of what made Rotterdam different as was the case with the Kunsthal, De Rotterdam seems just to refer to those things that make Rotterdam the same as everywhere: the old modernist buildings, the byzantine anti-logic of real-estate finance and its expression in corporate architecture. The forbidding greyness of its form works like a sardonic mask, expressing how untouched - or depressed? - the architects might be by the eating away of public finances and at the chances of the existing building stock to find users and investments. There is something exhilarating, something beautiful, but also something tragic about this building, and about its stoney faced muteness. It shows how the city itself no longer is capable of inspiring the architect to anything specific, but that the global production of architecture itself, and the financial and political manipulations on which it depends, are the only frame of reference for the design. Look at the façade and see if the architect cares.

I am convinced that the De Rotterdam will be an incredibly impressive addition to the cityscape, confirming the reputation of the ruthless modernity of Rotterdam. The political and financial mess it is based on will be forgotten in twenty years, and it will be a landmark, a beacon, a symbol. But twenty years ago OMA engaged passionately with the obscure character of this difficult city, and made an architecture that allowed Rotterdam to move forward on its own, quirky terms. Now we have squatting on our skyline a hulking giant who has abandoned all hope of imagining another Rotterdam, a different city, a city just for you.

An edited version of this text was published in Blueprint #331. To learn more about the issue or to subscribe, please click here.