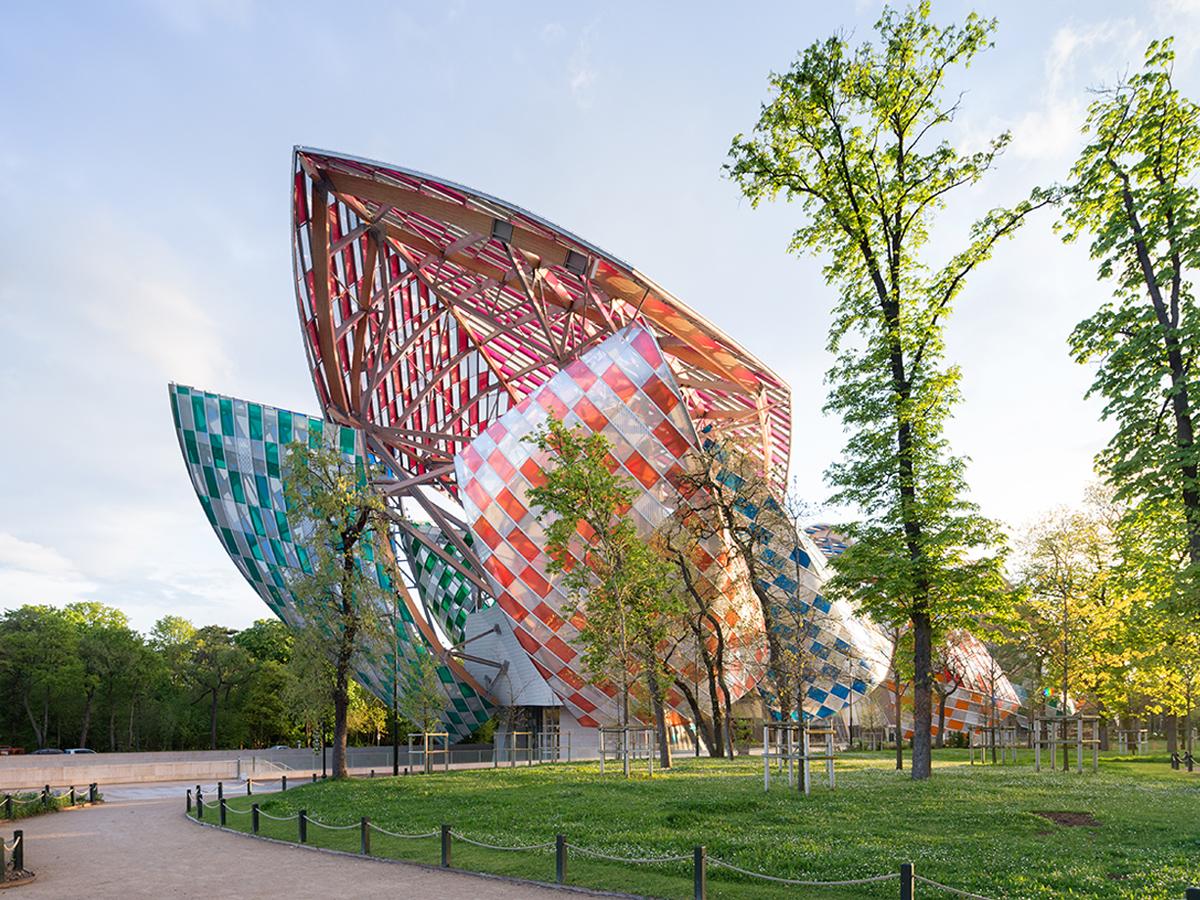 The installation, titled Observatory of Light, was revealed Wednesday 11 May in Paris' Jardin d'Acclimatation. Buren has used multi-coloured filters, adorning the building with 3,600 pieces of glass that envelope the building in 12 'sails'. The coloured glass is arranged in a checkerboard fashion and provides new perspectives in the interior and exterior depending on the time of day. With the influence of sunlight comes a play of colours, reflections and transparencies, creating a kaleidoscope-style effect. Daniel Buren said, 'Almost everywhere something is reflected... I think that this will enable visitors to further understand and enjoy the singularity of this architecture.' Buren is an internationally-acclaimed French artist who has been recognised for his radical use of colour and white stripes, whether it is paint or glass, since the 1960s. President of the Fondation Louis Vuitton, Bernard Arnault, commented on the installation:

'Daniel Buren has designed a grandiose project, pertinent and enchanting, the result of a real dialogue with Frank Gehry and his building. His work responds magnificently to the architecture, in line with his approach, going back to the 1970s, that sees a coming together of colours, transparency and light.' NYC's aquarium of the future includes a planetarium and floating boardwalk