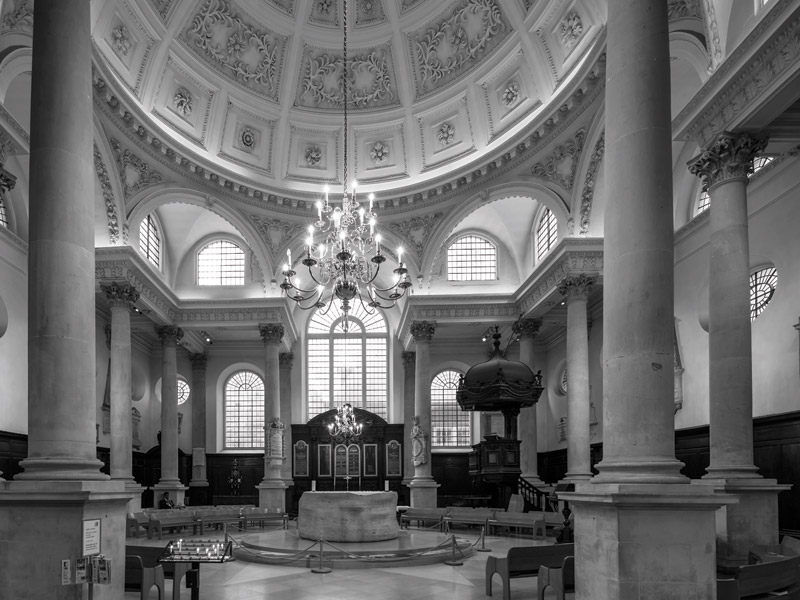 The Anise Gallery in London’s Shad Thames is celebrating its fifth birthday with an exhibition of film and photography focusing on the geometric details of our urban landscapes. Created in collaboration with Miniclick, Sacred Geometries looks at the complex, constructed design patterns of buildings and how, in a world of post-production and filters, aesthetic manipulation and embellishment might come together in the polarising environments of nature and the metropolis. It is inspired by the writings of Plato and recent works by author Robert Lawlor and architectural historian Peg Rawes. On show is a film from Blueprint contributing photographer Paul Raftery — who shot three out of our six covers last year — and Dan Lowe, as well as images from Dennis Gilbert, Hufton and Crow, Hélène Binet, Doublespace, Fernando Guerra, Jim Stephenson and John MacLean. Raftery and Lowe’s new video takes an unexpected look inside Christopher Wren’s St Stephen Walbrook church in the City of London, one of 51 churches designed by the architect to replace those destroyed in the Great Fire of London. Now it is sandwiched between the new Bloomberg building and OMA’s Rothschild Bank, a haven of peace and quiet in a bustling city. Filmed in black and white, the video is a meditative piece that explores the tranquil, domed space with its sculptural altar by Henry Moore. It was shot over three days using timelapse footage captured on DSLR cameras and incorporating motion control, with a bespoke soundtrack by George McLeod. Sacred Geometries is sponsored by Metro Imaging. There will be an evening of short talks and discussion taking place on 6 April in the gallery.