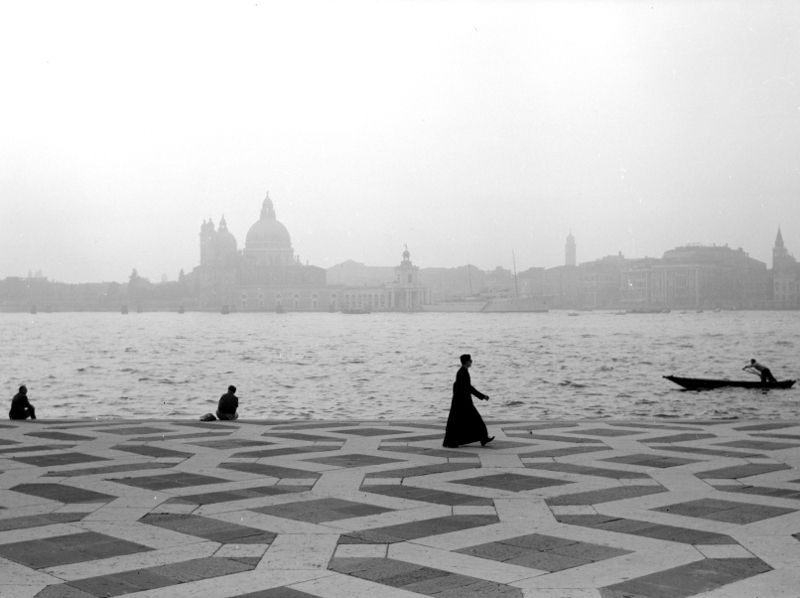 The first major retrospective of Edwin Smith, the renowned 20th century photographer vaunted by John Betjeman and Cecil Beaton, goes on show at the RIBA in London

Dark, sometimes stark and always deeply atmospheric, the photographs of Edwin Smith, one of Britain's foremost 20th century photographers, bring to life both the extraordinary beauty and ordinariness of life in the last century.

Now, the first major retrospective exhibition of pictures by the photographer, hailed by John Betjeman as a 'genius at photography', will go on show the new photography gallery of the RIBA in London.

Ordinary Beauty: The Photography of Edwin Smith will display over 100 black and white photographs from a collection of over 60,000 negatives and 20,000 prints given by Olive Cook, Smith's widow and collaborator, to the RIBA Library.

Alongside Smith's photographs of Britain, the exhibition will show photographs taken on his travels to Europe as well as his published books and photographic equipment.

Specially filmed contributions ranging from Alan Bennett to broadcaster Gillian Darley offer personal perspectives of Smith's work.
As well as being a renowned art photographer - Cecil Beaton described him as 'an understanding and loving connoisseur of his subject', Smith was also hugely sought-after by publishers.

In the 1950s he was commissioned by Thames & Hudson for a series of books, among them English Parish Churches (1952), English Cottages & Farmhouses (1954), Scotland (1955), England (1957), and The Living City: A New View of the City of London (1957). His work featured in Vogue, Shell Guides and numerous other publications illustrating features and books on subjects varying from Great Houses of Europe to The Wonders of Italy.

Ordinary Beauty: The Photography of Edwin Smith is on at the RIBA Photography Gallery, 66 Portland Place, London, from 10 September 2014 to 6 December 2014.