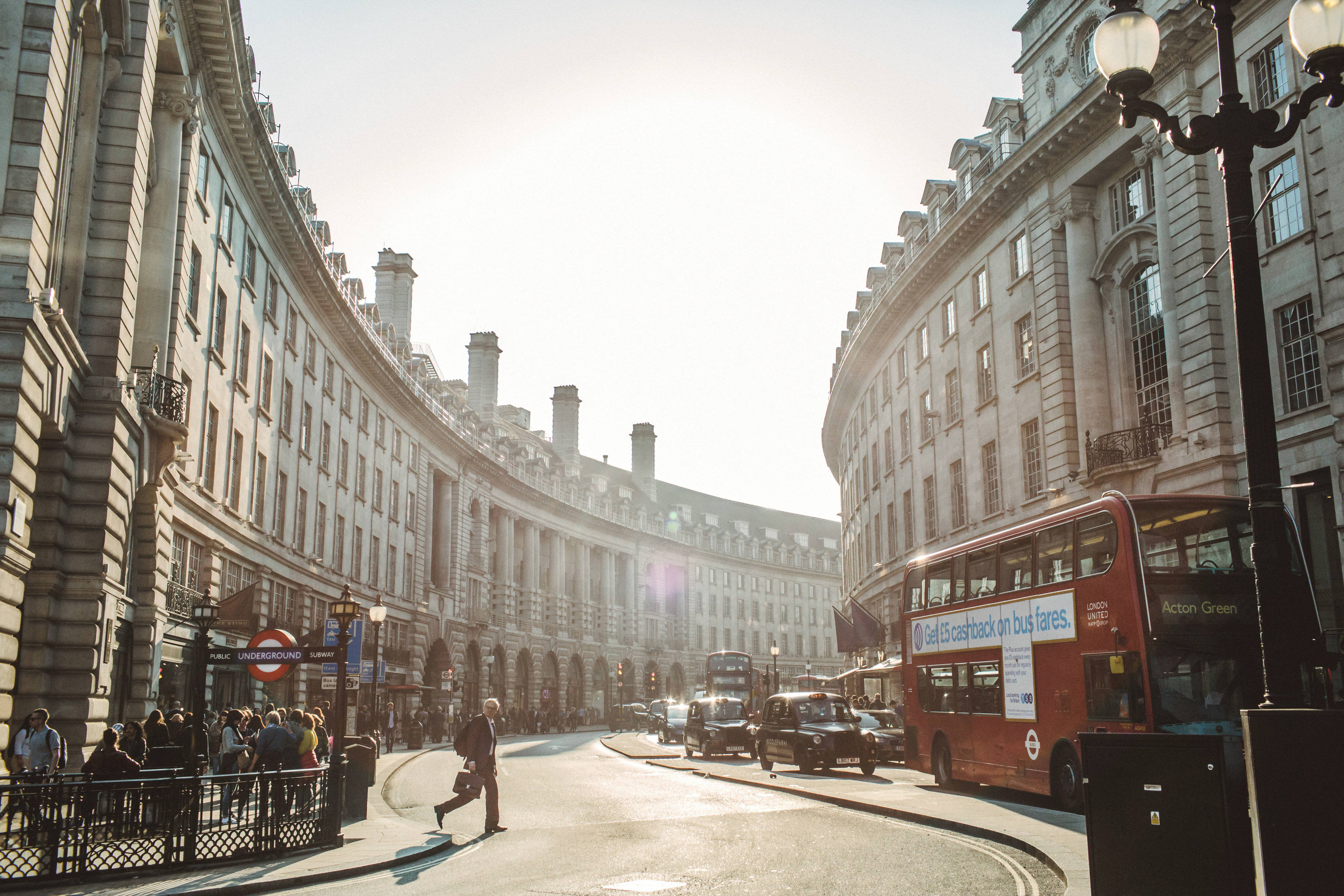 As Regent Street celebrates its 200-year anniversary, we look at the history of this extraordinary street and ask what the future might hold for retail design

World famous for its shopping opportunities and unique design, Regent Street has been celebrating its 200-year anniversary throughout 2019. In the last two centuries, the Street may have evolved, but its Grade II listed facades continue to represent some of the most distinguished architecture in London. Named in 1819 after the Prince Regent, George IV, Regent Street was built under the supervision of John Nash, in collaboration with James Burton. Nash was one of Britain’s foremost architects during the Regency and Georgian areas, also known for his designs including the Royal Pavilion in Brighton, Marble Arch, and the remodelling of Buckingham Palace.

As the original purpose-build shopping street in Great Britain’s capital, Regent Street was immediately recognised as the centre for London’s social scene when its development finished in 1826. The late 1800s saw the Street blossom, with the opening of Café Royal in 1865; Liberty London opening – with only three employees – in 1875; and the world’s oldest toy shop, Hamley’s, opening its doors in 1881. Between the 1890s-1920s, the vibrant street was rebuilt and modernised, in order to update it with the changing fashion scene and building techniques.

The Regent Street seen today is the result of this redevelopment, and is a shining example of the Beaux Arts approach to urban design. Each of the grand buildings that curve up the Street was designed with a unifying façade; this harmonised the street and created the impressive overall affect seen today. Every building was finished in Portland stone, which has now become symbolic of this part of London, and the works were finished in 1927 after being delayed by the First World War.

The Street suffered further damage during the Blitz in the Second World War, with Hamley’s toy store being bombed five times. Nowadays, the only original Nash building remaining is All Soul’s Church – and the entire Street Grade II listed. Regent Street underwent a second redevelopment during the 2000s; after all, while the Street takes inspiration from its unique heritage and exciting, complicated history, it is also keen to look to the future.

200 years after its inauguration, Regent Street is as much of a destination as it ever was, offering a range of shopping opportunities and a curated programme of events all year round – including the iconic Christmas lights switch on in November, Summer Streets, and Fashion and Design month in September. Today, the Regency buildings are home to a wealth of world class flagship stores, including Coach, Kate Space, Apple, Microsoft, L’Occitane and Tommy Hilfiger.

Many of the buildings hold their own architectural secrets, such as the Burberry flagship: previously, it was the ‘New Gallery Kinema’, which hosted the premiere of Disney’s original Snow White and the Seven Dwarves.  The cinema’s grand architectural features are still visible within the store. The streets surrounding Regent Street also have a wealth of culture and history; Heddon Street, for example, has become almost a shrine to the late David Bowie, after the singer posed in front of 23 Heddon Street to launch his legendary persona, Ziggy Stardust.

Heddon Street itself is a foodie haven, while nearby Mortimer Street has become the perfect spot for wellness seekers. Regent Street is also perfectly positioned to be a hub of activity, thanks to its proximity to Oxford Street, the theatre district, Soho and Covent Garden. Despite the changing landscape of central London, of the buildings on Regent Street has stayed the epicentre of luxury and sophistication is the Hotel Café Royal.

Found on the southern end of Regent Street, near Piccadilly Circus, Café Royal was conceived and established by Daniel Nicholas Thevenon (Daniel Nicols) in 1865. By the end of the century, Café Royal was well known for being a chic, exclusive establishment – and at one time, it was also considered to have the greatest wine cellar in the world. Distinguished figures including Virginia Woolf, Winston Churchill and Noel Coward were said to frequent the Café Royal; it was also the haunt of writers and artists including Oscar Wilde, Arthur Conan Doyle and H. G. Wells.

The Café Royal kept its appeal throughout the 20th Century, visited by royalty including King George VI and Princess Diana. It also played host to musical ‘royalty’ including the likes of Louis Armstrong; in fact, David Bowie retired his alias Ziggy Stardust at a star-studded party in the Café Royal in 1973. Dubbed ‘the Last Supper’, guess included Lou Reed and Mick Jagger. Last year, in honour of this legendary musician, Hotel Café Royal launched a new bar called Ziggy’s, paying homage Bowie’s patronage of the grand hotel. While some buildings have stayed the same for much of Regent Street’s life time, others have seen tenants come and go. One flagship, L’Occitane, was only developed a few years ago, in 2017. The brand had wanted a flagship store on Regent Street for some time, but only recently found the perfect site. Designed by FutureBrandUXUS, the flagship store stands out to customers with an immersive, experimental concept. This includes a hand massage bar where customers can try products; a beauty concierge; and a lounge café on the store’s first floor.

L’Occitane Regent Street also offers a personalised gift wrapping service, using every opportunity to delight their customers. FutureBrandUXUS had a strong vision for the store, using yellow and gold accents to flood the two floors with a warm glow. L’Occitane’s first floor is also home to a ‘selfie studio’, where customers can pose and share their experience of the store on social media. Not only this, but the lounge café has recently relaunched as a collaboration with EL&N London, one of the capital’s most Instagrammable café networks. Launched as the first ever ‘Beauty café’, the collaboration has made the L’Occitane Regent Street flagship a pioneer in its industry, combining EL&N’s wholesome menu options with immersive design installations, and L’Occitane’s extensive beauty range. This idea of immersive shopping is one of t ways stores on Regent Street are looking to the future, and adapting to the changing ways that customers are purchasing products.

Another flagship – further north on Regents Street – that is focusing on creating an immersive experience for customers is the world-renowned brand, Tommy Hilfiger. Though the company has been in 138 Regent Street for the past seven years, major redevelopments took place within the building in 2017, when the flagship underwent a 22 week refit. Now the store is four units long on the first floor – the full length of the building.

Tommy Hilfiger’s ground floor is dedicated to Womenswear, while the larger upstairs has been split into four sections, including the Tommy Jeans room at one end, a tailoring area, and a coffee shop called People’s Place, which is popular with local small businesses looking for a quiet spot to conduct meetings or have lunch. The first floor of the Regent Street store also features a neutral space kitted out with panels that can be moved around; attached to rails in the ceiling, these panels have the ability to pop out and turn. Using them, the store team can create modules or separate rooms, creating new, unique spaces whenever they host special events.

The entire concept of the Tommy Hilfiger Regent Street flagship was designed by the in house global creative team from New York; they have filled the space with Tommy Hilfiger’s distinctive colours of red, blue and white, and wooden panelling in the café and changing rooms. While each section of the store is slightly different from the others, the sections work cohesively; they are all bright and open, with free-hanging fixtures – there is a touch on minimalism throughout the store, even though there is an abundance of products on display.

A global flagship store for the brand, the Tommy Hilfiger Regent Street store also boasts a ‘Store of the Future’ status. Tommy Hilfiger sees itself as digital brand as well as a physical one, which has opened up a range of retail opportunities – not only for the company, but for Regent Street as a whole, as the Street moves forwards into its next century. Within the Tommy Hilfiger store, these innovations mean that the brand now incorporates 3D design into its offering, as well as a wealth of immersive experiences.

Within the Regent Street store, visitors will find modern technology working cohesively with knowledgeable, friendly sales assistants: as well as staff on hand to answer any questions, the store features interactive mirrors in the changing rooms; an interactive ‘fit’ quiz in the Tommy Jeans section to help customers find the jeans they’re looking for without hours of searching; an ‘endless aisle’ showcasing the multitude of sizes, fits and colours of some of Tommy Hifiger’s most well-known products; and an abundance of touch screens sharing product information, styling ideas, inspiration and global ‘key looks’.

L’Occitane and Tommy Hilfiger may only be two of the flagships on the long, winding Regent Street, but they are proof that technology and retail are becoming ever closer – merging, even, as brands change to support customers that are shopping across multiple platforms. Aware of the change, Regent Street itself is beginning to adapt, and has even guessed that the future might hold “hyper personal style”. Not only this, but the Street has dedicated to making itself more sustainable as we head into an uncertain environmental future, with a pioneering living wall and rooftop allotments already in place.

Having seen so much change since its inception in 1819, and still flourishing as one of the best shopping streets in the UK, it is clear why Regent Street is leading the way into the future of retail. Its 200-year anniversary marks an exciting point in the life of the Street, which is definitely worth raising a toast to – but, while it cherishes its heritage and celebrates this landmark occasion, nothing will stop Regent Street from moving forwards, paving the way as a global destination that will help shape the future of London.