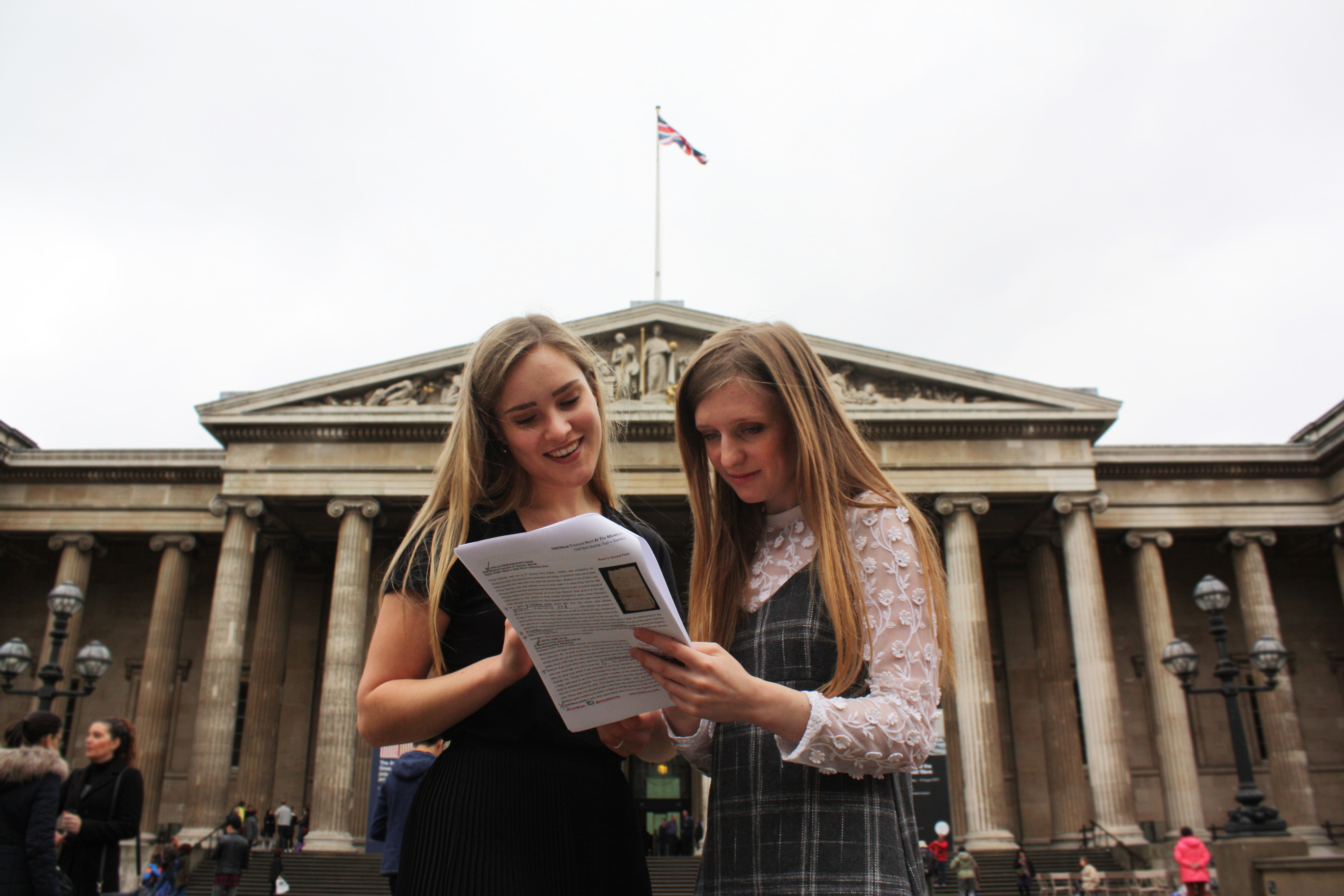 A fun, light-hearted evening spent in unfamiliar corners of the world.

Following its success at the Louvre and Musée d’Orsay in Paris, THATMuse (which stands for ‘treasure hunt at the museum’) has moved across the pond to create bespoke, fun-filled treasure hunts for the general public and independent groups and families.

The idea of the game is to capture as much treasure as you can possibly find within the allocated time limit, which is typically about 90 minutes to 2 hours with teams split into 2-4 people.

The heart racing hunt will get you snapping selfies (Egyptian pharaohs pose included) reading up on the artefacts and discovering much more than you would have during a few leisurely hours wandering around.

The ‘Lady Hunt’ which launched this March celebrates the end of Women’s History Month by requesting hunters to seek out artefacts relating to women from Egyptian, Greek, Roman and Mesopotamian eras all while developing a ‘THATBrit strategy’. Hunters can choose their preferred theme before signing up which includes THATBrit Babes, Skull Scouting and Fun + Games.

Pose for a selfie with the crouching Lely’s Venus or serenade the museum restaurant with a Whitney Houston classic. What THATMuse guarantees is a fun, light-hearted evening spent in unfamiliar corners of the world’s best museum.