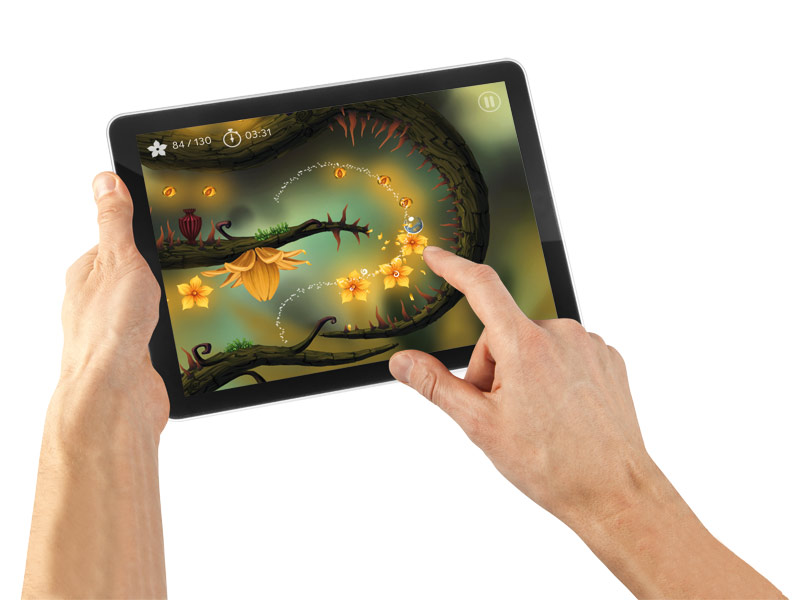 The University of Dundee’s Design in Action programme is helping to help grow the Scottish economy.

'I'm a sheep farmer. I didn't know anything about design,' says Julie, a self-confessed 'wool geek'. But she does now, thanks to Dundee University's Design in Action, a knowledge exchange programme, which aims to place the networks, creativity and know-how of the university and its highly regarded art school -- Duncan of Jordanstone College of Art and Design (DJCAD) -- as well as other Scottish higher education establishments, in the service of local start-ups and wannabe entrepreneurs.

Having endured one harsh Scottish spring of late snows and sub-zero temperatures -- and consequently losing most of that season's lambs -- Julie was aware that diversification was vital to protect her livelihood. She comes from a long line of sheep farmers, with a current flock of 600. And asthma also runs in the family. But the lambing crisis triggered her realisation that she already had a potential solution to both problems: as a professional adviser for farm diversification, she had discovered that sheep wool is potentially one of the most effective natural antimicrobial materials available, ideal for use in anti-allergenic bedding for asthmatics and allergy-sufferers.

Widely used in Australia, its natural assets are little known or advertised in the UK. So, when she saw one of the DiA's posters advertising a knowledge exchange event (called Chiasmas) targeting rural businesses, she made sure she was there. Three years down the line she is due to launch a luxury range of Scottish-sourced and Scottish-made cushions, linens and bedding. The DiA team helped guide her through the branding, market research and customer focus group process and develop both service and textile design. Says Julie: 'We looked at all the commercially available breeds of sheep in Scotland, and tested all their wools to see how it would smell, whether it would hold its shape or not. The focus groups had to feel, touch and smell them too...The team designed a lot of exercises to bring information out that we needed.' It also helped with developing the production process, and costing.

Launching fully this summer (though its name has to be kept under wraps, pending patent approval), this is one of 15 potential businesses that have emanated from the DiA camp, since it kicked off in 2012. With £5m in funding from the Art and Humanities Research Council, and a further £400,000 from Creative Scotland, the DiA programme is targeting those areas of the economy identified by the Scottish Executive as being of high potential economic growth. Initially focused on food, sport, rural economies, ICT and wellbeing, the list has recently been joined by digital imaging, legal services and the circular economy.

The Chiasmas are run every few months (13 had taken place at the time of writing), always targeted to a specific sector. Around 10 would-be entrepreneurs per session get to brainstorm their ideas with technologists and designers, with one or two making it through to receive both grants and assistance. Three of the resulting design-led businesses have already launched, and are turning over in excess of £2m and employing 76 people. Hearing about the evolution of these schemes really highlights the depth and breadth of what we term 'design expertise' - the many tools that can and should be deployed to clarify the market opportunity and the best approach long before the final selection of materials and aesthetics. There's nothing like peer-to-peer brainstorming for the development of ideas: inspired by a textiles Chiasma focused on sustainability, and fashion designer Dan Vo came up with a 'zero-waste' fashion label, called SEIN, devising patterns which enable her to create whole garments from one piece of cloth, or working with machinists to produce items of knitwear from just one (large) spool of wool.

It's not just know-how, it's contacts and connections that are needed: as young games designer Dan Allan would confirm. Allan had completed a degree in computer programing at Dundee's Abertay University and then an MA in games development. But it was his presence at one of Dundee's long-standing Dare to be Digital competitions in 2014, where he introduced his rather peacefully hypnotic game Baum, that he won the attention -- and a 'commercial potential' grant -- from the DiA team, which then worked to hone the product.

Allan was paired with graphic designer Lyall Bruce (of Dundee studio Fleet Collective), who gave it a clearer identity and branding. The DiA team invited students to come and try out Baum (enabling him to finesse the script in 12 languages), and workshop the game with several schools in Dundee to get vital user feedback. Market research included investigation of the technology landscape and likely competition. Compared to other mainstream entertainment industries -- films, music -- there is very little of this kind of support or mentoring in the game design business, says Allan: 'I know a lot of other start-ups and they have had nothing like this input.' When the game was deemed ready, the DiA team organised a visit to Apple's games portfolio manager in London, who signed it up on the spot. It launched on 22 January and is now available in 122 countries.

But here's one final piece of smart design logic behind the scheme: though the would-be entrepreneur benefits from vital funding, skills and a schedule, perhaps crucially the DiA team also has a vested interest in seeing their protégés succeed: in return for investment it gets a small stake in these fledgeling businesses (which varies according to the input and the risk). These proceeds are ploughed back into the scheme to help grow yet more innovative, design-led Scottish companies: a kind of circular economy of its own.