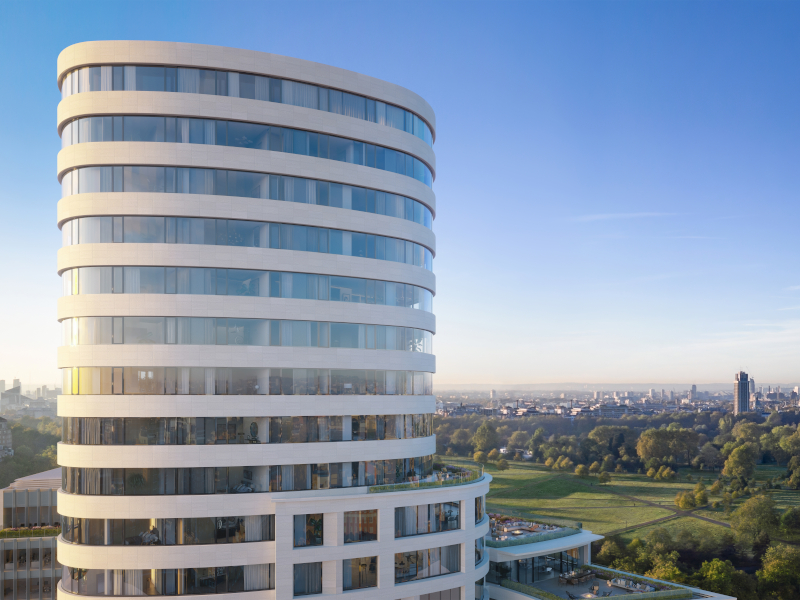 Kathrin Hersel, property director of Almacantar, on what she looks for in an architect or designer

What is your role at Almacantar?

I am the property director overseeing all development activities and functions. When I first joined Almacantar in 2012, I was the whole development team. Now, there are more than 30 of us in the property department, and 46 at Almacantar overall. Initially, we didn’t need a large team until we started building. Centre Point [in London], for example, took nearly four years to get through planning so I was involved in everything, and, as a result, I’ve now got a much better understanding of the full property cycle. But it’s great to be the size we are now. I really enjoy the variety the job gives me, stepping in where and when needed.

What is your background?

I came to London from Berlin in 2002. Before Almacantar, I was development director at Land Securities – which I loved – and was involved in appointing architects and designers, including Rafael Viñoly on the Walkie Talkie [20 Fenchurch Street, London]. It was here that I met Mike Hussey before he left to set up Almacantar, and I followed a few years later.

What is your process for appointing a design team?

I like to use lots of different designers, not only because it makes life very exciting, but because every site needs a unique approach. Sometimes I have a shortlist, sometimes I just know who I want. I like to keep an eye out for who is up-and- coming. Previously, I worked a lot with townscape consultant Francis Golding, and he always had a really good idea of who was out there. I am also a trustee of the Architecture Foundation, which is great as I’ve come across a lot of great young architects through that.

At Centre Point, we worked with Conran and Partners to transform the iconic London skyscraper into a residential building with 82 prime apartments, including a duplex penthouse, and with MICA Architects for the public square at Centre Point and White Lion House, which comprises retail and affordable housing. Our boutique development, Lyons Place, located in Maida Vale, was a perfect match for architect firm Farrells. With Terry Farrell’s home and office located just around the corner, it meant he lives and breathes the area, and has strong emotive ties to the community. Our latest residential scheme, The Bryanston, Hyde Park, is designed by Viñoly, and is his first UK residential building. 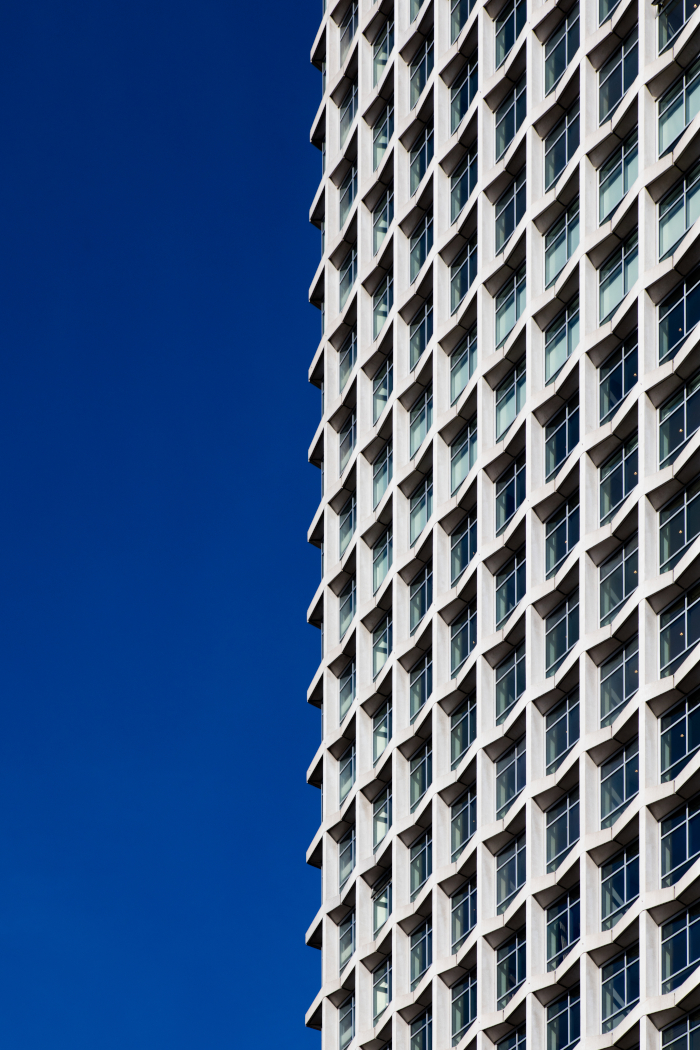 Centre Point, originally designed by George Marsh in the early 1960s, has been refurbished by Conran and Partners under the aegis of Almacantar

When choosing an interior designer for our projects, I keep an eye on who’s around, but they also tend to be very proactive in approaching me. I have had several different designers working on show apartments – it’s important that these designers each bring something different and appeal to different audiences who might be looking to live in the building.

At Lyons Place, we collaborated with Alexander James Interiors, which fitted out our three-bedroom townhouse and recently launched a one-bedroom show home, while A.LONDON designed our duplex penthouse. At Centre Point Residences, there are two show apartments by Conran and Partners, as well as one by MoreySmith (a two-bed apartment) and Spinocchia Freund (our duplex penthouse). Centre Point is popular with empty nesters and younger people without families, and with this in mind, a modern aesthetic taking inspiration from mid-century classics works well. However, at The Bryanston, I wanted something much richer in terms of materials and fabrics. There, Millier is the interior architect, and is also designing the first show apartment. 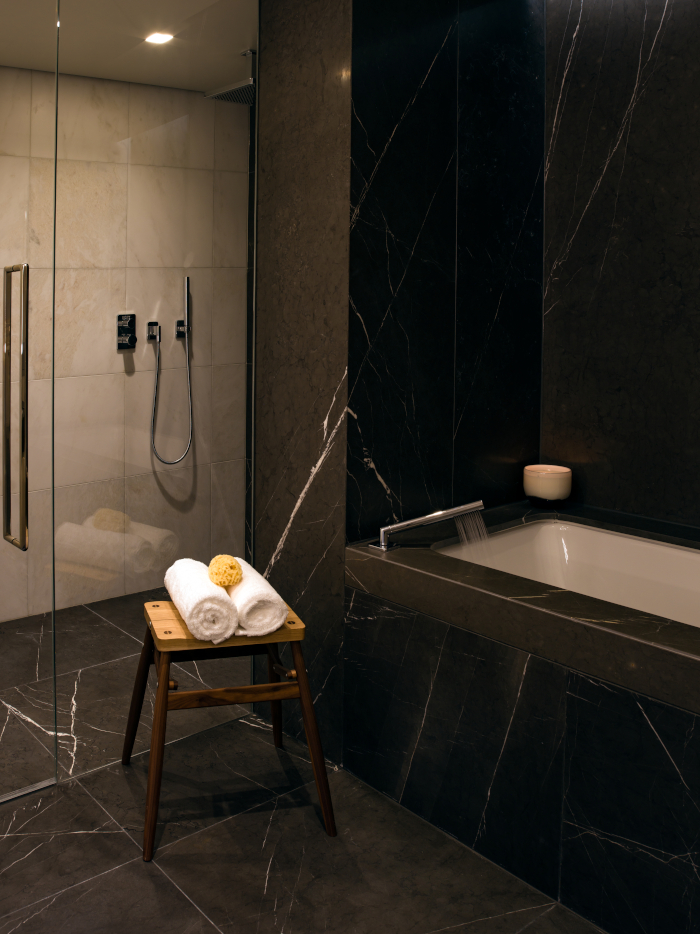 What qualities do you look for in a designer?

We always want to find someone who can give a unique experience to that particular site. I’m looking for someone who inspires and who also works collaboratively with us during the creative process. When this happens, the energy can flow in both directions. But at the end of the day, the design has to get through planning, and it has to be buildable and fundamentally work for the end user.

What do you think the residential market is looking for? And has this changed because of Covid-19?

Surprisingly, we had a lot of enquiries during lockdown, and we even sold seven apartments – four of which were in Centre Point. Interest was from people in the UK and internationally – at the moment we have a lot of enquiries from Hong Kong as people’s priorities shift.

Covid-19 hasn’t changed residential design hugely, but it has accelerated a few trends that were already coming through, such as a bigger focus on natural materials and outdoor space. At Lyons Place, we’re using Zonitise, a sealant film across touchpoints such as lift buttons and doors, and this is something we foresee becoming increasingly important. It creates a ‘constant kill zone’ [for microbes], and is an assurance of health protection to buyers for 12 months.

We’re also working with Ekkist, which is consulting for us on achieving an accreditation of the WELL Building standards, as well as AirRated, which is advising on the air quality within the building and the impact of health a building can have on residents. These include use of materials and the quality of air, light, sound and thermal comfort. It’s the first time I’ve used these standards and it’s never been used before on high-end residential projects in the UK before.

How have you been making your developments more sustainable?

There’s been a huge shift in the last few years to greater sustainability. We are recycling 95% of our demolition material, and we’re trying to source more material locally to cut out importing materials long distance where possible. Certain elements do still have to be imported, but we are really scrutinising our supply chain. 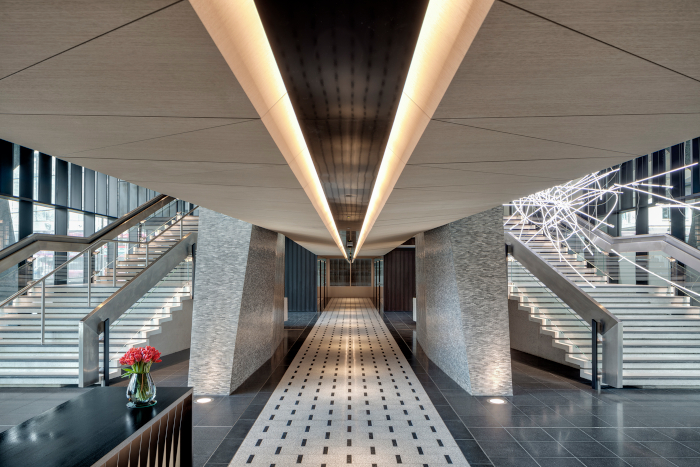 The renovated lobby in Centre Point, which is now purpose-built for residences rather than commerce

I really enjoy the variety and the different types of people I meet every day. I love being around hugely creative people. I also know how to deliver successful projects and I enjoy steering them through planning into construction and delivery – the whole creative process.

The challenge in being a client is that designers have a habit of revising their designs and never quite finishing. I have to know just when the design is ready to move forward to planning and construction.

What projects are coming up next?

Centre Point is complete, with 60% of the apartments now sold. Lyons Place has just [been] completed and is selling well, and The Bryanston, Hyde Park is under construction. As well as 54 apartments, this includes an office building, which is already pre-let. 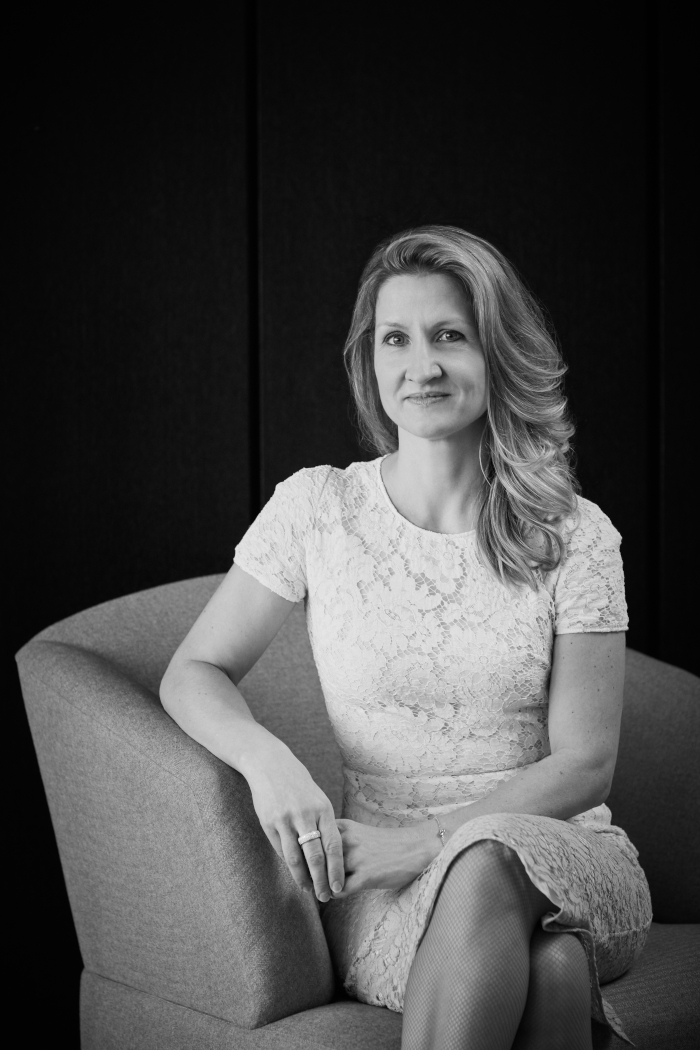