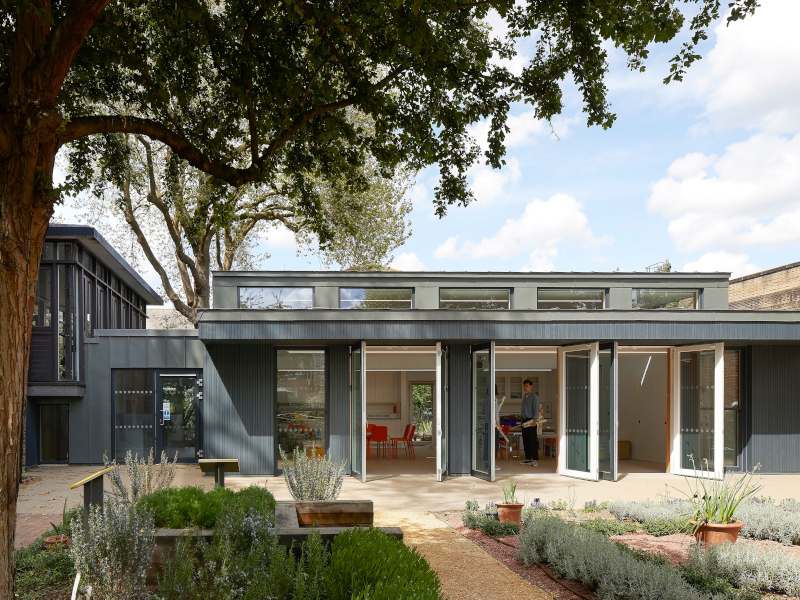 Sonia Solicari, director of the Museum of the Home, talks about her role and the museum’s recent redevelopment

What’s your role at the Museum of the Home? 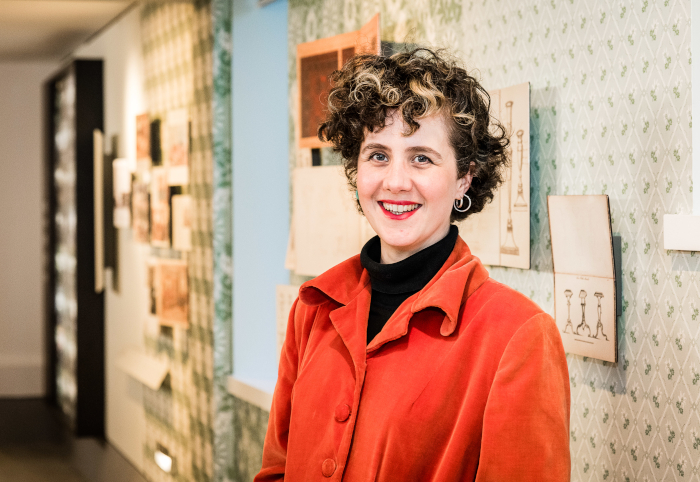 I’m the director, so I lead the strategy, vision and mission of the museum. I was also project director for the redevelopment project. We had a wonderful team that drove the project forward, and I chaired that. It was great to do that in the wider context of where we wanted the museum to go, beyond the project itself. Now the project is completed, it’s not so much an ending but the beginning of the next phase of the museum. It’s been around since 1914 and has changed several times already – it started as a furniture museum and was then the Geffrye Museum of English Domestic Interiors. The redevelopment is part of that continual evolution.

Have you had any previous experience of working with designers and architects? Where had you worked before?

I was previously at the Guildhall Art Gallery, and worked on a complete rehang and the creation of new exhibition space, in collaboration with Metaphor. Before that I was at the V&A. There I was part of the curatorial team for the Stanton Williams-designed ceramics gallery, but I wasn’t leading the project.

The museum has just reopened after a £18.1m redevelopment. What was the vision for this?

By the time I arrived at the museum, the brief had already been formed and Wright & Wright had been hired. Increasing visitor space by 80% freed us to develop our vision for the Museum of the Home as being both universally relevant and deeply personal. When I saw the mix of proposed new accommodation for permanent galleries and flexible space, I had confidence we could indeed be that museum.

Part of the brief for Wright & Wright was to increase the visitor flow around the building, and fulfilling this made the entire site more accessible. So now it’s much more possible for us to be flexible in our programming around the site, and this autumn we’ll be launching the Festival of Home. We couldn’t ever have envisaged such an ambitious cross-site festival with the building the way it was before the redevelopment.

For the redevelopment, you worked with Wright & Wright Architects, exhibition designers ZMMA and identity designers dn&co. How did these collaborations come about?

Wright & Wright and ZMMA were already on board when I arrived after being appointed via a tendering process and brief. With dn&co, I was very much part of the commissioning process. When the brief went out, we weren’t 100% sure if we wanted to change the name of the museum completely. But in the process of working with them, dn&co gave us the confidence to go the whole way, and they also helped us to think about our new mission to reveal and rethink ideas on the home. This inspired the graphic identity – the designers played with shadow and light and that informed the final look and feel of the new brand. They developed a colour palette quite early on, inspired by colours they saw on our site – red from the brick, green from the gardens and blue from the sky. The red was turbo-charged into coral and became one of the core colours in our new identity – we want something that stands out in its right and doesn’t clash with what’s there. dn&co worked with Colophon Foundry on the bespoke font. 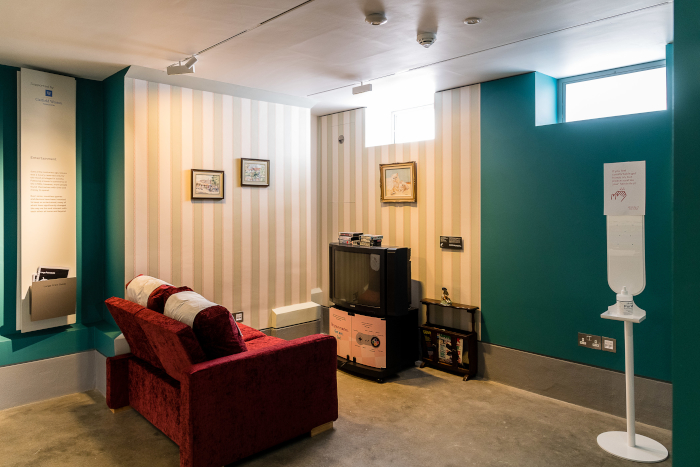 What qualities do you look for when commissioning designers and architects?

We want to work with people who share our values and are as keen as we are to create a new type of museum. We also look for people who are happy to challenge and push us as clients. We definitely had that with dn&co as we were initially quite timid with the brief. 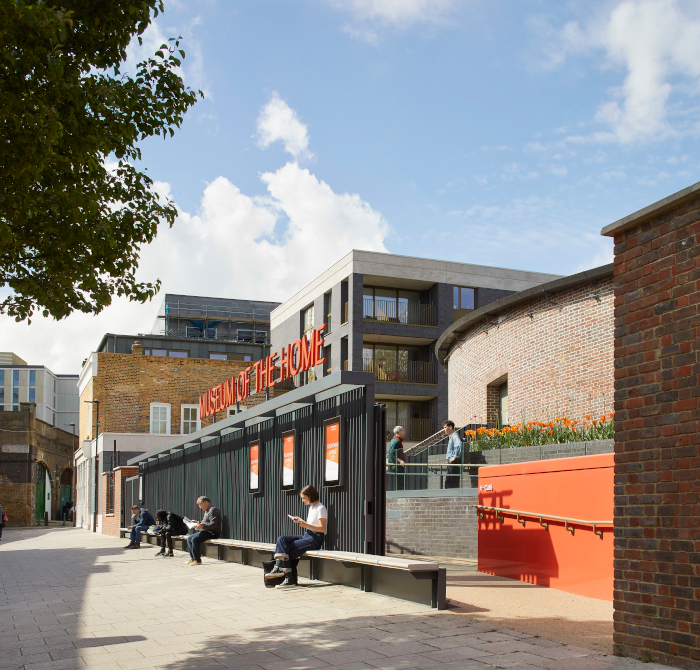 What were the main challenges of the architectural part of the project?

Working with our 18th century buildings was always both a really exciting opportunity and the biggest challenge. Because we weren’t dealing with white cube spaces, we had to be flexible and agile in our curatorial responses because we never knew what the quirkiness of the building would throw at us.

The brief started with the problems we had with visitor flow, which was linear and led to bottlenecks. We were unable to accommodate buggies and wheelchairs and visitors had little choice over their route. We also had problems with the storage of our collections which were housed in the damp, cramped almshouses basement and was too small for the curators to stand up in – that was a really urgent problem that had to be solved. So we needed more space, but we also needed to make sure we preserved our 18th century building for the next 300 years.

Wright & Wright’s solution was to create a more functional basement level in the almshouses to accommodate exhibition space for the new Home Galleries, and to reinstate the first floor to incorporate a study area. The practice also created a new entrance and two new garden buildings, and relocated the café into an adjacent former pub.

What were your priorities for the Home Galleries and how have you worked with ZMMA to achieve your vision for these new exhibitions?

Our priorities were to show a more diverse view of home. We also needed to take a more thematic approach, which combined the contemporary and the historic, in contrast to the chronological Rooms Through Time displays. We want the galleries to speak to people very personally and encourage them to think about what is the same, and what is different, to their version of home. We wanted to embrace the domestic scale of the new exhibition space but also give the different, bijou sections their own identities by introducing very vibrant hues. We encourage visitors to spend time in there and have a very intimate experience with the exhibits. ZMMA really embraced working in such a challenging setting. The brief was to work with our Documenting Homes collection, and ZMMA incorporated photos from that propped up on boxes and shelves within the gallery spaces.

Has the completed redevelopment project exceeded your expectations? What do you feel works particularly well?

One thing I think really works well is being able to move around the whole site so easily. I also love the amount of natural light that now comes into the building and the new connections between inside and out. We turned some windows into doors, and had some brilliant light engineering done to work out when we can open up the blinds without damaging the exhibits. Visitors get a real sense of where they are in the museum and there are framed little vignettes of the gardens through the windows, which become part of the display.

What have you enjoyed most, and least, about being a design client for the redevelopment process?

I love all the creative conversations – getting all the plans out and really going into the detail. But undertaking a construction project under Covid was extremely challenging. All those messy site conversations had to be done online, and the task of coordinating all the sub-contractors was trickier. But we did still manage to continue the construction during lockdown. 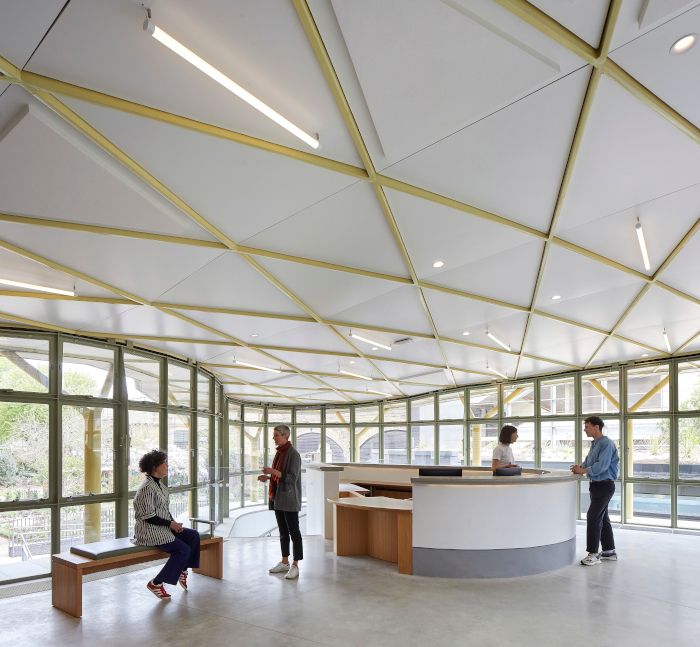 Now that the Museum has relaunched, do you have any more design ventures in the pipeline?

We might take a few months to have a breather after the redevelopment and reopening. Then the big next project will be tackling the Rooms Through Time. These were last redone in the 1990s and they need a fundamental rethink. We know that visitors want to go into them more – but how do we make them more interactive while safeguarding the historical material? We also need to look at whose story is being told in the rooms. I think the Museum of the Home is well placed to be leading the conversation about the recreation of domestic experiences. There’s a lot of thinking to do, and then the fundraising.

We might also look at whether the staff offices in the north and south wings of the almshouses are in the right place, or whether these should instead become public space.