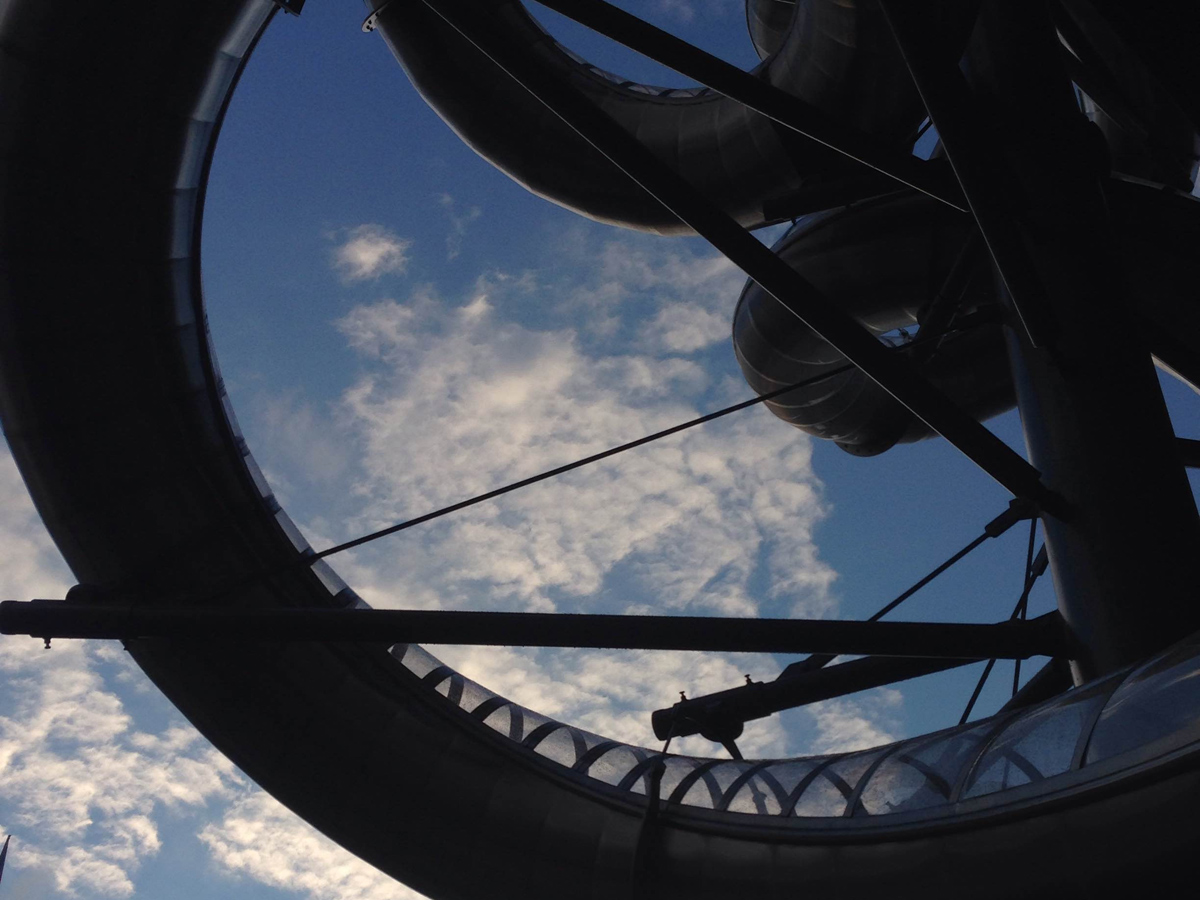 Katherine Houston reviews one of the most talked about exhibitions of the summer, pointing out her highlights and what to expect.

Carsten Holler's: 'Decision' has been the talk of the art community for months, so with just a few days left of the exhibition I make my way to Hayward Gallery, not wanting to miss out and ready to be amazed.

Renowned for its forward-thinking installations of videos, light works and kinetic sculptures, Decision is designed to challenge our perceptions, creating a journey through the gallery. The engaging installations instil new ways of encountering artwork, and every step asks the viewer to make a decision. Entering the first stage of the exhibition, 'Corridors', I am plunged into near-darkness; only slivers of light peak from under doorways. Not too fazed by the immediate darkness, walls become my guide, with the occasional bump along the way making friends in the dark. My choice of footwear - winter heels - is not ideal, and my only concern at this point is not rolling my ankle from a surprise drop in our walkway. Reaching the end of the dark labyrinth, we encounter the Flying Mushrooms: multiple overlarge toadstools atop various beams have been used to signify time. The viewer can choose where to push the lower beam, which moves the entire structure, so I give it a go. I round the corner and discover a sea of red and white pills piled up. The installation is an indicator of time, where every three seconds another pill drops onto the floor. Three seconds was the chosen period as it was Holler's idea of the amount of time it takes to make presence known, or leave an impression. I have to admit I do agree. Not seeing any pills falling from the roof, I investigate to discover there is currently a problem with the pill-dropping machine - the technician was working on it as we spoke - so didn't get to experience the movement first hand.

Having been told in advance to 'take the pill' I'm curious why no one is reaching for any. Do we take the pill? What will happen? Is it like the Matrix? Will it alter our realities? A nearby fountain encourages me. I take the pill. It tastes of plastic, I imagine how it may have been handled and I regret taking it. The first time I walk straight past an artwork 'Wall Painting with Aphids' and I return to realise why. A large insect is positioned crawling down the wall opposite a stairwell, which we would have easily seen had we decided to take the stairs. Not a particularly attention grabbing piece, I find I am distinctly underwhelmed. I also didn't like the concept of missing out on any part of the exhibition, so, being given decisions to make regarding my journey plan was slightly frustrating. While lining up for the video 'The Forests' we are mildly entertained by a lighting installation and a pair of subtly moving beds. They seem quite unsettling and look like they could be from some kind of psychiatric hospital. The idea of spending a night there, which visitors are invited to do, does not appeal to me. The Forests, designed to challenge our perceptions, take you through an eerie forest covered in snow through a headset of earphones and large ski-type goggles. However I felt I had gathered what it was trying to achieve quite shortly and so was subject to the smelly headgear for an unnecessary amount of time. I had a lot of fun in the next hall playing around with the upside down goggles. Viewing everything the wrong way up does a world of difference to your equilibrium, once you've lost balance it was very hard to regain it without a hand of support. Upside down goggle (2015) - note that this installation is actually held inside. Courtesy of the artist, Photo: Linda Nylind Unfortunately it was raining quite consistently, so I missed out on the hang gliding-style activity, but made do with the other installations of TV's, the Pinocchio effect and a warped-reality memory game that would have been quite difficult to play with a whole crowd of people. Two Flying Machines, 2015, courtesy of the artist and Gagosian Galler Holler's exhibit, Decision, has incorporated projects from the past 20 years. Each twist and turn forces the audience to make many decisions - not just to take a pill, but which one? I'm hoping I've improved my lack of decision-making having breezed through each decision opportunity.

The biggest highlight of the exhibit was the Isometric Slides. I found that good clean fun that finished under a crisp blue sky was the perfect way to exit Decision. Isomeric Slides, 2015, courtesy of the artist and LUMA Foundation

Carsten Holler: Decision is only at the Hayward Gallery until Sunday 6 September 2015 so book your tickets now before they disappear.