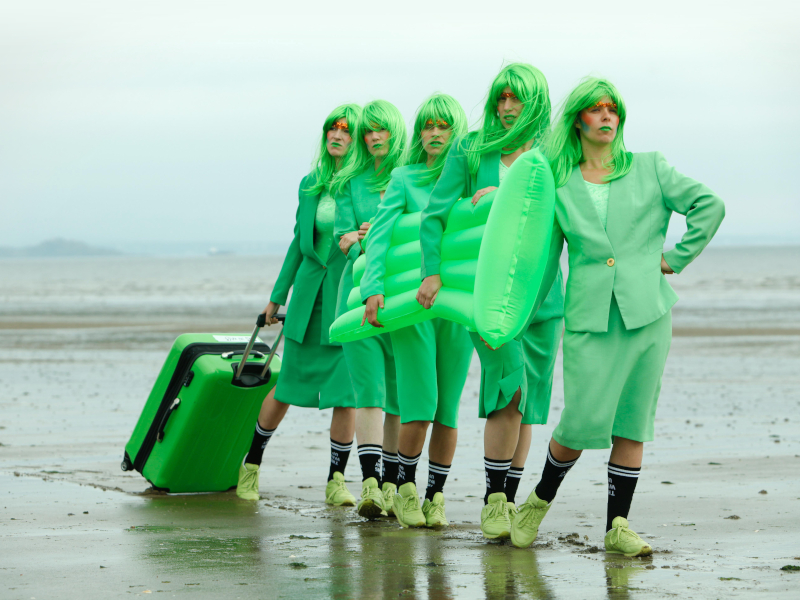 Veronica Simpson uncovers the model of artist support that Wysing Arts Centre has launched, allowing them to survive and thrive in lockdown

Wysing Arts Centre is one of Cambridgeshire’s best kept secrets, and a uniquely important space within the UK’s arts ecosystem. A truly artist-centric organisation, founded in 1989 by two philanthropic couples, its sprawling campus, comprising 11 acres of former farmland and ten buildings, has provided studio, residency and – since Hawkins\Brown completed its RIBA award-winning gallery and workshop in 2008 – exhibition space for around 30 artists and musicians a year ever since. Its generous two-month residency programme has given vital time, space and support for artists at all stages of their careers, several of whom have gone on to win the Turner Prize, including Laure Prouvost, Elizabeth Price, Charlotte Prodger and 2019’s shared prize-winner Tai Shani.

Yet most people outside of Cambridge or the UK’s artist or curator networks will never have heard of it, despite the fact that – before 2020 – they had an annual music festival and three exhibitions a year. Why is that? ‘[It’s] maybe because of our location,’ curator John Bloomfield says. ‘We’re still quite far away from Cambridge, from London. But it’s these remote conditions that make Wysing such a good work place for artists.’ The pandemic’s impact has been huge on this community, according to Bloomfield. ‘Almost without exception the artists we work with – ranging from those who are really successful to really early-career – are all in extremely precarious positions. Hardly any artists I know and work with have any kind of savings or safety net. Everyone we’re working with is one or two cancelled opportunities away from not being able to pay the bills.’

So how did Wysing respond to the crisis? The team decided not to pour time and resources into creating online events for audiences already saturated with screen-based distractions. But money that had been set aside for a major exhibition in the autumn was funnelled into a programme of small-scale commissions for artists they knew and wanted to work with. ‘Before the pandemic,’ explains Bloomfield, ‘the year’s theme was going to be “broadcasting”. We were going to work with our residency artists to see how digital tools could connect us to people who might be separated by disability, isolation, loneliness. Then the pandemic happened, so it went from being niche research to something people had to deal with every day. We set up a website for hosting work and also platforming for small commissions – wysingbroadcasts.art. Our music festival ended up being hosted on there as an online event. It was a mixed series rather than [the usual] 12-hour multi-stage music festival.’ Another major strand of its lockdown response was Transmissions, a programme developed by Tai Shani and curators Anne Duffau and Hana Noorali. ‘It was DIY artist TV,’ enthuses Bloomfield. ‘It ran for a season in the first lockdown, and then also for the autumn. A big part of what they were trying to do was provide opportunities for other artists.’

To this end, Transmissions invited London’s Chisenhale Gallery to join with them for the second season, as well as Somerset House and Newcastle’s Baltic Centre for Contemporary Art. ‘Organisations around the UK that found themselves without a programme, and with budgets they couldn’t spend, pooled resources for a commissioning budget almost all of which was diverted to artists in fees,’ says Bloomfield. ‘It was an amazing programme. It also created a real communal experience.

‘They [Transmissions] insisted that it would go out live and only go out twice, so everyone would be watching at the same time. There was a chat room, and it was probably – to date – the only online experience I’ve had that felt like going to an opening night and seeing friends, colleagues, people you’d like to get to know. It had that feel. It was so important to have that in deep lockdown.’

For 2021, Wysing’s theme is ‘reception’. Bloomfield says, ‘It’s about how we host people, how we can care for artists and audiences if they can’t be on-site. We’re launching a programme: “Reception one-to-ones”, one-off conversations that any artist can sign up for and have curatorial support from the team. We’re hoping we can reach hundreds of artists through this.’ Residencies are still ongoing, but with far greater flexibility as to how, and from where, they are conducted. ‘If we are really about supporting artists, we need to do it on their terms,’ he says. New systems are needed now more than ever if the arts – and particularly the performing arts – are to recover from a year without live audiences and event funding. Luckily, others are also doing some joined-up thinking. In February, a consortium of arts awards organisations announced the Live Work Fund, offering both financial support and career mentoring for 33 of the UK’s ‘most visionary early-career music creators, performance-makers and producers’. By pooling their awards budgets, Jerwood Arts, Wolfson Foundation, Esmée Fairbairn Foundation and The Linbury Trust have created a whopping £660,000 funding pot, with £20,000 going to each of the 33 artists.

Government support for galleries, museums and theatres is all very well, Bloomfield says, but ‘it doesn’t matter who you are in the art world – whether you’re Hans Ulrich Obrist or someone working in reception in a small organisation – none of these people would have purpose if it wasn’t for the artist. All of what we do relies on the creativity of artists, and at a moment of crisis, they are the people that need to be looked after and protected.’