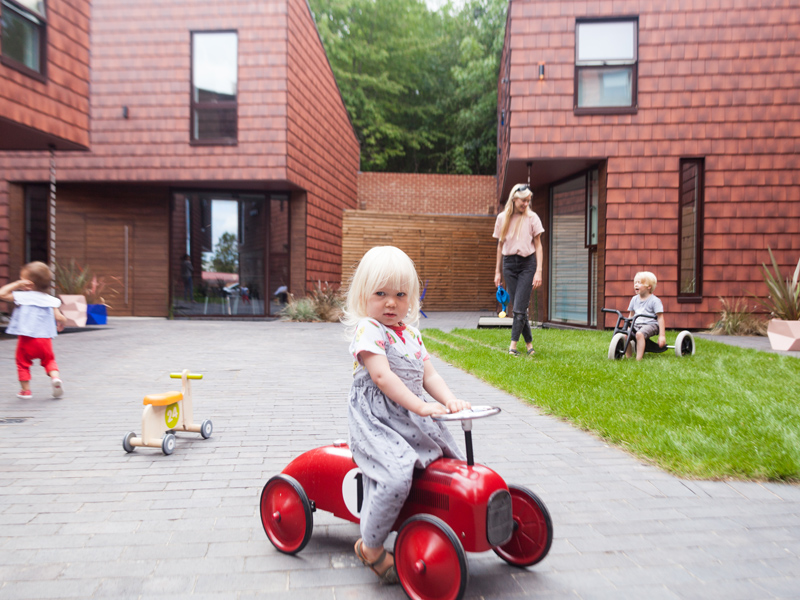 What can housing designers learn from our experiences of confinement during a pandemic, asks Veronica Simpson

Architect Eric Lyons (1912-1980) once said: ‘The test of good housing is not whether it can be built easily, but whether it can be lived in easily.’ Lyons’ legendary Span houses are nothing if not liveable: together with developer Geoff Townsend, he pioneered a new kind of light-filled, modern, open-plan home, set closely but thoughtfully in a shared landscape, and laid out in such a way as to facilitate social encounters. The proof of his success lies in the high value still placed on the more than 2,000 Span homes and apartments built from the 1960s to the 1980s around London and the South East, and the fact that many of the 73 estates they formed have been awarded Grade II listing and/or conservation area status.

Span homes offered an affordable and aspirational entry point for young professionals and families. And that affordability, along with the qualities their residents praise – of connection with nature, plus their community – come pretty much top of the list in all the conversations that I have had and listened in on via Zoom chat or webinar, concerning how housing design and urban planning should respond to the lessons of lockdown, over the past few months. However, some of the most interesting models of new housing that prioritise nature, shared space and community have faced particular difficulties during lockdown because of the communal aspects of their design. In July, I checked in with Jonny Anstead, co-director of Town, which developed the award-winning Marmalade Lane project with Mole Architects for a local, Cambridge co-housing group – a scheme I praised in this very column last summer.

The 42 homes on the scheme are well designed, filled with daylight, but feel compact inside, thanks to a decision to prioritise shared space over private: there is a huge, central garden in the middle of the site, with vegetable allotments, a ‘play street’ that sits between two terraces (cars are all pushed out onto the fringes), and there is a large, shared community building with communal kitchen and lounge, yoga studio, and laundry room. As one enthusiastic resident told me: ‘It’s very hard to go anywhere without some sort of social interaction.’ But when lockdown first kicked in, that sociability must have presented a few problems for the residents, especially the older or at-risk ones. Anstead agrees that was a challenge, but points out that it wasn’t long before solutions were found: for example, a rota was devised for use of the gardens, as well as the kitchens so that every resident had equal but safe access to the facilities they enjoyed.

Furthermore, the community soon put their collective intelligence to use to solve another problem that the early days of lockdown presented – the bulk-buying of food and household essentials. They took over an empty garage built originally for storing kayaks and canoes, and not only kept supplies of food and vitals there but organised a shop and delivery service so that self-isolating residents never had to be without.

Anstead is now hoping to feed the lessons learned from this and other projects into a new set of housing and community guidelines being developed by the Quality of Life Foundation, an organisation set up by dRMM director Sadie Morgan in 2019 to promote a better understanding of what good housing actually is, and – ultimately – to ‘change the way the industry acquires, plans, builds and maintains new homes and communities’. So many of the discussions around housing are based on ‘quantity’, says Matthew Morgan, the foundation’s communications director, ‘but we want them to be equally focused on quality’. A framework document, based on extensive research into how people think about places and communities, is due to be released in the autumn. Interestingly, property developers Berkeley, U+I and Grosvenor are investors in this survey. Morgan says: ‘They are sick of being tarred with the same brush as the other housebuilders.’

What a tempting prospect: that, through leading by their example, developers who do prioritise the social, physical and psychological wellbeing of their buyers and tenants might end up changing the models of their more bottom line-focused competitors. In the meantime, smaller, architect-led development projects are already showing the way, such as that created by Stolon Studio, run by architects Robert and Jessica Barker, who are making community-based housing something of a speciality. After successfully developing a corner plot in Forest Hill, London, with three residences (one of them their own) framing a shared community space, they recently completed a nine-unit development nearby called Kaolin Court. An interesting mix of homes and live-work units, the careful arrangement of private with shared amenity space has really come into its own during lockdown for the 30 or so residents.

One of them declared on the practice’s blog: ‘Outside the walls of the community there is uncertainty and anxiety. Yet every day, we find respite inside … Never have my husband and I felt more connected to the environment and community we live in. The space allows for all of us to sit at our respective tables outside and do a nearly daily aperitivo hour. The kids, who do not understand social distancing, get the nourishment from each other essential to their development … (I) hope this model of living is an inspiration for future housing developments where community is deemed an essential, not an outcome.’ I couldn’t agree more.