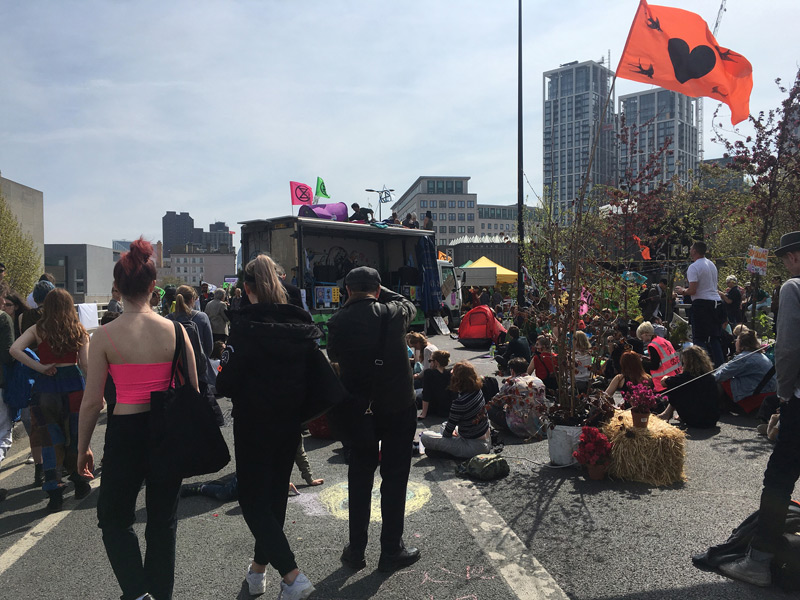 Slowly but surely, plans are being made to ensure that the environmental gains that have arisen as a by-product of lockdown become part of a more enlightened approach to urban living

Words and Images by Veronica Simpson

For all that the coronavirus has necessitated a massive restriction of our personal freedoms, and caused the untimely deaths of many thousands and untold damage to our economies, our environment has been a major beneficiary. Even before lockdown ended, climate scientists were estimating that global emissions of CO2 in 2020 will fall by 5% – the largest annual fall in carbon emissions since records began. But according to Dr Neil Jennings, partnership development manager at Imperial College’s Grantham Institute for Climate Change and the Environment, if we go back to business as usual, all those gains could easily be lost. ‘What happens next is key,’ he declared to Mix, a global trends and forecasting website. ‘We need to ensure that financial support packages for recovery from the crisis are aligned with action on climate change so we can tackle two problems simultaneously.’ The capital’s mayor Sadiq Khan has suggested that two bridges – London and Waterloo – might be closed to all traffic except cyclists and pedestrians, in a move reminiscent of Extinction Rebellion’s occupation of Waterloo two years ago;

In the UK, air quality hasn’t been this good for decades, thanks to the reduction in vehicle use, with a 60% drop in nitrous oxide emissions in urban areas. But London, that most congested and polluting of cities, needs to be putting infrastructure in place now so that these gains are not lost. Thankfully, making the city more cycle-friendly and walkable definitely dovetails with a gradual return to work that doesn’t expose Londoners to unacceptable crowding on public transport, and, in May, London mayor Sadiq Khan suggested that two key bridges – London and Waterloo – might be closed off to all traffic except cyclists and pedestrians, and become part of a citywide network of car-free routes.

Meanwhile, other cities have already got to work making safer, greener routes a key platform in their recovery. Milan is said to be transforming 35km of streets to install cycle lanes and broader pavements, while Paris has promised 50km of cycle lanes, and pedestrianisation of a further 30 streets. But lockdown has also ushered in a revolutionary shift in attitudes to the daily commute: we don’t need to travel to the office every day to make a valuable contribution. In fact, some of us don’t need to be in an office at all. Virtual working and collaborating tools, such as Zoom and Microsoft Teams, have come into their own. It only takes six weeks to consolidate good new habits, and we have had way more than six weeks to master a range of online conferencing technologies.

Could the design and architecture sector emerge at the other end of lockdown having shaken off the toxic habit of jetting all over the world for meetings, events, teaching, conferences and exhibitions?

But all of this is speculation, while resumption of any kind of normality is still a long way off. And for that most polluting of industries – the construction sector – the conversations that will fuel a more enlightened and sustainable approach need to be well under way already. Well, the good news is that there has been a lot going on behind the scenes. And I am not talking about last April’s Extinction Rebellion-inspired public pronouncement of good intention, Architects Declare (AD), which was big on rhetoric but extremely fuzzy on the feasibility. Actually, a slightly older organisation has been fostering progressive conversations across all construction professions since 2017. The London Energy Transformation Initiative (LETI) is a voluntary group of built environment professionals who are working collaboratively to ‘put London on the path to a zero-carbon future’, as their founder Clara Bagenal George has stated. An associate at global engineering firm Elementa, she formed the initial group with 250 concerned professionals in 2017, which soon ballooned to 1,000. She is now one of the mayor of London’s design advocates for good growth, and LETI’s Climate Emergency Design Guide is a key part of the city’s strategy to get to net zero by 2030.

The message is slowly being embedded in the UK’s leading architecture practices, and often being driven by younger members of staff. A case in point is Kat Scott, a senior architectural assistant at dRMM Architects, who joined LETI in April of 2019, just as AD went live. In fact, it was her concern that architects who had signed the AD manifesto might have very little idea of how to deliver their objectives that prompted Scott to ask her dRMM directors if they would mind her spending a couple of hours a week doing the research. By the summer, she had put together a strategy document presenting what the practice needed to do to start meeting the declaration aims. The directors were so impressed she has ended up being allocated one day a week to dedicate to sustainability initiatives and her work with the LETI research group, including helping to draft the aforementioned Design Guide. As often happens with a voluntary group united by a shared passion (for the environment in this case), there is a huge amount of sharing and mentoring. Since lockdown began, the sharing seems to have reached a new level, benefitting from the fact that the entire network of engineers, architects, planners, policymakers and developers are a lot more available for online meetings than they once were. Scott is also now on the steering committee of AD, as well as being an enthusiastic member of Architects Climate Action Network (ACAN), a youthful, crosssector group set up by one of her dRMM colleagues and fellow architectural assistant Anna Lisa McSweeney. Scott and McSweeney are clear that this collaborative and multidisciplinary approach, combined with the openness that enhanced online access offers, are driving momentum and engagement. McSweeney says: ‘The more diverse the industry is, the more you can design for resilient and diverse communities. We did a lot of looking into theories of self-organising structures, inspired by XR. We try to make sure that every event is very participatory. Everyone is being brought along, informing the way the network evolves.

We want everyone to feel that they have agency. We are not the experts. But we need to ask the right questions. We’re really trying to connect the dots.’ At a time when all the rules are being rewritten, let’s surf that wave of expertise and optimism and see how far we can get.