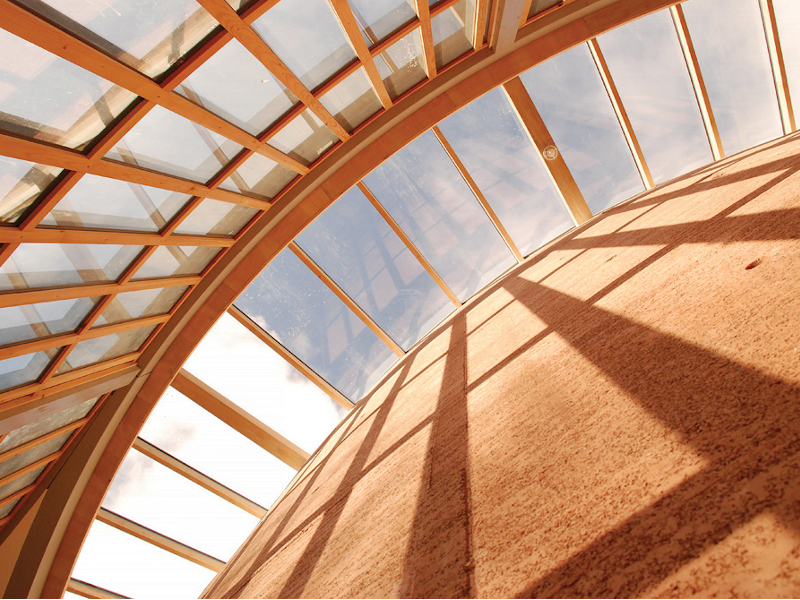 The climate crisis was one of the big stories of 2019. Let’s make 2020 the year when the design sector put its ingenuity and creativity to the best possible use, says Veronica Simpson

There is no doubt that 2019 will go down in history for many things, but one of them will be as the year the Western world finally woke up to the catastrophe awaiting us if we don’t change our carbon-guzzling, fossil fuel-dependent ways. Various headline-grabbing events consolidated this narrative: the public demonstrations by Extinction Rebellion (XR) and its multitudes of protestors, rampaging bush fires in New South Wales, and a particularly angry and articulate Scandinavian teenager upbraiding the UN with the words: ‘How dare you squander my future!’

With my own concerned teenagers happy to join the XR fray, I felt it was time I updated my understanding of the facts, so in December I headed for Wales and the Centre for Alternative Technology (CAT) – a pioneering experimental campus established in the 1970s to trial alternative and sustainable forms of energy and construction. It has subsequently grown to a sizeable settlement with conference, exhibition and accommodation facilities, running regular courses from weekend workshops to its own Masters in Sustainable Architecture. I honed in on its Zero Carbon Britain (ZCB) course – a culmination of years of research into the scale of the crisis and its potential solutions, it seemed an ideal place to start.

I didn’t know what to expect from the course, other than to feel alarmed by the challenge ahead of us. But instead, I came away feeling weirdly optimistic. That optimism was generated in large part by the calm, hugely engaging delivery of CAT’s lead ZCB spokesman, engineer and sustainability advisor, Paul Allen. In one morning session he took us through a history of the universe and our relationship with its resources. We galloped from the big bang to the first human settlements and the growth of agrarian, feudal economies, where battles were largely fought over land. We then skipped through the industrial revolutions to the consumer revolution – the point where, around the middle of the 20th century, those of us in the developed world had pretty much everything we needed, and some ‘genius’ marketing guru dreamed up the idea of built-in obsolescence, which in turn helped to fuel the now patently ridiculous idea that underpins so many economies: that they and their businesses can enjoy ‘endless growth’. By framing our current predicament within the wider evolution of social and economic history Allen made the situation seem far more comprehensible, which helps when you are looking for solutions. Behind the solutions are, he said, ‘two fundamental processes: powering down the amount of energy we use to deliver our wellbeing and … mobilising our indigenous renewable assets’. The first involves looking closely at our built environment, transport and land use practices, the second means getting rid of our 1950s approach to energy and consumption. ‘We can reduce energy use by about 56% over a two-decade period,’ he said. Cutting down on flights (by two-thirds), car use (by a third), fast-fashion, packaging and wasteful eating habits, cutting down on meat and dairy products – all will make a big difference alongside conversion to renewables. We need to expand existing practices around wind and solar power to investing in biomass and tidal energy. Social sustainability could dovetail nicely with these initiatives, Allen suggested a more sustainable diet is also a healthier diet, and cycling and walking instead of driving will also boost health and wellbeing. But he also proposed we will need to swap our current economic model – a challenge that may prove harder to achieve than all the rest – for one that distributes wealth and resources more fairly. ‘We can still make the right choices,’ he said, ‘and it means big changes.’ He concluded with the compelling rallying cry: ‘The technology says we can, science says we must. Now it’s time to say we will.’

There were other causes for optimism: CAT’s handsome, rammed-earth auditorium was packed out with its biggest audience yet: 140 conference delegates, from all over the UK and of all ages, many with experience in commerce and industry, wanting to put those skills to the service of future generations. Many were already engaged in local activism, from forming climate crisis groups to delivering manifestos to their local authorities, some of whom were also present. According to Eileen Kinsman, CAT’s head of development: ‘In the last year, CAT has been inundated with enquiries from councils and communities who have declared climate emergencies, [and are] looking for help with turning these declarations into action.’ In response to this, as of January 2020 (and thanks to support from the Moondance Foundation, which allocates funds to organisations for general charitable purposes) CAT launched its new Zero Carbon Britain Hub and Innovation Lab ‘to provide much-needed capacity building support to councils and communities and to help bring about the systemic change necessary to rise to the climate emergency’. …. ... and was home to the Zero Carbon Britain course

Design clearly has a leading part to play in facilitating change. The mantra of reduce, reuse, recycle has to become a default position in every discipline, from architecture to product design; the job that designers have played in promoting consumer culture by driving desire for endless newness and differentiation can just as effectively be diverted to promoting the benefits of longevity, adaptability and the circular economy. If arguments need to be mustered in order to convince clients and stakeholders, then I thoroughly recommend a visit to CAT – where four more ZCB courses are lined up for 2020 – or at the very least going to www.cat.org.uk/ zero-carbon-Britain to download the report Zero Carbon Britain: Rising to the Climate Emergency, for free.