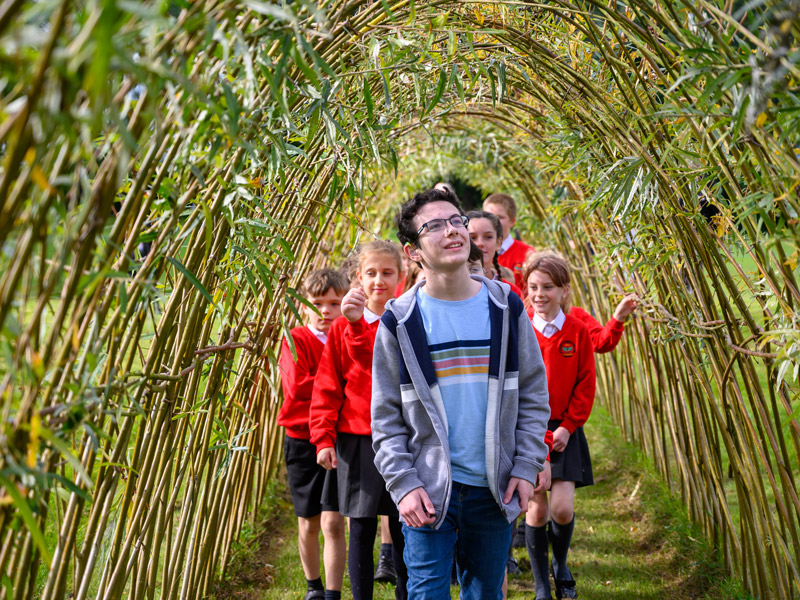 Veronica Simpson examines innovative projects that do more than just enrich our sense of place.

As the threat of lockdowns continues throughout 2022, art in the public realm will play an increasingly important role in our cultural landscape. Veronica Simpson examines innovative projects that do more than just enrich a sense of place.

HS2, THE UK’S proposed high-speed rail link between London and its Northern neighbours, may have hit the buffers with the recent reduction in its scope and scale, but there is one little pocket of Hertfordshire where the scheme has already had a big, positive impact.

Maple Cross school sits on the edge of a village – an exurb of Rickmansworth, really – fringed by fields and woods, and with the ridge of an HS2 tunnel excavation works visible from its perimeter. Three years ago, a Year 5 pupil wrote to the HS2 head office asking for some of their excavated earth to create a hill in their playing field that the pupils could roll down. And, thanks to HS2’s senior arts, culture and design manager Theresa Bergne, that’s exactly what they have. In fact, the rather dull expanse of extra grass next to their ample playing field has been completely transformed with three gently rolling hillocks, a fallen log balancing structure, a wildflower meadow and various other elements, which will substantially enrich their outdoor adventures, thanks to artist and landscape designer Emily Cropton. 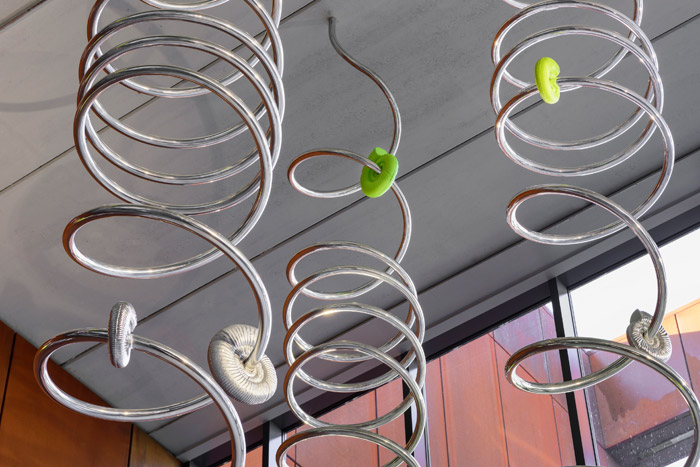 Cropton was one of several artists Bergne invited to come up with proposals for this space – and to deploy HS2’s offer of 1,000 tonnes of soil. Says Bergne: ‘It’s part of our strategy to be a “good neighbour’ to those communities impacted by the building work for the railway.’ The beauty of a really good public art project is that it often comes with proper funding, unlike most institutional or even private commissions. This one allowed Cropton to spend a year, on and off, developing her ideas together with the schoolchildren through a full programme of participatory workshops. Cropton says: ‘The design process can start out as an open-ended process, but there’s often the knowledge of what an outcome might be – in terms of scope. I’m interested in working closely with the community and using the whole creative process to arrive at what’s appropriate.’

Luckily, this school community was more than happy to get involved. Workshops evolved around diverse topics, and the outcome of the pupils’ explorations are now splashed around the school’s classrooms and corridors. For example, Cropton began with a mapping activity, called ‘measuring with all our senses’, asking pupils to note how they feel, what they see and hear and smell, as they explore the field – this influenced both the placement and the forms she created. The ‘Fallen Logs’ structure emerged from a story devised in a creative writing class exploring how the region’s plant and animal life have evolved over the centuries. In Cropton’s own explorations of the local area, she noted the presence of ancient ‘holloways’ (tree-enclosed walking routes, some of which then became roads) and has created a new one for the school: a 20m willow archway, which will densify over time. Time is always an element in Cropton’s practice – designing in features that reveal seasonal changes and evolutions through use. Here, this includes a raised wildflower meadow and orchard and the ‘future archaeology’ wall she has placed midway along it, cutting a slice through this flower-strewn hillock. This cross-section is now lined with locally sourced clay bricks and fossil tiles the children created, in a workshop which asked: what will be the fossils of the future? Whistles, keys, jigsaw pieces, footprints of farm animals and tyre tracks were among the pupils’ predictions.

For Cropton – who finished her MA in Landscape Architecture in 2018, and has been mixing work within large landscape design consultancies and small, socially-focused art entities – the HS2 commission marks ‘an amazing opportunity’ to work independently as an artist.

Helping artists to evolve and enrich their practice is another feature of the best public art commissions. Bergne has done a lot of this through her agency Field Art Projects. Most recently, she commissioned artist Alice Channer to make a sculptural installation – her first permanent public sculpture - for the entrance to a new Engineering Building on the University of West England (UWE) campus in Bristol. 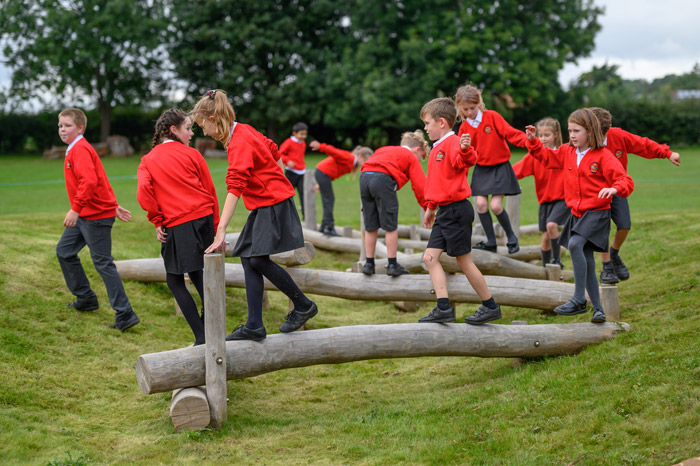 The pupils of the school helped to shape Emily Cropton’s design via a series of participatory workshops. Image Credit: Nick Robinson / Hs2 Ltd

Although the pandemic interrupted the close collaborative process that Channer prefers – she likes to infuse her projects with alternative perspectives and materials from the geological to the pharmaceutical. However, she was still able to generate initial conversations with the building’s different teams. Says Channer: ‘I was looking for living bodies within hard engineering systems to find a point of tension… I wanted to locate a form on which I can base a sculpture.’

She struck gold with the pioneering work of Dr Ioannis Ieropoulos, of UWE’s Robotics Laboratory, who has been developing electricity-generating batteries fuelled by a bacteriological reaction with human urine. Ieropoulos’s ‘biological engines’, as he calls them, use an ancient form of bacteria ‘which evolved to respire without oxygen because there was no oxygen on planet earth then,’ says Channer. ‘They respire anaerobically by extending these wires from their bodies.’

The corresponding ‘Nanowires’ of Channers sculpture are shiny, aluminium spirals which dangle from the ceiling of the UWE Engineering Building’s entrance, coiled and dynamic. To represent the ‘living bodies’, Channer chose to adorn these wires with enlarged casts of ammonites – an equally ancient form but instantly recognizable. ‘Art is about making visible the invisible,’ she says. ‘I’m asking the viewer to make a huge imaginative leap, just as Ioannis did.’ The materials and forms also respond to their context, which is essentially a glass box with one corten steel wall.

To contrast with the heavy, rusted steel, Channer decided the Nanowires must be shiny and ‘have a completely different relationship to gravity’. She says: ‘I was seeing that lobby as a vivarium or a terrarium. I’d seen renders and site visit photographs. I could see that it was a massive air lock, a glass volume. I thought: what role could the sculpture have in there. What if the sculpture brings it to life?’

And bring life it does: the sculpture is visible from almost everywhere in the building. And from the outside – especially lit up at night – it acts as a beacon across the campus. What’s harder to know, with public sculpture, is whether people like it. Certainly, the feedback from the staff has been positive, which is a relief for both Channer and Bergne, as this is the first public sculpture to be commissioned on the campus. It’s also a thrill for Dr Ieropoulos and his team to have their work so visibly acknowledged. And for Channer, it flags up his invention as a radical moment of optimism: ‘That one day perhaps all of our waste could go into a wall in our houses and power electricity.’