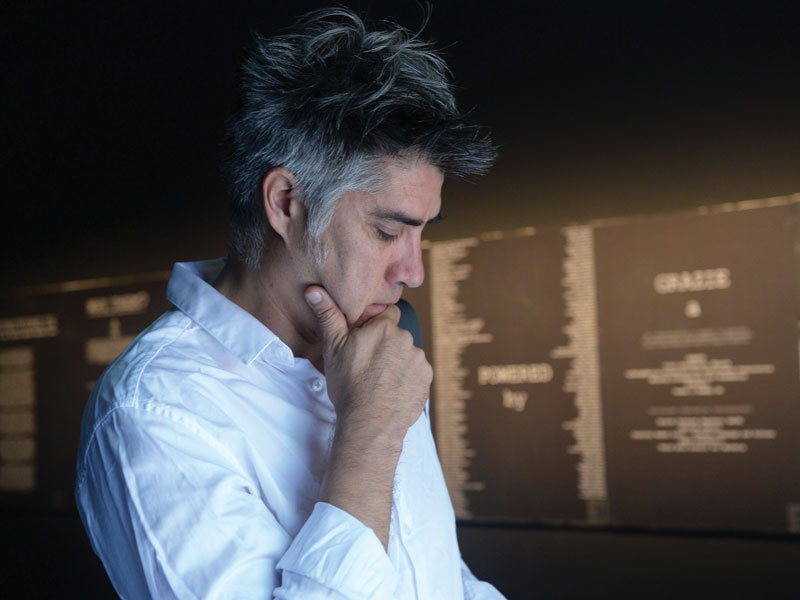 We share the very best of this year’s festival, curated by Chilean architect Alejandro Aravena with the theme Reporting from the Front, and find a distinctive move away from starchitecture in favour of socially minded projects and research

This year, Venice puts blue water between prevailing architectural obsessions and the wider reality of needs that should drive architecture. Seeing further is precisely what curator Alejandro Aravena delivers in ‘Reporting from the Front’

Like festivals, architectural biennales (and triennales) proliferate around the world, but Venice is the Glastonbury, or even the Kumbh Mela, of them all. No gathering of architectural positions is bigger, as diverse, or speaks to a larger audience. This year, Chilean curator Alejandro Aravena set the theme: Reporting from the Front. He defines several specific issues to address, from familiar ones like housing and sustainability to emerging subjects such as informality and urgent ones like migration. He chose a famous image of the Nazca Lines by Bruce Chatwin to illustrate his intent, of anthropologist Maria Reiche looking across a desert from a ladder, thus seeing patterns not otherwise obvious.

Like her, Aravena says, the participants at Venice should be in a ‘position to share some knowledge and experiences, inventiveness and pertinence with those of us standing on the ground’.

But with 31 national pavilions at the Giardini, 30 architects in the main pavilion there, another 20 countries and 43 individual practices in the Arsenale and numerous exhibitions scattered across Venice, there’s a lot of positions to share. Can anything clear come from it as a whole? The most recent preceding biennales offered meaningful signposts for architecture. Last autumn, Joseph Grima and Sarah Herda in Chicago called for it to open up, break down barriers and redefine what practice is. In December, Aaron Betsky at UABB Shenzhen argued that architecture needs a rethink, let’s use what we have, and urbanism should drive the agenda.

These new frames for architecture are underlined at Venice. Today’s agenda is less about style and form and more about meeting needs, and it is not the ‘starchitects’ who are defining it, but younger practices, new directions of research and new locations for attention. There were probably more Pritzker laureates at the opening of Venice than anywhere else, ever, but this was not their show.

Even so, at least one old master can still jump the new agenda - Norman Foster, with his future droneports for Africa. Generally, the biennale has few glimpses of future structures (in the American Pavilion some designs to renew Detroit feel like past futures), or celebrations of the past (like Russia reassessing its seminal VDNKh Park). Mainly, it is about the now.

Many reveal that ‘now’ with research, others illuminate it with concept. The more research-orientated a contribution, the heavier the information load it has to impart - and a thesis on a wall is hard work. Nevertheless, some such as the Egyptian Pavilion or Mehrotra and Verde’s Ephemeral Cities, create mesmerising environments, seduce you to stop and absorb data. Alternatively, highly conceptual works, such as the British Pavilion’s about time-frames or Serbia’s wordless Heroic: Free Shipping, dissolves the line between architectural presentation and conceptual art.

An architectural idea has no currency unless it is conveyed - to the public as well as the profession. So the fantastic range, diversity and quality of presentation is equally Venice’s success as the reports it makes. Venice has left the model and drawing on the ground beneath the ladder, and from atop it, better than from any skyscraper, revealed wider vistas for architecture than ever before. They are of human geography, the half-forgotten forcefield that dictated the needs and possibilities of habitable space well before architects appeared. That’s the big report: now let architecture make the creation of space an art form, not for spectacle but for human well-being.