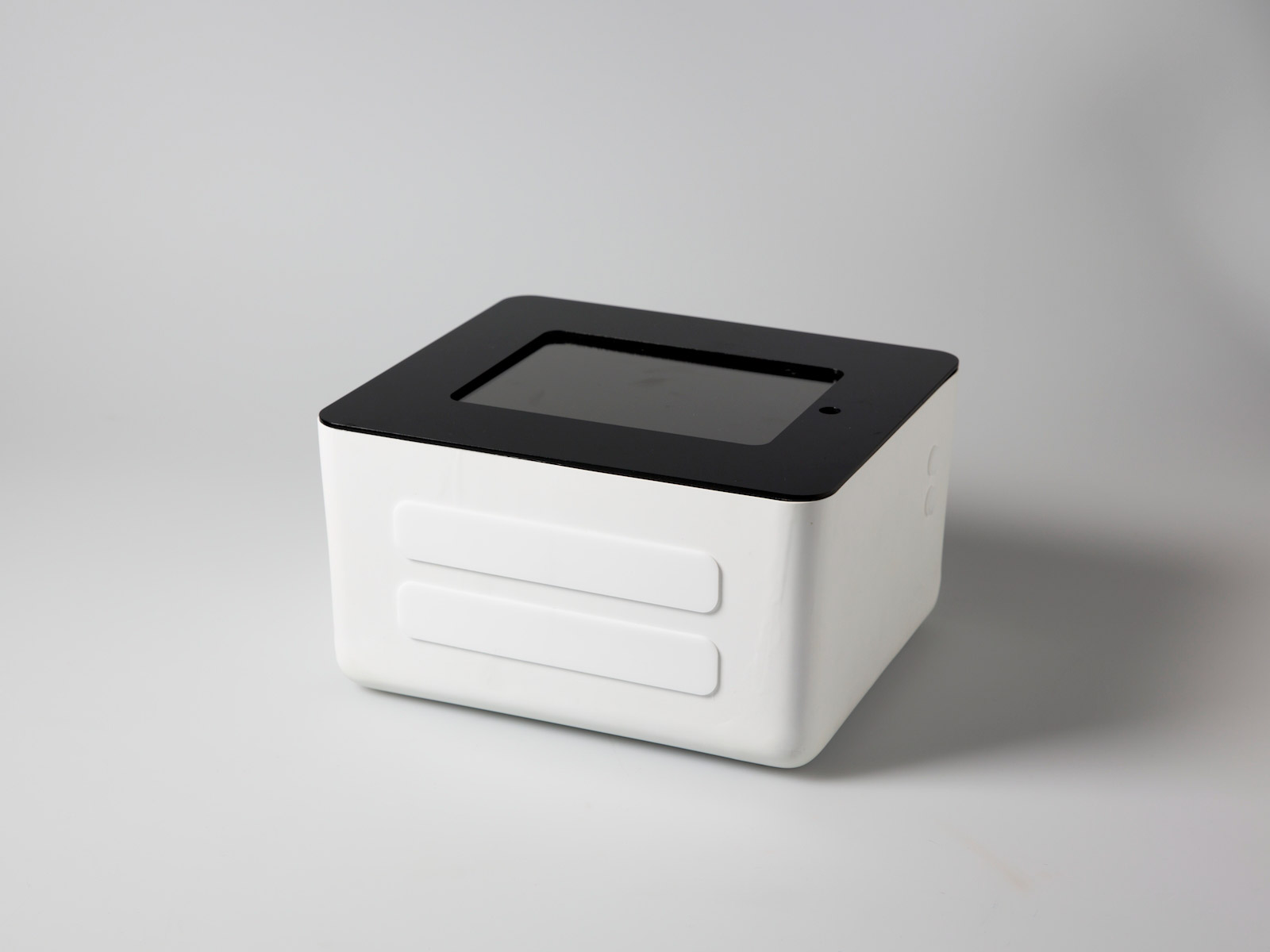 Creating our own meat in the future

The goal was to build a prototype for an exhibition, while raising many questions about the future of meat consumption. The students, Sarah Mautsch and Aaron Abentheuer, question its implications of energy consumption and the development of society. The model was aimed at middle-class kitchens with the idea that people will eat less portions of meat in the future; therefore the machine would aim to design food to meet personal dietary requirements. The meat created would not necessarily appear like any regular chicken breast or piece of fish, it uses the most efficient means of printing to include the correct nutrients and flavour - focusing on technical necessity - resulting in an arbitrary-shaped representation of meat. Additionally, the model is energy-wise and self-sufficient, using solar panels to attain its energy or as a backup, the house's supply. This random-looking food that tastes like meat doesn't sound very appealing, but considering the livestock industry accounts for approximately 14.5% of all greenhouse gas emissions from human activity according to a 2013 UN Food and Agriculture Organisation report, it may be in our best interest to advance our technology in areas like these. The interface, written in German, shows the nutrients such as cholesterol, fat, calcium and more, for a particluar serving or recipe Side view of the model Mautsch and Abentheuer drew inspiration from many readings that provoked the questions of food nutrition and the future of consumption. These include: the state of food and agriculture study by the UN, 2063 Dining by Trendstop for Miele at the London Design Festival 2013, IKEA's The Future of Kitchens and more.