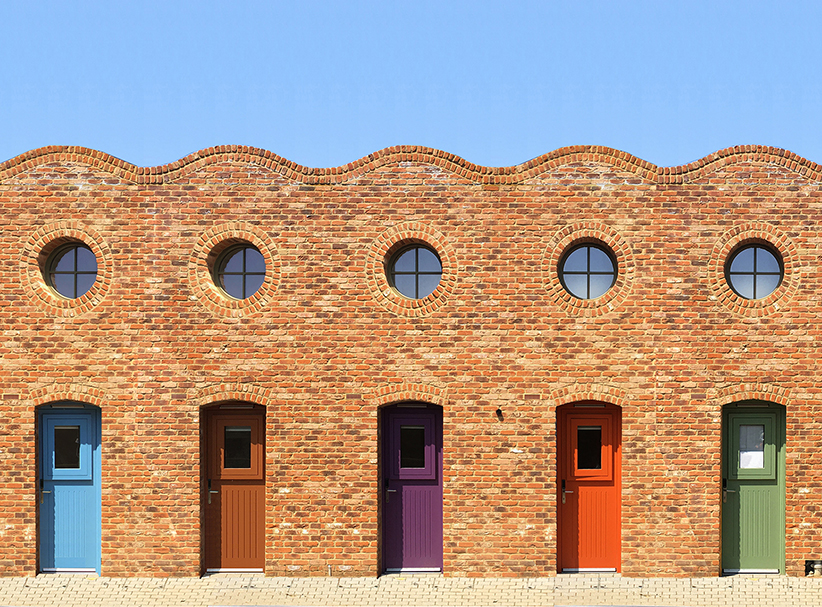 Designs for high-end housing and bespoke home extensions are ten a penny in the architecture world, but what are today’s practices doing to address the homelessness crisis? From temporary housing and modular pods to a digital platform tackling bureaucratic boundaries, we look at the innovative designs developed by architects for those without homes

The publication of two high-profile reports on the dire state of housing in the UK within the first three weeks of 2019 felt fittingly urgent. The reports, published by housing charity Shelter and London Labour assembly member Tom Copley, call for a massive social housing building drive and an end to the right-to-buy scheme respectively. For anyone who has stepped through the centre of any UK town or city over the last couple of years, the critical necessity of these reports will come as no surprise. That said, the latest homelessness statistics for the UK still bear repeating: in autumn 2018, there was an average of 4,677 people sleeping rough every night, a 165% increase from the total in 2010 when the coalition government came to power.

The role that architects can, could or even should take in the context of this crisis is fertile ground for debate. Subject, as ever, to the fluctuations of politics, the economy and the priorities of a client, architects are often powerless to take an active position in a crisis despite its inherent intersection with the built environment. In frustrated response, there is a tendency among architects to produce proposed ‘solutions to homelessness’ which are rarely more than CGIs designed to create self-serving clickbait buzz; an imagined affordable housing extension to Buckingham Palace being one recent and particularly unhelpful example. Reassuringly, out of this persistent crisis in housing there are a number of projects emerging which harness the design skills of architects to engage with the realities of homelessness. Rather than simply providing spatial solutions, these are often process-led, systematic approaches to the causes and immediate needs of people who find themselves homeless. They need not even involve shelter.

ProxyAddress, a project by architect Chris Hildrey which won the 2018 RIBA President’s Medal for Research, harnesses the hundreds of thousands of empty homes in the UK in order to create bureaucratic stability for people without a fixed address. Explaining the project, Hildrey argues that the skill set young architects acquire while studying could be put to a much broader set of uses beyond designing buildings. ‘Most people read the city as a very static thing, all brick and stone. It’s a thing you live your life through and it will outlive you,’ he says. ‘But when you’re an architect, it becomes a thing constantly in flux.’ This thinking informed Hildrey’s reinterpretation of the UK’s address system, recognising the implicit link between identity and address that can be prohibitively exclusionary for the country’s homeless population. For the 70,000 households currently occupying temporary accommodation, for example, moving regularly means that avenues of stability such as bank accounts or benefits via Universal Credit, which are typically tied to a home address, can be lost.

ProxyAddress counters this by assigning the fixed address of one of the UK’s empty houses to a homeless individual or family. Once assigned, post is redirected by the Royal Mail, who collaborated on the research, and access to some social security can be maintained without the major interruptions caused by moving between temporary accommodation facilities. Through ProxyAddress, which is due to begin live trials in Lewisham in the coming months, the emotional and practical comfort of stability that a home provides can be partially replicated. Alongside stability, both dignity and comfort in privacy are often severely lacking for people who have been made homeless, particularly rough sleepers. This was the focus for architecture firm Reed Watts, whose modular ‘pods’ designed for the London-based housing charity Commonweal provide enclosures which can be erected within pre-existing indoor shelters or other empty spaces such as church halls or redundant pubs.

The pods are comprised of four 2.1m-high wall panels and an open doorway covered with a curtain. Inside is a raised bed and two shelves. The pods are constructed with prefabricated 18mm plywood panels which, according to Matt Watts of Reed Watts, can be put together in a matter of minutes: ‘You don’t need screwdrivers, you just need a mallet to knock them together. The first one takes a couple of hours because you’re getting used to it, but after that it’s about half an hour.’ What’s more, the opensource design can be shared via email in an instant and is soon to be deployed in Berlin and Brussels, as well as the 999 Club night shelter in Deptford, London, where ten pods were recently unveiled at an emotional ceremony. White Heather House in Southend (2017), designed by SKArchitects for the charity HARP

For Nick, one of the guests at the 999 Club, their impact cannot be overstated. ‘You lose your dignity out on the street and you still lose that when you’re sleeping on a mattress with thirty other people,’ he explains. ‘Walk into a pod and shut the curtain and it’s your world in there. I think it’s important to have self-respect and I have that. Part of that is down to these [pods], without a doubt.’

Ashley Horsey, chief executive of Commonweal, who commissioned an ideas competition which led to the Reed Watts pods, has faith in the role of the architect in the context of rising homelessness. ‘They’ve got imagination, they’ve got the ideas,’ he says. ‘It’s not just about, “We can only work on cleared sites and we’ll build some spanking brand new building.” The empty buildings may not be the permanent solution, but what can be done to make the empty buildings part of a pathway to bring back some sense of self-worth?’ Secure shelters are another fundamental part of that pathway where architects can claim some agency and define their role in combatting homelessness. Temporary housing facilities such as the White Heather House in Southend, and Holmes Road Studios and PLACE / Ladywell, both in London, have been completed in recent years and are expanding the possibilities of what we can expect from the typology. White Heather House was completed in May 2017 by locally based SKArchitects and continues the practice’s long-running partnership with HARP, a Southend homelessness charity.

Where a previous project had involved the conversion of a pre-existing home, White Heather House took an empty plot of land behind the charity’s day shelter and created a cluster of buildings containing 20 bedspaces — single rooms with kitchen and bathroom facilities — as well as a communal lounge, a shared kitchen and laundry, an office, counselling room and a landscaped courtyard. Crucially, the White Heather House is specifically for women who have been made homeless to stay and receive support before moving into mainstream housing. Central to SKArchitects’ design approach is a strong sense of domesticity in order to counter the typically institutional feel of similar shelters. Thus the buildings feature bespoke staircases and balustrades, differing interior colour schemes between each volume and a fine attention to detail in the finishes. ‘Everything has been detailed in a way that you would be pleased to have if we were designing a house,’ says Steven Kearney, director of SKArchitects.

Peter Barber Architects’ Holmes Road Studios (2016) in Kentish Town, north London, reinterprets the homeless hostel typology as a terrace of almshouses organised around a garden, along with training and counselling facilities. Each unit in the brick structure contains an en-suite bathroom and mezzanine bedspace beneath a vaulted ceiling, expressed on the facade with an undulating parapet. Exploring a blurred line between permanent housing and hostel/shelter typologies is also at the heart of the PLACE / Ladywell scheme (2016) and the prefabrication process developed by Rogers Stirk Harbour + Partners (RSHP) — one of the most ambitious new developments in housing currently underway in the UK. PLACE / Ladywell is a four-storey complex that contains 24 two-bedroom apartments behind a facade of matt grey panels interspersed with Rogersian yellows, pinks and greens. Occupying the site of a former leisure centre, a prominent hinge point between Lewisham town centre and Ladywell, the conspicuous vacancy of the site was putting pressure on a local authority with a growing housing waiting list. The project is  decorated with bright colours typical of Rogers and his practice. Photograph: Morley von Sternberg

The structure that today fills the gap is the first prototype of multi-bedroom housing produced by RSHP in collaboration with engineer Aecom, following fifteen years of research into the housing potential of prefabrication. The volumes that contain the apartments are assembled in two parts in a factory — one half containing the kitchen and bathroom facilities, the other containing the bedrooms — and then delivered to site 95% complete. For RSHP and Lewisham Council, this dramatically reduces construction time and produces a housing resource that can be re-used in multiple locations.

For example, the five-year planning permission for PLACE / Ladywell will run out in 2020, after which the site will likely be used to construct new council housing. The units that are there now, however, will be dismantled and moved to another site in the borough to continue their use by homeless families moving from temporary accommodation towards more secure council housing. ‘We call it a permanent solution in a temporary location,’ explains Andrew Partridge, associate partner at RSHP. ‘There was no down-speccing because it was moving in five years. We’re producing new versions of that at the moment and we’ve actually up-specced it and made it more cost-effective because we just looked around for other materials. So we’ve got a new version which is even better quality than PLACE / Ladywell.’ The time saved using this method is, somewhat surprisingly, not designed to save money. As Osama Shoush of Lewisham Council explains, the £5.4m project is not designed as a cheap solution, more a quick solution of high quality where every stage of the construction process can be tightly controlled. Thus, at PLACE / Ladywell, triple-glazed, floor-to-ceiling windows, full-height doors, Corian finishes in the kitchen and spatial proportions 10% above the GLA standards contribute to a level of quality not usually associated with temporary accommodation. As Partridge explains, there is a long-term ambition for this modular prefabrication process to provide housing across a range of housing options, while reframing how we might think about prefabrication, temporary accommodation and the role architects can have in supporting some of the UK’s most vulnerable individuals. ‘We wouldn’t change any of the specs for a different tenure,’ he says. ‘We think these [at PLACE / Ladywell] are tenure blind. We deliver quality for everyone.’

With Shelter’s report calling for a 20-year housebuilding programme to deliver 3.1 million more social homes, this sort of thinking around high-quality yet quick construction is needed more than ever. What’s more, the increasing interest in Housing First programmes, whereby homeless people are given access to their own home before addressing other more complex social needs, means the design of those homes should be central to conversations around rehabilitation. Now is the time for architects to take control of their role amidst this national crisis, to improve the quality of life of those who have been made homeless and to streamline their progression from precarious shelters to permanent homes.