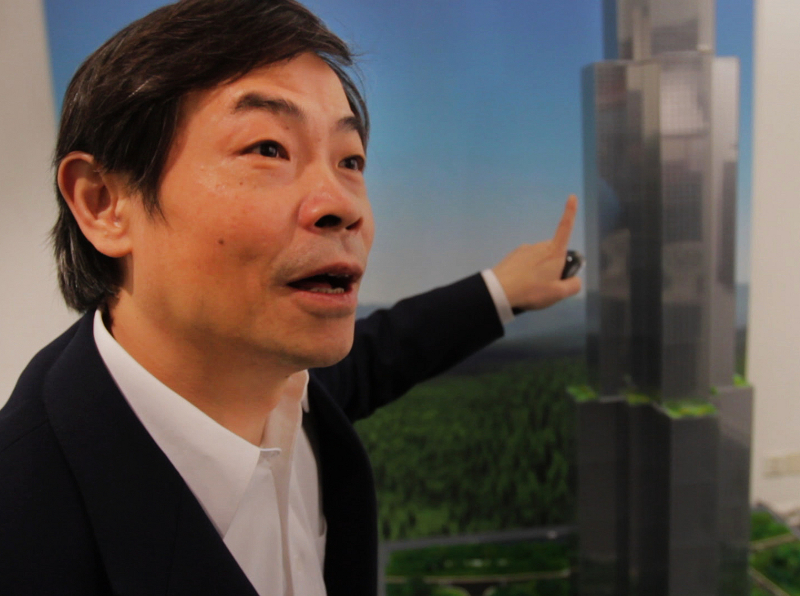 The urbanisation of China is the single biggest transformation of any society, anywhere, ever. Two men - Finnish professor EeroPaloheimo and Chinese industrialist Zhang Yue - have radical visions to tackle the issue and save the planet. Paloheimo's EcoValley could not be more different from Zhang's 202-storey Sky City.

This film takes us to China with Paloheimo, where we follow him through a bizarre tour of adulating conferences and baffled villages. We meet Zhang, see his world of Napoleon statues and chaotic offices, and the chutzpah that has him ready to build tomorrow.

After the screening, Herbert Wright, contributing editor of Blueprint, will host a Q&A with director Anna-Karin Grönroos.