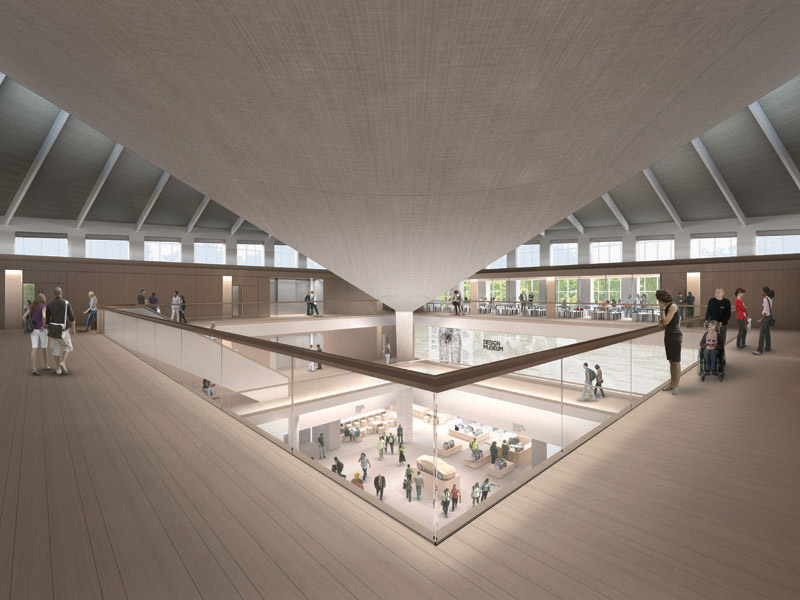 The long awaited move of the Design Museum is about to become a reality, with it opening in its new premises this month

The Design Museum finally closed its doors at its Shad Thames location earlier in the summer, and is set to emerge at its new location in Kensington this month, occupying 10,000 sq m of space (some three times bigger than its former location). For the first time since the museum was founded in 1989 it will include a free, permanent display of its collection: Designer Maker User tells the story of contemporary design through these three interconnected roles. Objects include Margaret Calvert’s British road signs, Perry King’s Valentine typewriter for Olivetti and Mikhail Kalashnikov’s AK47 assault rifle.

The museum’s opening events will include Fear and Love: Reactions to a Complex World exhibition, featuring a series of newly commissioned installations exploring the pace and impact of change, plus the ninth edition of the Designs of the Year. It is also the ninth year of the Design Museum’s annual Designers in Residence programme, providing a platform to celebrate new and emerging designers at an early stage in their career. This year’s selected designers – Alix Bizet, Clementine Blakemore, Andrea de Chirico and Rain Wu – will spend four months responding to the theme of Open. The work they create will be displayed in a dedicated Designers in Residence Studio at the Design Museum. The remodelled interior of the Grade II* listed former Commonwealth Institute building also includes the Swarovski Foundation Centre for learning, the Bakala Auditorium and the Sackler Library and Archive.