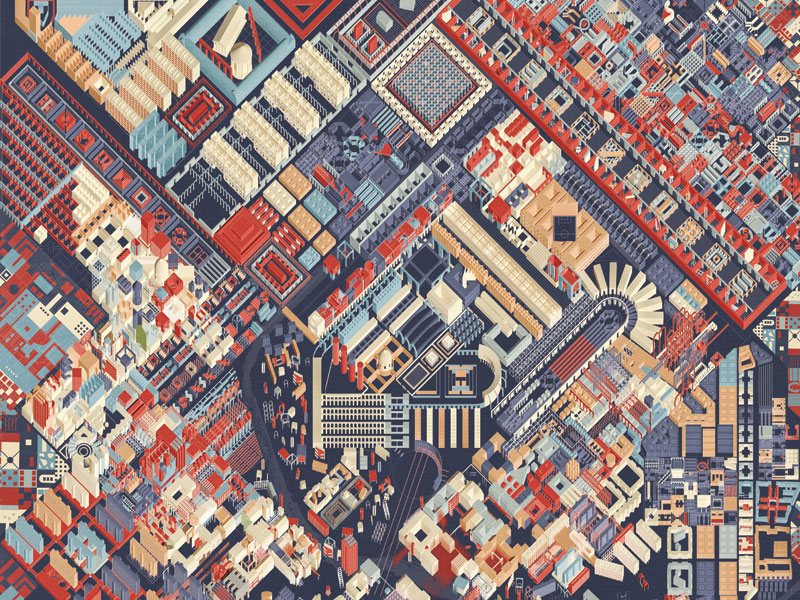 Our team of architects, designers and critics - comprised of Gemma Barton, Eddie Blake, Holly Lewis, Sam McElhinney, Hugh McEwen, Emmett Scanlon, Maria Smith, Elly Ward - has scoured the UK to bring you the very best of the graduate work on offer this year and tip you off on the ones to watch for the future...

This is one of those ideas that is so good it will no doubt be in production before very long. It brings the father-to-be much more strongly into the pregnancy. 'There are three elements: PregBeat, worn by mums-to-be, PregTouch, worn by dads-to-be, and a mobile phone app with a related set of emoticons and games,' explains Yang. 'PregBeat senses movement of the unborn baby and transmits this to PregTouch, enabling the father to feel the movement of said baby in real-time. PregTouch also enables the father's voice to be transmitted to the baby through PregBeat.' Johnny Tucker

The City of Morphologies investigated a 'possible exchange between real cities and their disciplinary projections'. Magliani offered an alternative to splintered, contemporary urban models and saw the city as a totality and one formal project. Focused on Berlin, the project proposed to accommodate its 'multiple personalities and conceptual models' into a new total yet heterogenous city. Semi-detached houses have always been a typology of note, with a recent essay by Tom Wilkinson describing them as a 'symbol of middle-class aspiration, conservatism and compromised individualism'. Social, yet private, the Semi-D typology gave Volbikaite a framework to investigate narratives that unfolded between the specific characters she chose to design the houses for. One home overlooked another to keep an eye on an elderly neighbour, another was introverted, a third allowed passers-by to see into the balcony from all sides. Each took the form of a piece of coastal infrastructure, proposing a return to permanent dwelling on the Thames, as a new typology for living based on an old one. Hugh McEwen

The Mac's third-year project asked its students to design a new centre to accommodate Contextile, a recently formed artist collective of 20 young designers, in Glasgow's Pollok Park. Ahmadi's proposal referenced the Industrial Revolution and the Arts and Crafts movement with a dark red-brick, factory-like building dedicated to the art of weaving. Visualised in an atmospheric collage, internally the pitched-roof building 'is a haven for creativity; for artisans to continue practising what they do best; to allow the arts and craft to thrive.' A clever reinvention of the warehouse/factory vernacular. CSH

Although all of the support strength comes from the tree itself, this easily demountable bench somehow seemed to be just floating against it or even like a strange flower that has emerged from the trunk. 'The curvature of the brace anchors the unit on to the tree and ensures that any weight is pushed inwards and through the strongest parts. A two-part structure allows the bulk of the weight to be removed for storage and easier assembly. Protective cushioning on the anchor and ratchets ensure that no damage is caused to the tree,' says Payne. JT