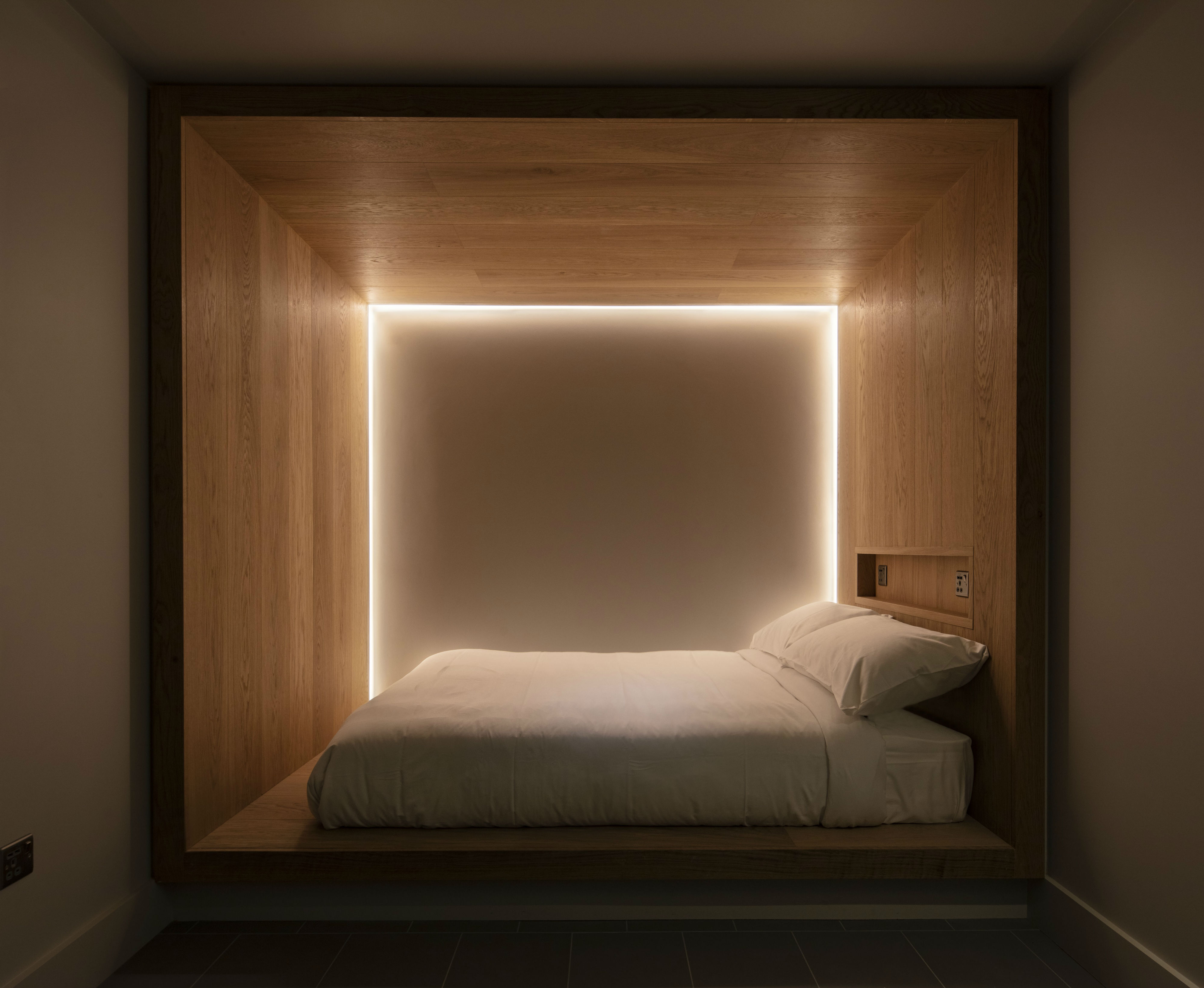 We speak to Shanghai based architects, Neri & Hu, about their work at new hotel, Zedwell Piccadilly

London’s iconic Trocadero building has recently undergone an exciting renovation, launching in February as Criterion Hospitality’s new flagship hotel, Zedwell Piccadilly. Comprised of over 700 rooms, across ten levels, the opening of the new, unique hotel is also the biggest hotel opening in London for the past decade.

Offering guests a “holistic experience”, Zedwell Piccadilly has been carefully designed as a destination that promotes positive wellbeing; one of its main aims is for guests to get a ‘good night’s sleep’. Although the hotel is situated in one of London’s busiest areas – on the corner of Piccadilly Circus – as soon as guests step into the building, all noise drops away, providing visitors with a sanctuary away from the bustling city just outside the doors. Guest rooms have been called ‘cocoons’ and have been designed on the principles of Feng Shui; sleeping up to eight guests in one room, the spaces have been crafted using natural materials such as solid oak. Each guest room has noise reducing walls, floors and doors, and warm yellow mood lighting.

Interestingly, Zedwell Piccadilly’s guest rooms do not have windows, a choice made to allow for “society to be ‘shut out’ by limiting light, noise and distractions”. The ‘cocoons’ also do not have televisions, phones, or complicated controls, all in aid of eliminating clutter and guest anxiety. To find out more about the unique property, we spoke to the architects behind the project; Shanghai based Neri & Hu.

How were you commissioned?

The owner Asif Aziz asked if we would be interested in designing a hotel that pushed the limits of hospitality after seeing our previous design projects.

What was the brief for the Zedwell project?

The brief was rather simple; it was to create a room for good sleep, with the challenge of designing the room with no window. We worked very closely with Darija Zivni Aziz and other members of Criterion design team to define the brief more clearly throughout the process. The aim was to create a new generation of hotel, by challenging everything that is considered necessary in the typical, traditional hotel. The focus was providing a destination for a good night’s sleep. How did the brief affect your design choices?

Naturally, the choice of materials we used were limited as the design needed to be acoustically and atmospherically quiet. We were dealing with a deep existing floor plate that had few window openings, so we had to ensure we made this work in the line with the brief in the best way possible. Given the lifestyle nature of the hotel, using natural resources made sense, and oak became the signature throughout the hotel.

What was your inspiration behind the design?

The inspiration was to pare down the basic sleeping space to its core. We used timber in the guest rooms to create a cosy, sheltered feeling. For the hotel lobby, the inspiration came from a rural landscape (i.e. a bamboo forest) interpreted in the form of oak slats that cover both walls and ceiling. The wood texture and layers strengthen the essence of this concept. It is elegant, understated and clean, resisting the hospitality trends of having too many decorative elements.

The check-in experience is through custom self-check-in kiosks, allowing guests to access their rooms in the most efficient and convenient way. The content is reduced to the essential, offering a stark contrast to the over-stimulating surrounding of Piccadilly Circus. Can you give us an overview of the project, and its different parts?

The challenge was to bring a sense of tranquillity and comfort to the middle of chaotic Piccadilly; and create a sense of domesticity in rooms that are highly efficient. There are over 700 guestrooms in the hotel, varying in size from a single sleeping room to multiple bunk ‘cocoons’.

Public spaces are calm and spacious to allow for the very high foot traffic; the reception lobby is a transient space with self-check-ins lined along the main circulation route. The lounge at the basement area is the ‘living room’ of the hotel, a place for relaxation and refreshment. We inserted a new timber staircase into the space, which connects the two main public areas (lobby and the lounge) As well as the lounge, the basement also hosts a gym and a yoga studio.

Were there any unusual design elements involved in the project?

The fact that the guest rooms do not have windows is perhaps the most unusual; the idea of sleeping and resting without the distraction of daylight is pushed to its limit. Some of the cocoons feature bunk beds, which are probably also quite unusual; these are intended for families and close friends. There is also a direct link to the Piccadilly Circus underground station from inside Zedwell Piccadilly, which is one of the great assets of this no-frills hotel. Zedwell Piccadilly’s public areas are yet to open, but will be rolled out over the next few months and include a modern gym and studio space in the hotel’s basement, where guests will be able to sign up for classes including yoga and guided meditation. Nearby, there will also be a lounge and co-working space, which will offer healthy refreshments and a space for guests to meet each other before heading to their ‘cocoons’. Upstairs, a rooftop bar and restaurant are set to open in the summer, offering unrivalled views of the London skyline.

Zedwell Piccadilly’s connection to the London underground is also has a one-of-a-kind feature; to the lounge space, a walkway will join the hotel to Piccadilly Circus station – meaning that not only will guests be able to access the Tube network from inside the hotel, but those travelling to and from Heathrow airport can complete their journey in under an hour. Three other Zedwell hotels are also set to open in London in 2020: at Marble Arch, Tottenham Court Road, and Greenwich.