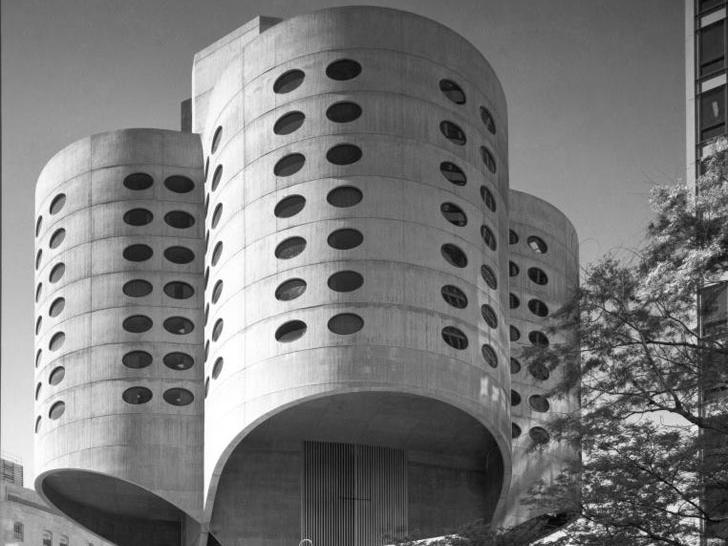 The Absent Column, a film by journalist Nathan Eddy spearheads the campaign to save the Prentice Women's Hospital building, a late modernist masterpiece by Bertrand Goldberg, which is scheduled for demolition.

The Absent Column from Nathan Eddy on Vimeo.

Chicago has more than its fair share of great architecture. But does having so many iconic buildings mean the city can afford to lose one? That's one of the questions posed in a new documentary called The Absent Column. Produced by journalist Nathan Eddy, the film is part of a campaign to save the Chicago's Prentice Women's Hospital building, designed by architect Bertrand Goldberg, and which now faces demolition to make way for a new medical research centre.

The building, a nine-storey concrete cloverleaf-shaped tower with oval windows cantilevered over a rectangular five-storey podium, is regarded as a classic of late modernism, and is also hugely innovative in its design and construction, eschewing the standard hospital layout of rectangular wards, and long, straight corridors.

Others backing the campaign to save 'Prentice' include New York Times architecture critic Michael Kimmelman and architect Jeanne Gang.

Goldberg, who died in 1997, is best known for his Marina City complex, also in Chicago.

Campaigns to save well-loved buildings are nothing new and some have even been successful. Preston's brutalist bus station was recently saved from demolition by being Grade II listed after a successful campaign.