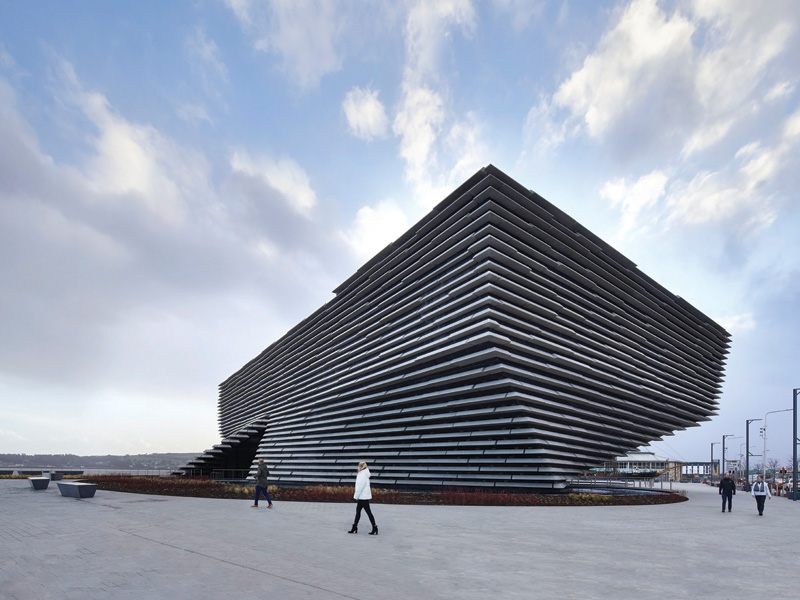 In Dundee, the V&A’s only museum outside of London is about to open, bringing ambitious exhibitions and stories of design and how it shapes lives to many more people than previously possible

Being Scotland’s first design museum and the V&A’s only museum outside of London has led to high expectations for both the institution and the architects. The Scottish hub, designed by Japanese architect Kengo Kuma, opens its doors to the public this month with its inaugural exhibition Ocean Liners: Speed and Style.

The museum will act as a catalyst, opening up the V&A’s ambitious exhibitions to audiences outside of London, bringing stories of design and how it shapes lives to many more people than previously possible. This hive of activity and ideas will be housed in Kuma’s organic waterfront structure, won through competition in November 2010. Kuma’s design reunites the city with its historic docklands, stretching out into the River Tay and ensuring the V&A Dundee becomes part of both the cultural and physical landscape.

The landmark will feature a permanent collection of Scottish design alongside a programme of changing exhibitions, bringing exemplary design from around the world to Dundee.