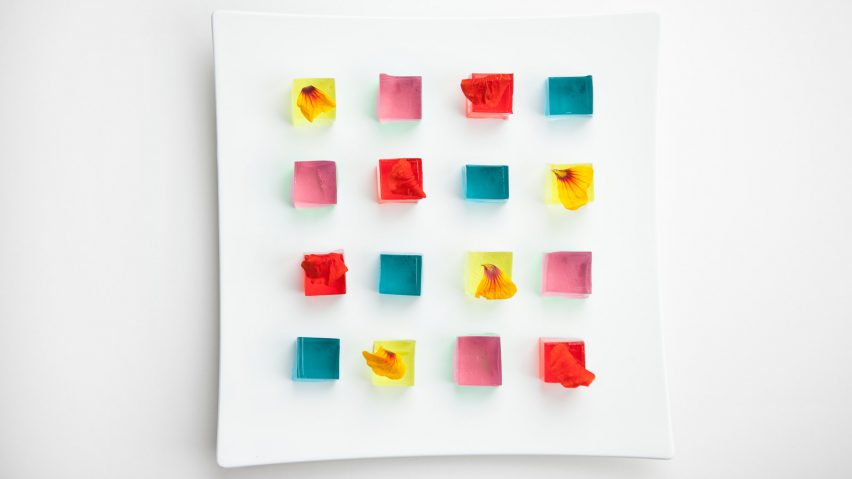 Food design studio Bompas & Parr have created the Imminent Future of Food report, predicting seven trends that they believe we will be seeing on our plates in 2018.

Calling upon their team’s experience in the food, design and hospitably industries, Bompas & Parr have compiled The Imminent Future of Food Report – the first report of its kind by the studio, which gives hints into what we may be consuming in the near future.

Looking at the Food Trends of 2018, the Imminent Future report is a “report that goes deeper,” as Bompas & Parr explain, stating that the crucial difference between their report, and others like it, is that instead of simply identifying  food trends, they “have also sought to imagine the unrealised future. Some of the themes developed in [the] report have not yet happened”.

The Imminent Future report is split into seven parts,detailling each of the seven predictions. Each of the seven trends are the result of in depth research carried out by the Bompas & Parr team, looking into changing technologies, global culinary influences and how we react to cultural movements.The seven trends not only reflect the way our eating habits are changing, but also suggest how different industries can come together to create new and innovative eperiences. Looking into the part that robotics can play in the hospitality industry, the first trend that Bompas & Parr have predicted has been named ‘AI Dinner Party’. The eclectic studio has imagined artificial intelligence being improved in 2018 to the point where it can be used to create dream dinner party scenarios.

Guests will have the chance to invite anyone – dead or alive – to sit at their tables for dinner. "A bot of the desired diner is created, and a likely looking actor recruited to play their role," said the studio in the Imminent Future report. "A discreet ear-bud allows the actor to interact naturally with the dinner party while being fed lines in response to the conversation provided by the AI."

Prediction 2: Fasting is the New Feasting As Bompas & Parr describe, “following the year that ‘clean eating’ was exposed as disingenuous, founded on bad science and even dangerous to both physical and mental health, what can we look forward to” when it comes to healthy eating trends? Their answer: the practice of fasting building momentum with the general public.

The studio explains their reasoning, mentioning that fasting has been practiced by religious groups for centuries and can have positive results if practiced correctly and carefully. However, in 2018 the studio expect to see this restrictive dieting gaining momentum with the masses, and even becoming the “ultimate form of social signaling”.

Prediction 3: Africa is the New Asia The third prediction from Bompas & Parr is that the West’s obsession with food from Asian countries will slowly dissipate; “we are feeling close to saturation point, and looking to the new big inspiration for flavour”, the studio suggests.

Instead, flavours and cuisines from the African continent will take centre stage, a prediction that aligns itself with economic forecasts that suggest Africa will become the second fastest-growing region in the world between 2016 – 2020. "As its economic power develops,” the studio explain, and “with world focus turning to the continent, it's clear its cultural – and culinary – reach will also become far more influential." Research into the correlation between sleeping and eating habits is nothing new, but the connection is something that Bompas & Parr think will take off in a major way in 2018. The innovative design studio believes that the next step of this trend will be the development of whole dishes which have been created to aid slumber.

“To some extent this is a matter of 'connecting the dots' of existing scientific knowledge, but around that exist further opportunities to commercialise sleep as an end in itself,” states the studio, “[opportunities] where sleep is at the centre with all surrounding ways and means designed to upgrade the time when you are unconscious.” While seeing Virtual Reality in its current form as “a lonely business”, Bompas & Parr suggest that the future of augmented reality will lie in the development and normalisation of ‘mixed reality’ – combining the virtual and physical worlds. The food design studio see huge opportunities for the dining landscape because of 'mixed reality', with it having the potential to enhance group dining events, as well as making eating and drinking a fully immersive experience.

As the studio explain, “this next wave of augmented reality will draw people together in contrast to the way it has so far separated them, while the reduction in size of wearable technology will encourage greater take-up and fuel demand for scenarios where it can be effective.” With research surrounding Genetically Modified Organisms (GMOs) rapidly improving, and advancements enabling designers to use it within creative processes, Bompas & Parr predict that 2018 will see improvements which will let us alter food – potentially allowing diners to eat meat from extinct animals or try off-planet bacteria!

“Using GMOs in the creative process will be an emerging trend that future designers will tap into and lead the discussion on,” the studio predicted, and they could even be launching the trend themselves with a revelation mentioned in the report: “Bompas & Parr is currently developing a bar in collaboration with artists to explore the wider GMO possibilities in the beer industry”, including a beer flavoured by microbes that may have lived on the great Roald Dahl!

Prediction 7: Dine at Mine “From hitching a ride via Uber rather than queueing for a taxi; renting a room through AirBnB rather than a hotel chain, our day-to-day experience of the access economy [is expanding] dramatically,” suggest Bompas & Parr. This 'access economy', so named by the Harvard Business Review, currently accounts for 5% in the industries it covers - and within the world of food, Bompas & Parr predict that thanks to this access economy, we will see dinner party hosting moving from simply being for families and friends into something you can offer as a service.

"Creativity and hostmanship will become open source and increasingly competitive, prompting ever-changing, always-new and perpetually exciting ways of where we should eat,” the studio suggest, and judging by the way that the access economy has grown – from takeaways to home stays – it looks like this trend could be just around the corner.

All images courtesy of Bompas & Parr