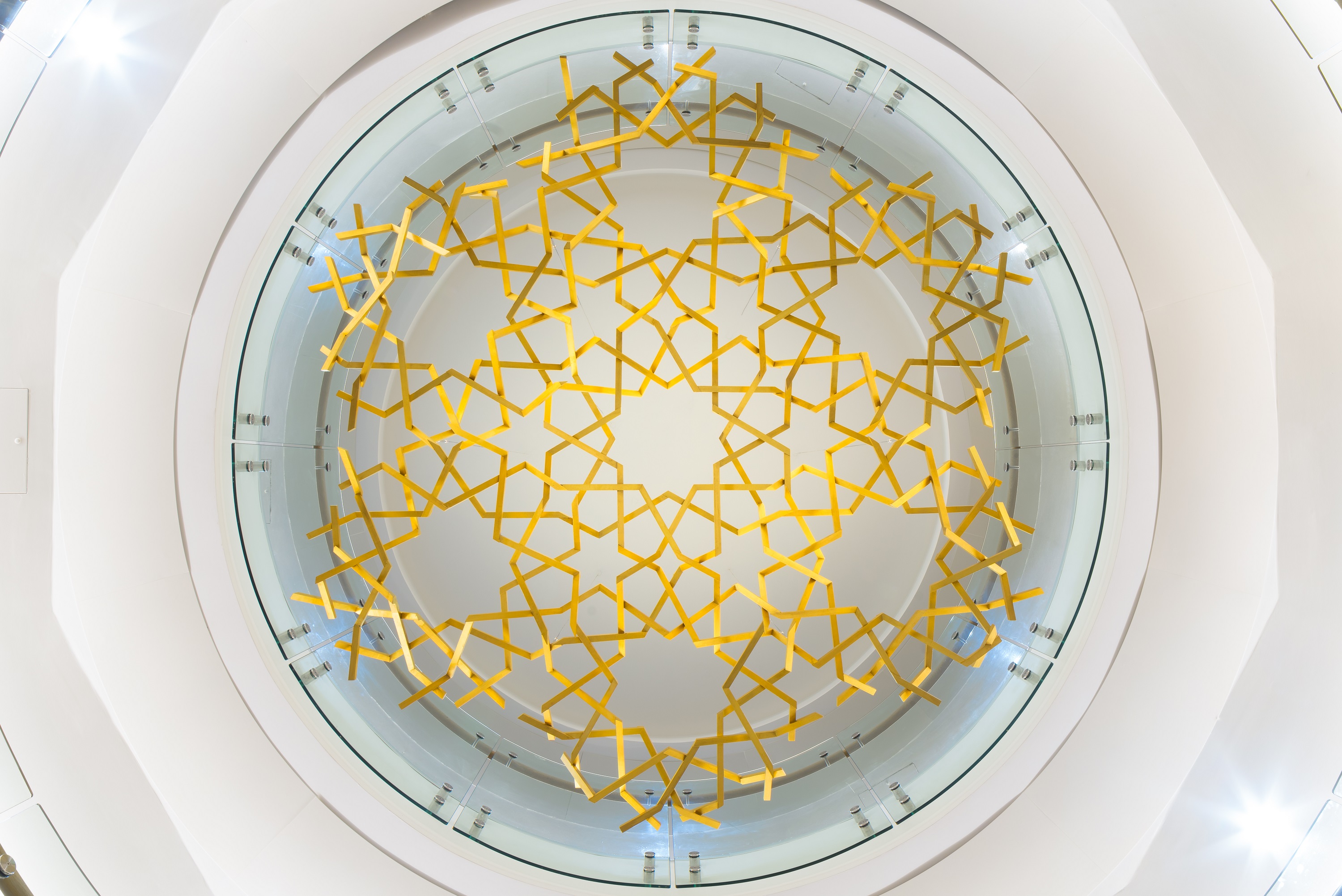 A new sculpture by Zachary Eastwood-Bloom has been installed in the Woolf Institute building in Cambridge, that signifies the three Abrahamic faiths.

Carrying strong ties to the University of Cambridge, the Woolf Institute is internationally recognised for its expertise in the research and understanding of relations between Judaism, Christianity and Islam. Through teaching, scholarship and outreach, their aim is to encourage tolerance and understanding between people of all beliefs – and recently this has been physicalised in a new sculpture.

Named ‘The Confusion’, the sculpture was created by Zachary Eastwood-Bloom, who has been labelled as 'the future of sculpture' by FAD Magazine and listed as one of eight up and coming sculptors by The Art Newspaper. Commissioned as a centrepiece sculpture for the main entrance of the Woolf Institute’s new building, ‘The Confusion’ took over five months to complete and is composed of 288 struts of Meranti wood which have been coated in 24ct gold leaf. "Most of my work examines where we are at now and where we have come from,” Eastwood-Bloom explains; “as you walk into the building the sculpture hangs above head height in the entrance - it just looks like a jumbled collection of gold lines. But when you look up at the sculpture from the basement level, and from the first floor, the exacting geometry of the sculpture reveals itself. The wider metaphor is about points of view.”

‘The Confusion’ fits synonymously with the Cambridge-based Woolf Institute, who have been working for nineteen years to build relationships between Christians, Jews and Muslims. Based on a two-dimensional geometric pattern akin to the Star of David, Eastwood-Bloom morphed this into a three-dimensional sculpture that is suspended above the building’s main foyer. The details and inspiration of the sculpture can be found in the arts of all three Abrahamic faiths.

“I think that the research and activities that happen in the Woolf institute help to re-frame points of view and common structures within each of the Abrahamic religion,” Eastwood-Bloom continues, discussing 'The Confusion’, “so it is a very appropriate sculpture. I also think that within most religions there is the notion of an unseen, subtle and meaningful order."