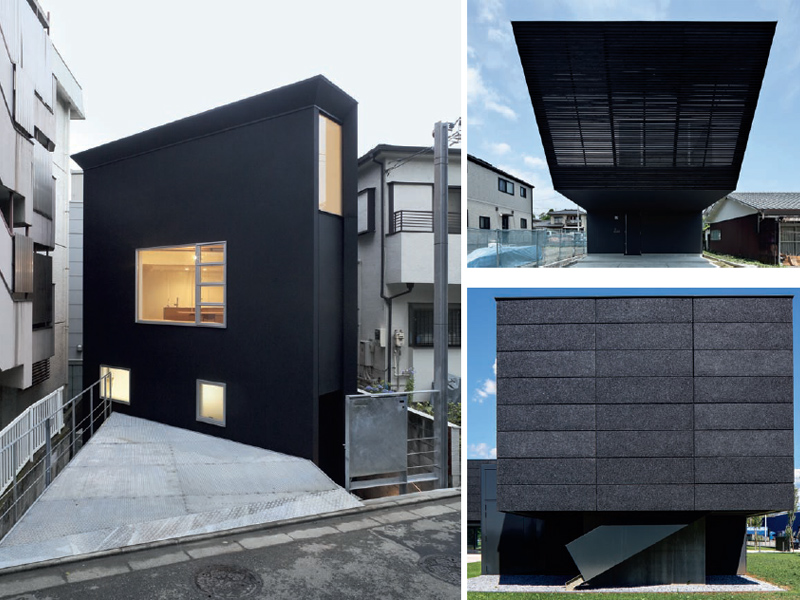 New book Black: Architecture in Monochrome immerses us in a visual history of black buildings around the world

‘If I could find anything blacker than black I’d use it,’ the nineteenth-century British artist JMW Turner once said. French Impressionist painter Pierre-Auguste Renoir called black ‘the queen of all colours’ and Russian modernist painter Kazimir Malevich’s most iconic work was a simple black square. From death and darkness to minimalism and absence, the colour black has long been a powerful, symbolic and contentious force in art. But what about architecture?

‘Black has lured architects for practical, historical, metaphorical, or formal reasons,’ explains curator and writer Stella Paul in the introduction to a new (and visually addictive) compendium of black architecture throughout history, Black: Architecture in Monochrome (Phaidon, 2017). From modernist houses to bold artistic statements, from Scandinavian churches to seaside shacks, the book presents us with an almost exhaustive survey of buildings that arrestingly use black for the majority or entirety of their exterior. Among big names like Mies van der Rohe and Jean Nouvel are anonymous 12th-century craftsmen and emerging contemporary architects.

All can seemingly be united by a mindset neatly coined by The Rolling Stones, as quoted at the start of the book: ‘I see a red door and I want it painted black.'