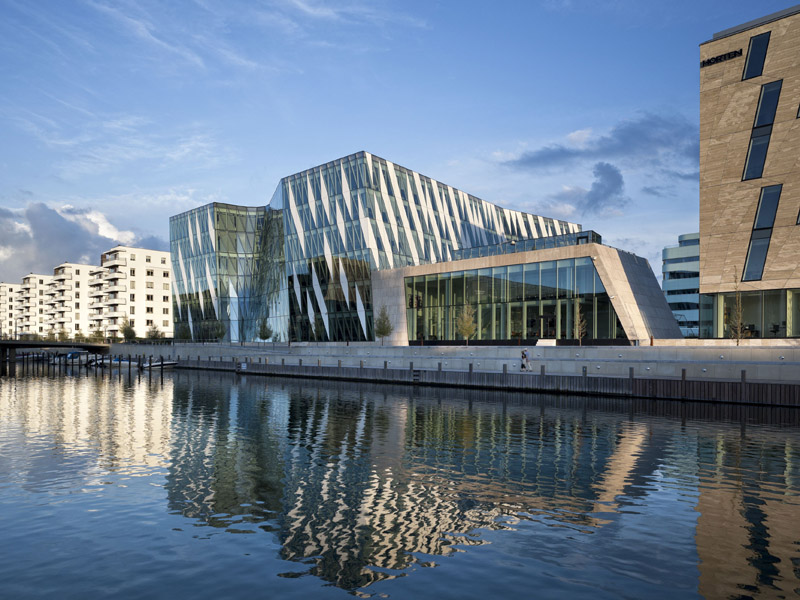 Banks occupy some of the world's most impressive and highly advanced buildings. Global database Emporis has selected 10 of the best

Employing some of the world's highest paid workers and dealing in huge amounts of other people's money, it's no surprise that the headquarters of some the world's most successful banks are rather lavish in design. Many also fulfil the latest standards in sustainability, design and functionality.

Now, Emporis, a global database of information about building and construction projects, has compiled a list of 10 of the best designed bank headquarters.

The list includes the Bank of China Tower in Hong Kong, the first building outside the USA to break the 1,000-foot mark and, even today, one of the world's tallest corporate headquarters. Its sharp-edged appearance, the triangular elements of its form, the shiny reflective facade and the metal panels that are illuminated at night make the tower reminiscent of a gigantic crystal.

Another is Macquarie Bank Centre in Sydney. The sophisticated interior design of the comparatively low building does entirely without load-bearing columns and provides light-flooded, colourful workspaces that jut out into the atrium at various levels and in various shapes. The building, constructed sustainably, is supported by a silver-gray network of steel beams laid out evenly around the blue glass of the facade.

That spectacular architecture has its price is proved by the Bank of America Tower in the New York borough of Manhattan, which cost a billion dollars. The tower, which serves what is currently the largest U.S. bank as a prestigious administration building, is one of the most eye-catching in this city of skyscrapers. The mast atop the total 366-meter building is not an antenna that has been attached to the roof, but a permanent element towering up out of the glass-clad structure. The skyscraper has been commended for being particularly eco-friendly and energy-saving.

Surprisingly, the desire to build prestigious bank buildings is not even on the decrease in countries rocked by the global economic crisis, such as Cyprus or Spain. As recently as 2009, the Co-Op Bank, Cyprus, moved into an exclusive new designer building. In Madrid, too, the BBVA, Spain's second-largest bank, is building a new company headquarters from an extravagant circular design by star architects Herzog & de Meuron.