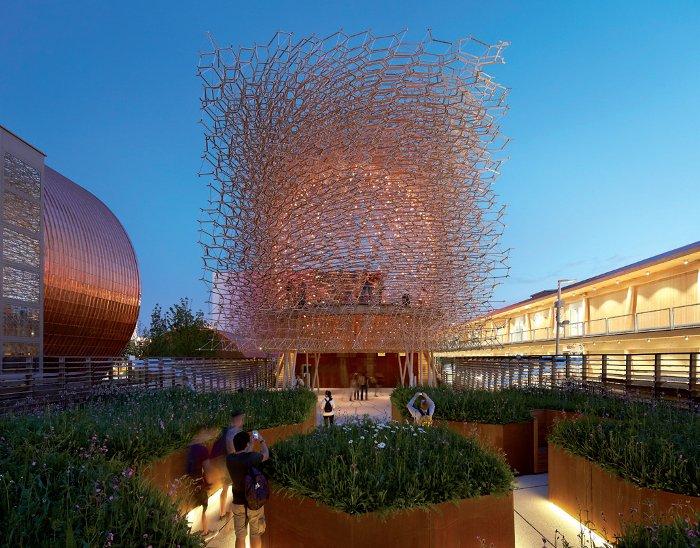 Inviting everyone from international and UK-based designers to architects, suppliers and specifiers, the FX International Design Awards has a range of categories, allowing individuals to enter products and projects alike. The deadline for entries to the 2020 FX Awards is fast approaching – for those interested in entering, make sure you submit your product or project before the 25th July! More information on the competition can be found here.

Projects that have won the Lighting Design Award can easily be considered the best in the world, thanks to the fact that an independent panel of experts act as judges for the FX Awards – and if that wasn’t enough the panel changes for every category, and for every year of the competition. Studiofractal’s lighting strategy worked to make the Royal Opera House more visible and welcoming, and to enrich the architectural vision of space and lightness within the foyer. In the day, the lighting design washes certain ceiling and wall surfaces to reduce visual contrast; in the evenings, lower lighting levels help to create sophisticated pre-theatre, dinner and post-dinner settings. In the new Paul Hamlyn Hall, the lighting has revealed the intricate Victorian ironwork. Outside, the team have designed the lighting to draw all six facades together in a recognisable way.

Revealing the beauty of the historic exterior frames, while also celebrating the modern architecture within, Speirs + Major’s work on Gasholders London showcases the studio’s skill in working with various qualities of light and dark. The lit image of Gasholders London focuses on the heritage framework of the exterior, while also avoiding spilling light into the dwellings within the gasholder guide frames. The central space that connects the three buildings appears as the ‘glowing heart’ of the scheme, and is the brightest element of the project. Lighting in each of the three buildings that make up the development has been designed to enhance the experience of looking up, through the atria, towards the sky. Speirs + Major used a subtle wash of light on the circular walls to complement the available natural light, with the light sources being hidden from view in a concealed cove. The lights themselves are programmed to respond to the changes in the quality of natural light, as the day passes into the evening.

Transformed by BDP to fulfil current and future needs, Tonbridge School’s Smythe Library is spread over four levels, with extensions to both the north and south and internal spaces being connected with adjacent gardens. The design team has improved the sense of arrival, with ambient lighting provided by linear diffused fittings that are located on shelving and centred on windows. The library’s central lighting feature arch has been created to complement daylight, with lamps powering down when sufficient daylight is achieved. For its design, BDP had to consider the building’s narrow footprint, using the largely glazed tower in the south of the building to facilitate a natural ventilation strategy. This towner now acts as a ventilation stack to draw air through the space and reduce the possibility of the building overheating. The design also included desk lamps for localised points of lighting, and much of the lighting has been integrated into the space to avoid reflection in the windows.

The largest of Kings Cross’ iconic gasholders, Gasholder No 8 is a heritage structure that – after a major offsite restoration – has been repurposed for modern use, now acting as a frame that contains a new public ‘pocket’ park and events space. Speirs + Major have designed the lighting to make sure that the public feels safe and secure in the park as the daylight fades. The design team was inspired by the gasholder’s circular layout to use light to turn the structure into a night-time landmark. Within the ‘pocket’ park, the canopy uprights have been uplit with cool white light; they use a very narrow beam to inforce the architectural rhythm of the space. The lighting program is managed on the basis of an astronomical time clock – so that the timing of the light cycles changes in accordance with the lunar calendar.

Lighting the UK Pavilion at Milan Expo 2015, by BDP

The UK Pavilion responded to the Expo theme of ‘Feeding the Planet, Energy for Life’ by highlighting the plight of the honeybee, and showcasing the ways that new research and technology are helping address the challenges, including food security and biodiversity. The Pavilion explored the life of a bee colony, reinterpreting the colony’s structure and reinterpreting it as an experience. A Swarm Wall greets visitors as they enter, sharing information about the bee; the Pavilion then takes visitors through spaces with various functions that range from a virtual hive, an entrance orchard and meadow walkways, which is lit in a warm white ‘honey’ light, through to a conference suite with honeycomb pendants. The lighting design is highly integrated but minimal, translating Wolfgang Buttress’ beehive concept into light, complementing the architecture and surrounding landscape.