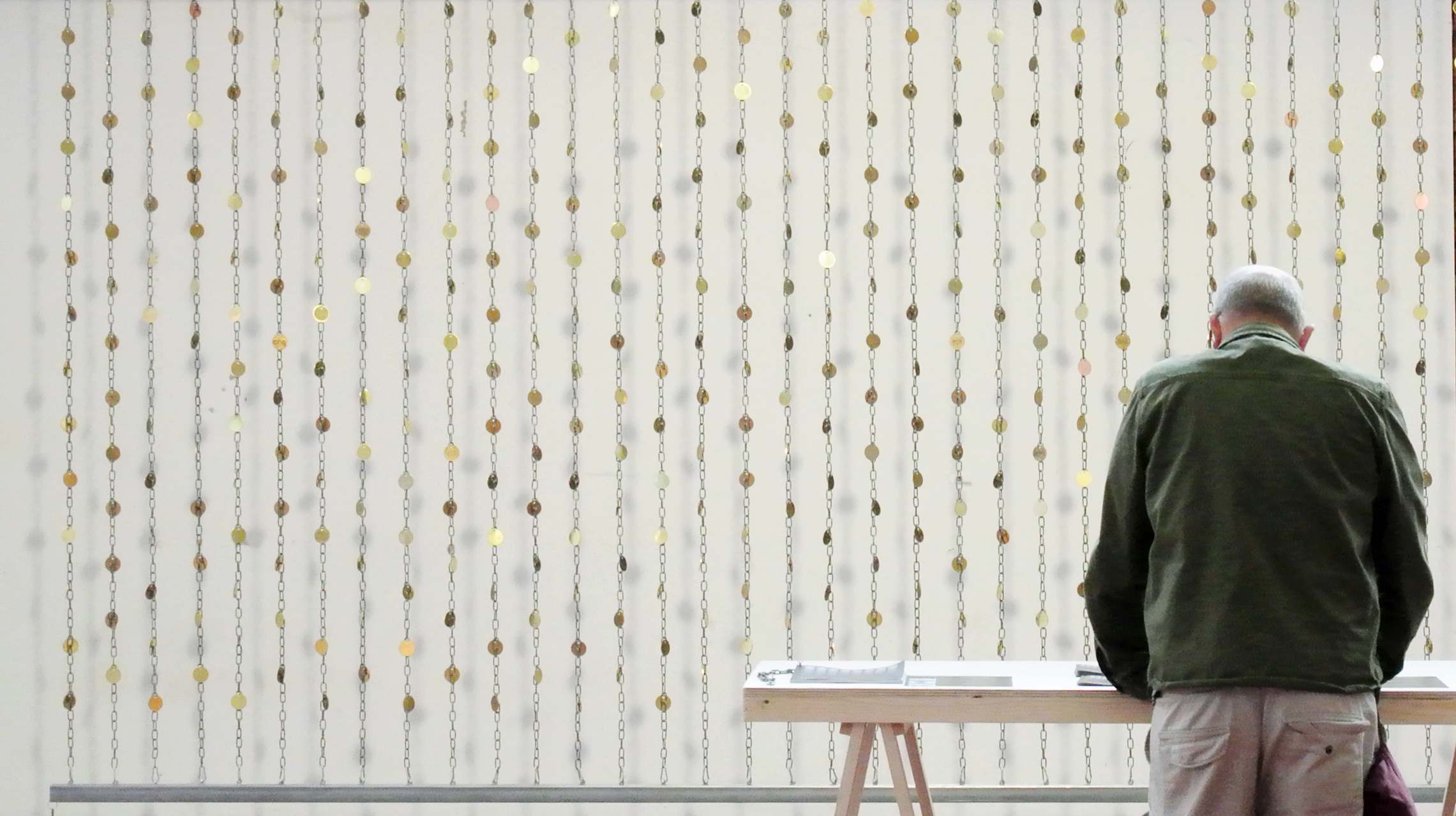 We speak to Elizabeth Lane, co-founder of Studio Evans Lane, about The Checks – an installation shedding light on Kent’s mining past.

Working on a variety of projects, both in the UK and overseas, Studio Evans Lane is an award-winning London-based architectural studio founded by Timothy Evans and Elizabeth Lane. Their combined expertise spans sectors including residential, hotel and culture, but most recently, they have completed a new art installation called The Checks.

After working together on an award-winning residence and micro-hotel project in Australia in 2014, Lane and her partner, Timothy Evans, decided to set up Studio Evans Lane. The pair had both previously had successful careers as architects, and used their expertise in their fields to establish the studio as a creative, inventive practice that takes on a variety of projects. “The scale of work that we’re doing ranges from large scale master planning down to small installations and pop-up venues,” explains Lane. However, no matter the scale, what links each of Studio Evans Lane’s projects is the practice’s ability to tell a story through the medium of architecture. Lane mentions that the studio tries “to take on projects that really interest us and have a research based element in them so that we can get personally involved in them.”

Studio Evans Lane has recently been working in Kent on a further education college, as well as designing the Betteshanger Sustainable Park visitor’s centre, which is due to open in March 2019. As part of the visitors centre, Studio Evans Lane are involved in designing the new Kent Mining Museum, built on the site of Kent’s last working mine. “In the process of designing [the Museum], we became aware of the whole history of the Kent coal fields,” says Lane. Soon after, Lane and Evans learnt that Historic England was creating an exhibition called Immortalised, to explore the ways that people and events have been commemorated in England. As part of the exhibition, Historic England launched a competition that challenged designers to find new ways of remembering events, peoples and identities in the public realm.

“When Historic England launched the competition for Immortalised, the fact that we had this fairly in-depth knowledge of the South East region with the coal mining fit in terms of uncovering the little-known history of that area,” explains Lane. Studio Evans Lane entered the competition with an installation, The Checks, which commemorates the people of the Kent Coalfields – and The Checks was chosen as one of ten installations that would feature in the Immortalised exhibition. “The idea of the piece was to show the vast human scale of how many people, communities and areas were involved in the coal mining,” Lane explains. The installation has been created using  individual miners ‘Checks’, the identity tag miners carried that was ‘checked’ to ensure they had safely returned to the surface. “The installation is 5 metres long by 3 metres high, but that only contains 1,200 checks,” continues Lane. “There were around 7,000 people involved in [the mines] from one year to the next - to show that we would have needed to do something 30 metres long!”

Within the installation, there are blank checks and numbered ones; each of the numbered checks represents a miner at one of the four Kent Collieries – Betteshanger, Tilmanstone, Chislet and Snowdown. “The strength of the piece is that each number relates to a story,” Lane remarks. Visitors to the exhibition can use the hanging, numbered checks to access an individual miner’s story through a scanned QR code, which leads to The Checks’ website. “Each numbered check does have a story attached to it, but the blank ones could be added to,” Lane says. “It evokes quite a nice feeling, having some blank ones, because unfortunately there are also lost stories. A lot of [the miners] have passed away now or are very old, and it’s about capturing that information before that whole generation disappears – so there is poignancy to the blank checks.”

Lane continues, mentioning that The Checks was created with a process of discovery in mind. “When you first look at the installation, it’s quite uniform and glints in the light, almost like a curtain,” she describes. “On closer inspection you see that some of the disks are numbered, so you have to search through and find the numbers, and then you look up the number and find that you’re uncovering a whole story.” The installation fits neatly in with the Immortalised exhibition’s exploration with how history is commemorated – and the communities of ex-miners in Kent have been extremely pleased that their stories are now being told. “It was a dirty, dangerous job—it was quite a risky thing,” Lane says, “so I think [the miners are] quite appreciative that their story is getting out there and being told. In anticipation for the Mining Museum opening next year, it’s quite a nice little precursor.”

So does this mean that after displaying at the Immortalised exhibition, The Checks will find a permanent home within the Kent Mining Museum? Lane is unsure. “[There will be a permanent display] in some form,” she mentions. “[The Museum] will certainly be doing a display of checks, the quantity of people that were involved in the mining industry and the significance of the check numbers. That will certainly feature, but it might not be this piece.” From designing the Mining Museum to sharing the miner’s stories through an immersive installation, Studio Evans Lane have shown that they can be adaptive and creative in any project they work on. “We’re interested in research and the process of design,” says Lane. “I think the strand that runs through all of our work to date is the research basis to come up with a design solution.”

“What we’re interested in is taking an idea, researching it and finding and architectural expression or 3-dimentional expression of that idea,” Lane continues. “[The Checks] fits quite well into that process, and in actual fact, with any sort of manifestation at the end—a building or a sculpture or an installation—the process is still quite similar. It’s about uncovering layers of stories and responding to a brief, whatever that brief might be.”