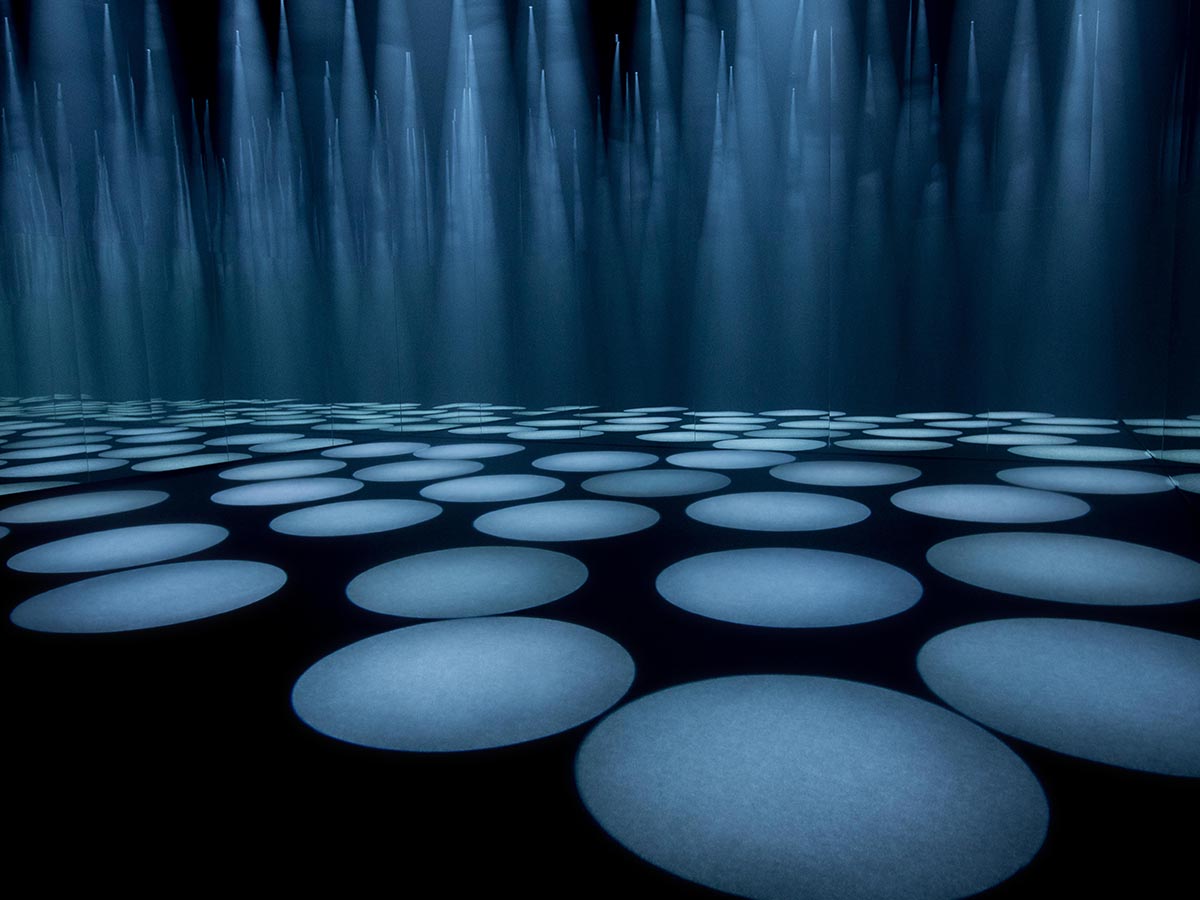 'Forest of Light' draws inspiration from the COS Spring Summer 2016 collection using cones of light to illuminate a darkened warehouse, exploring interaction and perspective. Subtle fog, mirrored walls and soft, specially-composed sounds bring life to the installation. The shifting cones of light - in response to movement - are reflective like tress, creating an immersive forest experience. The installation is held at former theatre Cinema Arti in the San Babila district of Milan. It was built by Italian architect Mario Cereghini in the 1930s and Sou Fujimoto's design drew upon the now-abandoned site that provided the ideal ambiance.

COS is a long-time admirer of Sou Fujimoto's work, particularly the 2013 Serpentine Pavilion where the installation's edges blur with its surrounds, obscuring the parameters of space. Karin Gustafsson, head of womenswear design at COS says, 'It has been great working with Sou Fujimoto on this project, we have never had such a beautifully simple installation focusing on light and the effect is incredible'. Sou Fujimoto commented on the installation, 'The COS pavilion is the purest realisation of the forest concept. This forest is not static, but light and people interact with one another, this interaction connects fashion, space and forest as a form of architecture'.