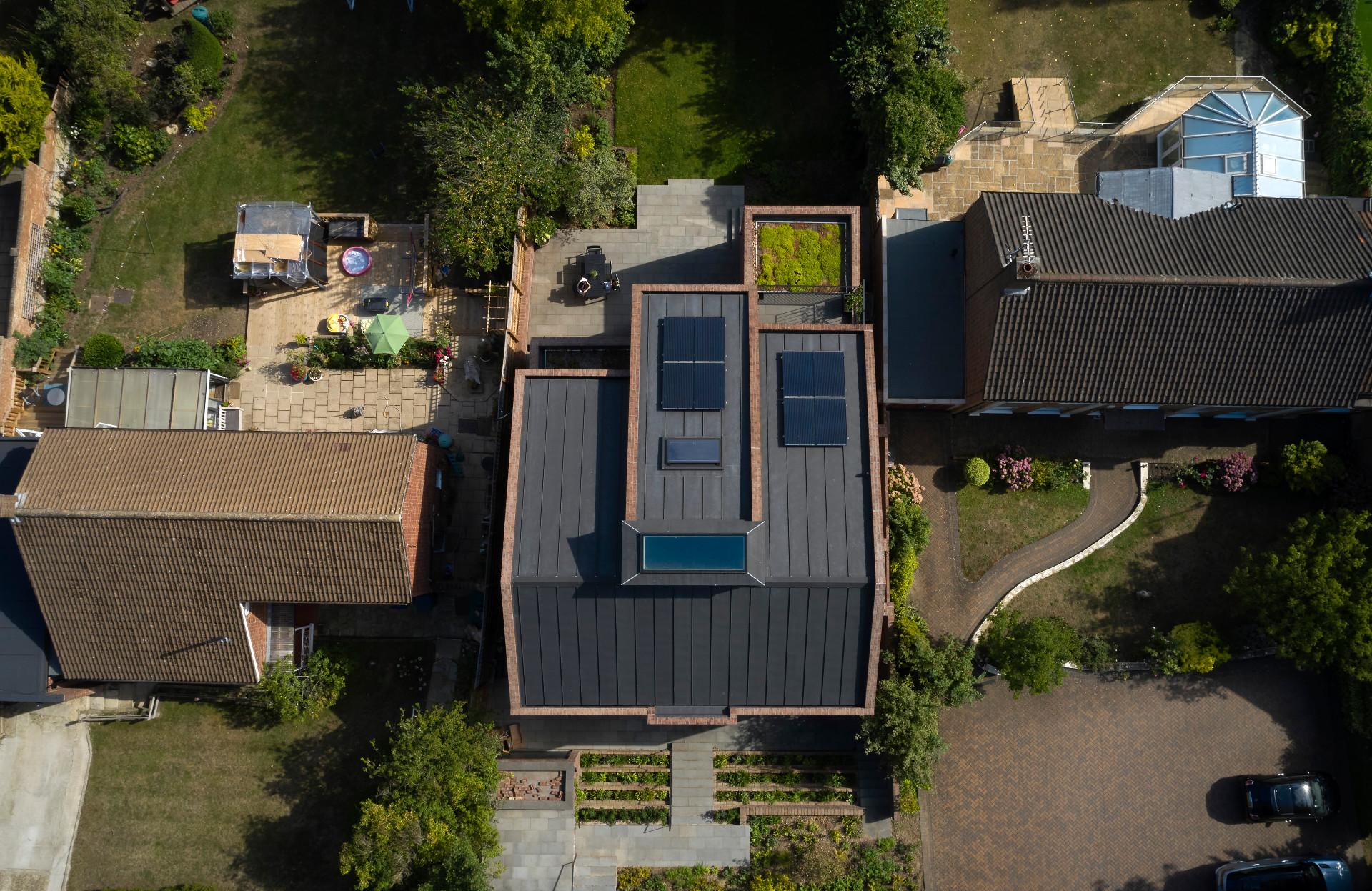 RISE Design Studio have recently completed work on a single-family home in Mill Hill, London. Inspired by traditional Georgian facades at the front, the building is actually a two-faced agglomerate of volumes – the rear features staggered cubes in the minimalist style. The blending of these styles has created a nuanced floorplan, coming together to unite the building in a unique, highly contextual form.

One of the main aims for the projects was for RISE Design Studio to create a home that benefitted from the best lighting and possible space arrangement, without infringing on the aesthetic of the neighbouring houses, which have a more traditional layout. With this in mind, the design team have created a progression of spaces that “merge and collide to create a mass that is both aggregated and nuanced”. Inside the house, the design tea have used local crafts to create spaces that transition harmoniously from one to the other, working to create a distinct environments in each room, whilst also existing in the larger open plan layout. A ten metre high atrium sits in the heart of the house, shedding light into the building and providing a dramatic transition between the front and back gardens.

As well as the careful building design, RISE Design Studio have been very specific with the choice of materials for the project; Dutch bricks have been used to give reference to the built context, while the material’s purple hues contrast against the greenery surrounding the house. Large glazed surfaces have been used throughout the project to juxtapose the masonry, and place the building in “a more contemporary dialogue with its site”. The design team have used several Passivhaus principles for this project, resulting in a house that has several ‘green’ features. These range from green roofs to high performance glazing, and from a mechanical ventilation heat recovery system to solar panels. It was important that the project minimised its environmental impact and energy consumption, and – like the other services in the house – these systems have been subtly integrated within the design, to blend in with the rest of the building.