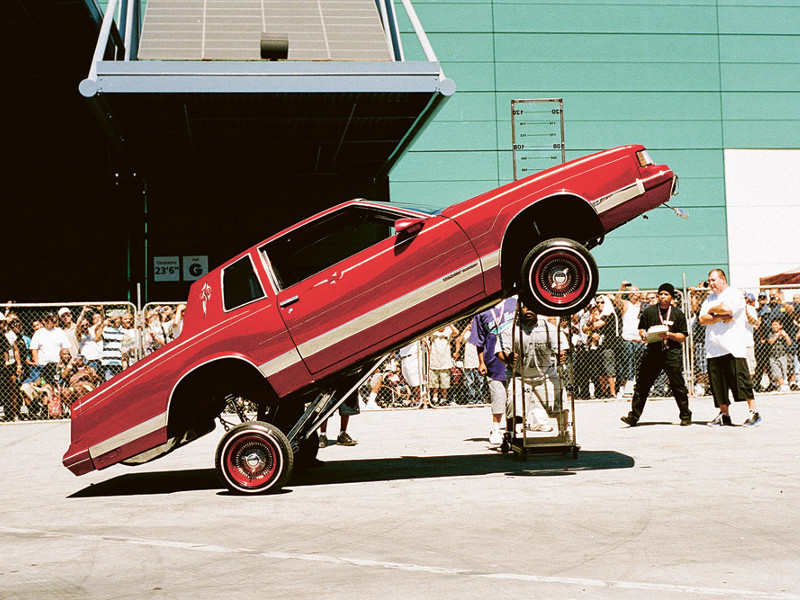 It’s a huge subject to tackle and as such, you’re never going to be able to please everyone, though this show will please many. Certain elements of Cars: Accelerating the Modern World are very enjoyable indeed, and there are some fascinating objects on display (it is very much about the objects). There are 15 cars here that have never before been seen in the UK and that will make it worth visiting for many in its own right.

It’s a very well-designed show — elegant and simple — by London architect OMMX, which also created the Design Museum’s 2018 Designs of the Year show. It also sits beautifully within the giant new(ish) gallery created by AL_A beneath the Cromwell Road entrance, but… (you knew it was coming) while enjoying it as I walked round, I couldn’t help feeling disappointed by the time I’d left. While it grabs your attention and gives you enough eye candy to satiate even the sweetest palate, the investigative depth of this design show is more puddle than pond. Be warned, dive in only with your eyes and if you do that, you’ll probably thoroughly enjoy it. French advertisement (1934) for the Tatra 77, the first production car built on streamlining principles

Split up into three areas — Going Fast, Making More and Shaping Space — it opens with the mostly post-war, deeply optimistic futurist dreams of self-driving or flying cars hurtling along while barely seeing another vehicle. It’s the sort of idea still propagated by modern-day car companies in their advertising where other vehicles are very few and far between and there is never any hint of chronic urban gridlock.

The Firebird film (Key to the Future) at the very beginning is a delight within this ‘futuristic’ context (so deeply Thunderbirds in realisation) and beneath it sits a Firebird 1 autonomous concept car by Harley Earl and General Motors from 1953, which is essentially a jet aeroplane with very small wings. Pop.Up Next, a flying car design from Italdesign with Airbus and Audi. Image credit: Italdesign

Nearby, within a couple of walls of future mobility visualisations, sits a wonderful cover from Italy’s La Domenica magazine in 1962, where the streets are completely jammed with personal Segway-like vehicles, each covered with an oversized test tube to keep off the elements. A far more likely future than the Firebird vision.

Within Going Fast is the first-ever production car, the Patent-Motorwagen No 3 by Karl Benz, dating back to 1888 — a good place to start. The show also features the first production car built on streamlining principles — the Tatra 77, by Hans Ledwinka and Paul Jaray from 1934 and which is accompanied by a sideways glance at streamline product design in the US that went way beyond transport to encompass everything from desk fans to radios. Making More looks at how the car truly invented mass production — production in massive quantities, for the masses. The model of the Fiat Lingotto building (1923, by architect Matté Trucco) is great. It’s the factory in Turin with a rooftop track which was used in the filming of The Italian Job and is still extant as an entertainment complex. Le Corbusier was very taken with the actual building and near the V&A model is another by Corbusier of Maison Citrohan — a machine for living — which was a nod to Citroën, rather than having any input from the French car giant.

The failed Henry Ford Fordlandia project — a city founded in 1928 in Brazil to produce rubber and break the British monopoly on the material — also comes under the spotlight as part of a look at the extremes of industrial production that the car engendered.

So far so good really. It’s with Shaping Space that the exhibition begins to stumble. Just look at post-war Britain and you can see how the car has completely shaped our urban landscapes, not often for the better in hindsight. The car was king and urban design subservient to it. It’s a model repeated around the world even more so in the US, with its complete reliance on and embracing of the automobile. This really isn’t adressed here and the US cultural impact of cars is also strangely not explored in any real depth, with lip-service paid to customisation via a Latino lowrider (impressive, but isolated). The show prefers to go to more leftfield sources for its car subcultures, such as Japan, South Africa and the United Arab Emirates.

The exhibition gives over a lot of space to the geography of oil extraction and how it has gone from being the herald of a new age to the bringer of environmental disaster. It doesn’t however address the power of the petrodollar and its political influence. It doesn’t question such issues as how the globally powerful oil lobby has not only caused environmental breakdown, but also been at the very heart of world power balances and political decisions. Is there an element of not wanting to alienate future sponsors? V&A director Tristram Hunt, while readily admitting oil companies’ actions in the past have been ‘pretty criminal’, also believes they can be part of the solution and is recently on record as being not averse to ‘having relationships’ with them in the future.

Stumbling at this point, the show falls flat on its face as you enter what you expect to be a fully rounded discussion of the future of mobility and all the challenges and opportunities facing the world. Nope, eye candy is all you get, in the shape of the Pop. Up Next flying car designed by Italdesign, with Airbus and Audi.

‘The reason we are doing a historical show and not a show about the future of mobility, which is what everybody really wants to know about…’ says the show’s co-curator Brendan Cormier, ‘is to take examples and lessons from the history of the automobile to create a much more nuanced story of how it came to be.’

The show starts with future prediction, hopes and dreams, so why wouldn’t it end with them from a 21st-century standpoint? Cormier’s nuanced-approach comments are also somewhat at odds with Hunt’s description of this first-ever V&A exhibition about cars as a blockbuster ‘show for families’. Therein also lies some of its problem perhaps, the extremely broad audience it is trying to appeal to. On balance the show is worth a visit, but is not without its flaws.