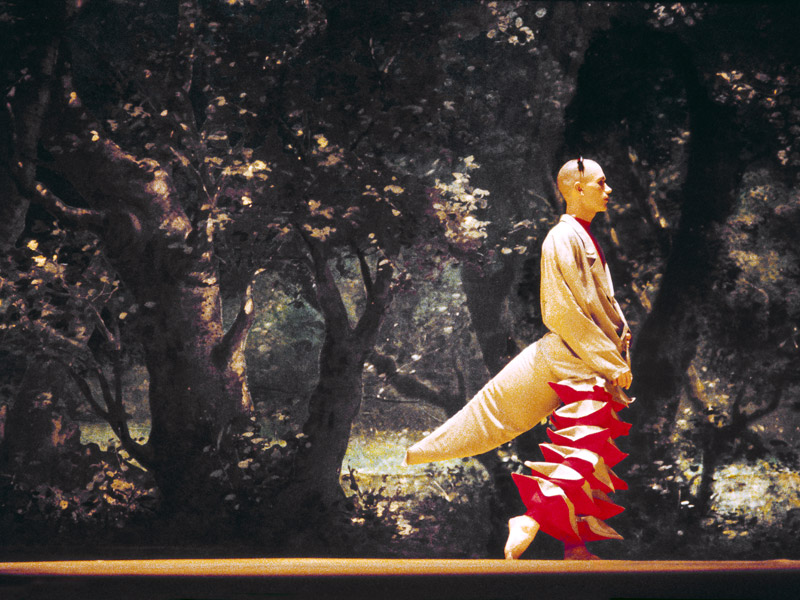 A preview of the Michael Clark: Cosmic Dancer exhibition, opening soon at the Barbican

Clark was born in Scotland in 1962 and took an early interest in Scottish dancing at the age of four. He moved to London to train at the Royal Ballet School before joining Ballet Rambert in 1979. Turning his attention to choreography, Clark’s first public presentation of independent work was at London’s Riverside Studios in 1982, where he later became resident choreographer, mixing with creative figures including architect Will Alsop and artist Bruce McLean. Clark’s thrilling mixing of classical ballet and subcultural influences meant he soon became a radical presence in 1980s London, his work forming a contrast to the conservativism of Thatcher’s Britain. Clark set up his own company in 1984 at the age of just 22, and over the subsequent decades has continued to develop its recognisable aesthetic language. The Michael Clark Company performs worldwide, and has been an Artistic Associate at the Barbican since 2005.

In addition to work and archival materials spanning four decades, including rare examples of Leigh Bowery’s costumes for Clark, new works created for this exhibition include a painting series by Silke Otto-Knapp, installations by Sarah Lucas, and A Prune Twin (2020), a revisiting by artist and filmmaker Charles Atlas of his film Hail the New Puritan (1986), which was a ‘love letter’ to London and fictionalised documentary about and starring Clark.