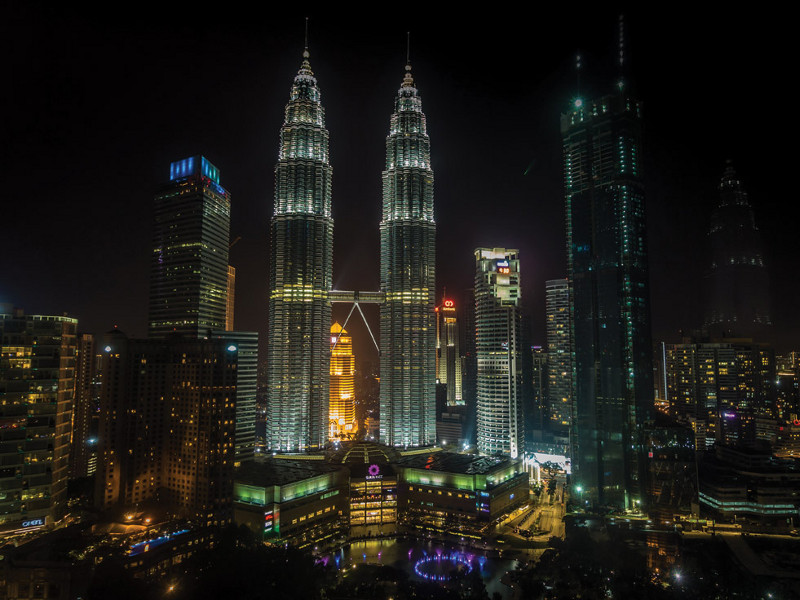 My early career didn’t follow a straight path. In fact, it was more like a three-dimensional zigzag. Through school I found sport and through sport I found work. Through these things I found possibility. Although I was educated in a classics environment, I qualified as an engineer and eventually started working at a design agency before starting my own agency five years later. As one of three apprentices, our MD and GM used us as envoys for change. We did everything from moving a factory to automating production, often making robotic equipment to minimise human error and speed up processes. We feared nothing and thrived on the responsibility we were given by our peers.

For me it has to be what is coming next. My life is consumed by the next best thing, so ‘new’ excites me more than anything. My work has taken me to many cities around the world and I love to see new rising up out of old. I was born in Kuala Lumpur and the Justice buildings and St Anne’s church, where I was christened, still sit proud alongside skyscrapers such as the Menara Tower and the Petronas Twin Towers. Over the straits in Singapore, I love the Raffles Hotel with its rooftop restaurants and recreation areas in sight of Marina Bay Sands.

I’ve worked with many. Perhaps most notable is Hernando Sanchez who was the CCO at Revlon in the late Eighties. Before the days of computers he had us engineer and build a spiralling, illuminated, conical glass showcase to highlight lipsticks. The metal structure, like the peel of an orange, wound around a column incorporating 96 pieces of glass, all cut, curved and twisted to their own specific size.

Which radical thinkers inspire you now?

I admire the Danish architect Bjarke Ingels for his reference to ‘skilled incompetence’. If you do not revisit a question because you think you already have the answer from experience, then you are immediately limiting the possibilities. At Sheridan&Co we work with many innovative brands and individuals who are challenging the status quo. One such individual is Myles McCormick who has steered the transition of beauty brand Morphe from online into offline, bringing cities to a standstill in its wake. For instance, having the influencer James Charles appear at the Birmingham store brought the whole city to complete gridlock.

We have to get better at ‘asking the audience’. In retail so many good ideas fall by the wayside because the idea overtakes the need or, even worse, the idea is killed by a committee without taking on the views of their audience – the all-important customer.

The book I most often reference is a Thesaurus ... but Phaidon Design Classics is a great reminder of how good design is ever enduring.

Frank Lloyd Wright’s Fallingwater, as well as his work with prefab buildings. Much of this work was curtailed by the advent of the Second World War, but the B1 American System-Built Home in Milwaukee has been restored.

In the morning. Ideas definitely come to me then. A problem at night is often resolved after sleep.

Fragments come from everyone and everywhere but the ideas crystallise when I’m on my own.

The thought that keeps me up at night is...

There are too many ideas in my head.

The chance to make a change or change perception.

Both. Thinking with gets me there quicker, but thinking against usually yields the most rounded ideas.