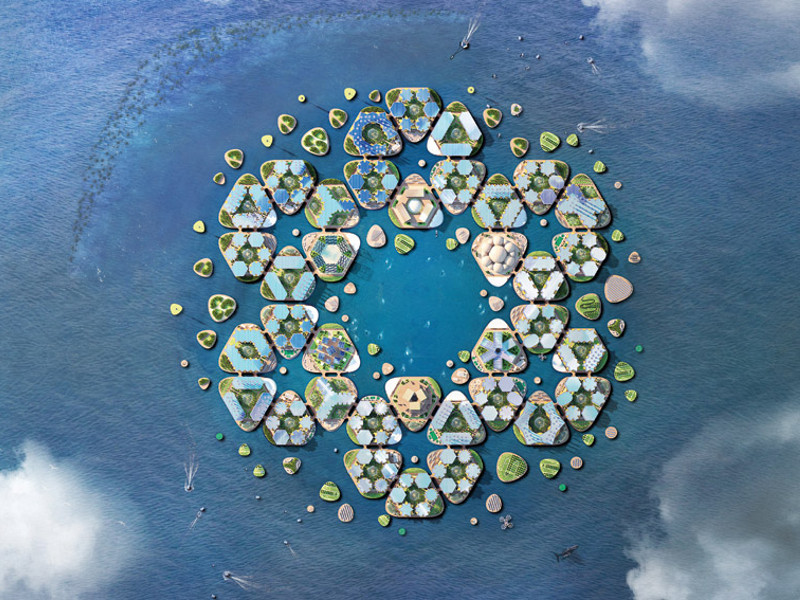 The day I got my GCSE results. I didn’t have a clue what I wanted to do next, but I went to talk with my head of year, someone I liked and trusted. My results were strong in subjects with elements of design and he said my art teacher had a friend who was an architect at a practice that was over 100 years old. I didn’t think I was good enough to be an architect at the time but asked if I could go all the same and see if I could do something useful there. I did and started at the bottom of the ladder, just above the tea lady, doing a bit of everything. Eight years later, the recession had seen me join a civil engineering company, where a drunken conversation with my then boss gave me the encouragement and confidence to apply finally to study architecture. His faith in me and the desire to prove myself worthy of it have fuelled me ever since.

Will there ever be anything again as powerful as the industrial revolution, where the power of automation and mechanisation were harnessed to propel large-scale manufacturing and enable goods to be transported quickly across the planet? At the same time, I always like to look forwards, but ground-breaking innovation has been disappointingly slow to make a meaningful impact on how we build buildings. Modular construction has been around for 20 years now, for example, and even though the benefits are understood, it’s still not commonplace.

I was lucky enough to share a number of Saturday afternoons when I was doing my post-grad dissertation with Isi Metzstein, then a part-time tutor at the Mackintosh School of Architecture, having long since retired from radical modernist architects Gillespie, Kidd & Coia. He encouraged me to strip away the bullshit from architectural theory and look deeply into the heart of an idea. He may have been a cantankerous old soul but he was vociferous in his desire for absolute excellence in architecture and was also, for me, a total inspiration.

When it comes to the essence of radicalism right now, I’m going to say a city, rather than a person, and that’s Manchester. Its incredible current growth exemplifies a new age of future-focused thought and the feeling that anything is possible. To be ranked amongst the world’s great cities, you really need belief and conviction, and Mancunians have that in spades.

I think architects and interior designers can learn from another related discipline: product design. As modularity and mass production truly come into play in the design of buildings, product designers can lead the way by showing how to create the perfect balance with objects, like cars or watches, that feel special and perfectly bespoke, but which are nonetheless mass-produced.

The first practice I worked for was over 100 years old and I then went to the historic Glasgow School of Art to do my post-grad, so I’ve always had a great respect for the past and for design fundamentals that haven’t changed for centuries. I still firmly believe that going deeper into the past is the best possible way to enable the best for the future, but the new building design interface lies undoubtedly between those fundamentals and technology, particularly users’ interactive control over lighting, sound and surfaces – and whatever else is still to come. The Seduction of Place: The History and Future of Cities by Joseph Rykwert.

I fell in love with I M Pei’s Bank of China tower in Hong Kong. It played a major role in my quitting my job and applying to study architecture in the first place. Secondly, Daniel Libeskind’s Jewish Museum in Berlin – symbolic, daring and completely brilliant. I think best with… A pencil. I am definitely a doodler and like to communicate with a pen and pad to clients as well as to members of the team. I was trained to be a draughtsman using a pencil, pen and drawing board, as well as in how to make models and paint watercolours. I always tell people that they don’t have to be able to draw like Leonardo to communicate an idea clearly. At the Mackintosh we were taught to get across the main ideas in a 10-second diagram. I always have a sketch book and I can’t think without a pen in my hand. I heard that the Venetian architect Carlo Scarpa could draw with both hands simultaneously – a skill I still aspire to mastering!

First thing. I’ve been an early riser for years now and tend to get a lot done when it’s quiet and I’ve got my own space just how I want it. I’ll often be up before dawn, sat in my kitchen with a coffee and the dog at my feet, setting a new course and thinking how we’ll get there. I’m exercising! I realised at university it’s my subconscious that comes up with the best ideas. I need time for an idea to percolate and then pop out again at random. I was asked by a previous boss, years ago, if I meditated and the answer was and is still no, but I do go into a kind of meditative state when I’m at my most active i.e. swimming, running or cycling. I know I have to take time out, even from thinking, as my head is too full of ideas and I have to give myself some head space to cope. So, to let those moments of inspiration or clarity come to me, I exercise regularly. As Picasso famously said: ‘Inspiration exists, but it has to find you working.’

How to juggle all the plates and never lose sight of the arrow of inspiration.

The surprising call or message that might just come in. Today it was a WhatsApp message from a client green-lighting a project whilst he was on holiday in the Caribbean!

Both. I like to challenge everything but also learn from past successes.

Probably to be a property developer.

Bjarke Ingels of BIG’s new floating city concept, Oceanix; an archipelago made up of buoyant islands clustered into smaller villages, unveiled at the first UN roundtable on sustainable floating cities, for use in the event of rising sea levels, with zero waste and using renewable energy.