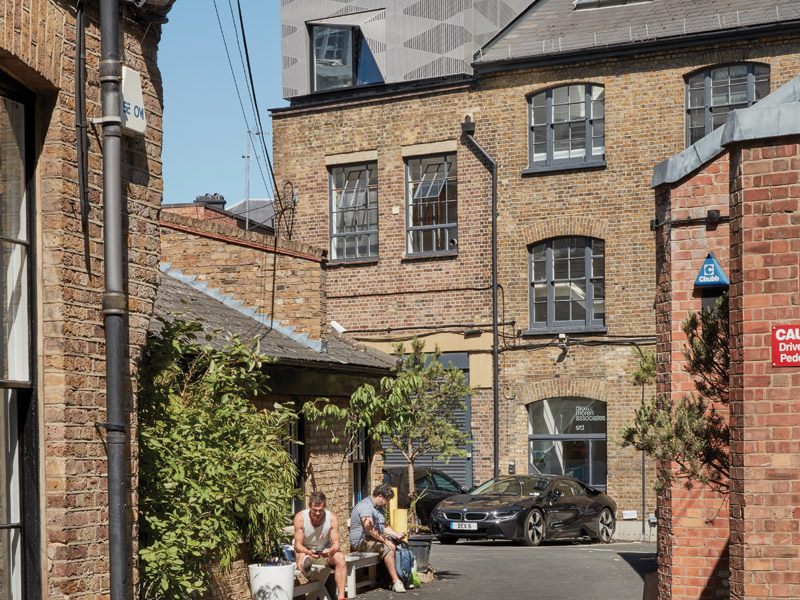 While wanting to create a ‘bold statement’, the practice also sought a scheme that placed it in local historical context. The resulting design showcases a facade wrapped in perforated metal panels to denote an abstract interpretation of the interior of a grand piano: a subtle reference paying homage to the building’s original function as a piano factory.

A glazed shadow gap to the existing gable end wall features original exposed brickwork to form both a connection to the new space and a clear definition between the period architecture and the new.

‘We played with the idea of the metal panels, changing shapes and materials until we found the right combination that would be a bold statement, contrasting with the existing fabric without overpowering the warm Victorian brickwork,’ says Wood.

The extension is heavily insulated and features brise soleil to reduce solar gain and glare during summer, as well as shading the windows as the sun moves throughout the day, keeping the space cool. The window position was carefully considered, offering the best views downward to the historic courtyard on one side and upwards towards the skyline of Camden Town on the other.