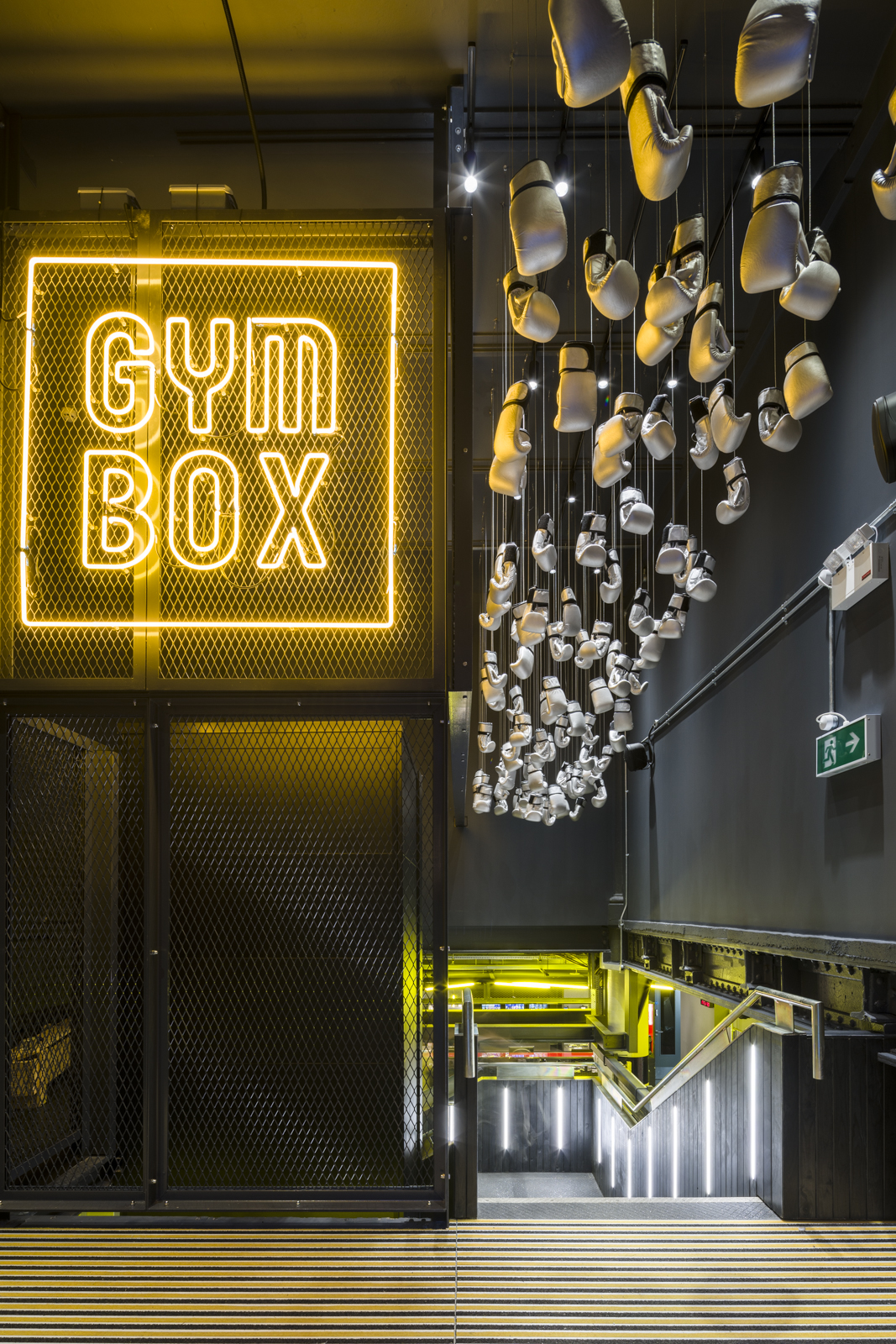 With eight locations throughout London, Gymbox's innovative interiors are unlike any other gym in the capital. Behind the newest venture, Gymbox Victoria's expansion, are architectural designers A Modern Practice, better known as A.M.P.

With eight locations throughout London, Gymbox pride them on being the “fitness industry’s version of Marmite”. With DJs playing, a nightclub vibe, and the attitude that working hard doesn’t have to be hard work, Gymbox’s interiors are unlike any other gym in the capital. The most recent addition to the group is Gymbox Victoria, which has been expanded to three times its previous size and now spills over two basement levels – or 26000ft2 - that are accessed from a discreet ground floor entrance. Behind the newest venture are architectural designers A Modern Practice, better known as A.M.P. A.M.P director Patrick McKinney has been involved with the Gymbox brand from its early days in 2003; he has responsible for the development of the brand’s environments across the years as Gymbox has grown. Originally, the brief was to “create a robust functional environment that is both hard working and visually stimulating”, which in many ways hasn’t changed throughout the years. However, McKinney mentions that “the nature of the activity in terms of how people train has inevitably changed, and this brings opportunities to develop the product.”

Working with Gymbox as a client always proves interesting, McKinney says, as they “strive to avoid becoming a generic roll out. Each club is different and we are encouraged to continually evolve the brand.” For new venues, much of the attention is given in finding interesting and unusual spaces throughout London; A.M.P were able to work with a Victorian warehouse for the Victoria Gymbox, which “offered great potential to exploit the inherited building fabric.” A.M.P often leave parts of the Gymbox buildings untouched, providing a great textural backdrop to the new, technical gym machines. At Victoria, the original cast iron staircase and window frames have been retained, whilst a new reflective ceiling has been put in to exaggerate the height of the space, adding to the “drama of the descent to the gym floor below”. There was one challenge A.M.P faced in the design of Victoria Gymbox – working in the basement. But, as McKinney points out, this “always provides practical challenges relating to servicing” and having worked with previous Gymbox designs, A.M.P know exactly how to work around this. Though they have worked on multiple projects for Gymbox, A.M.P is not a firm that specialises in fitness; they have previously worked on projects across other sectors including education, leisure, and exhibitions. These other experiences make sure every Gymbox design stays fresh and unique. A highlight of Victoria, are the changing rooms. They are “stripped back,” McKinney describes, “with the building fabric expressed and offset by gloss tiled insertions, glass lockers and bespoke pre cast terrazzo furniture.”

It is clear from their popularity that there is something in Gymbox’s design and attitude that speak to an audience who are thirsty for a new and innovative type of gym. McKinney sees the new Victoria expansion as marking “the next step in the Gymbox evolution”, and we can only wait and watch to see where Gymbox and A.M.P will leave their mark next.