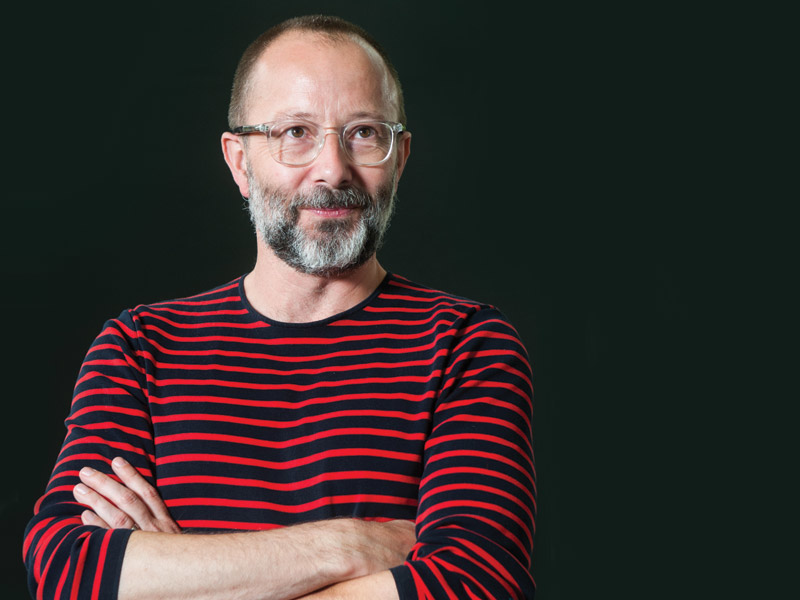 Broadcaster, historian and writer Tom Dyckhoff discusses his influences and the role that education and the media have played in his life and career so far

Tom Dyckhoff is a historian, writer, broadcaster, and – during a ‘midlife crisis’ – almost a cheesemaker. He is best known for presenting programmes on television such as Netflix/BBC’s The Great Interior Design Challenge and Channel 4’s The Secret Life of Buildings, and for radio, among a number of documentaries and podcasts, BBC Radio 4’s The Design Dimension. He has written two books: The Age of Spectacle – Adventures in Architecture and the 21st-Century City, concerning the rise and fall of iconic architecture, and the official guide to the architecture of 2012’s Olympic Games, The Architecture of London 2012 – Vision, Design, Legacy, co-authored with Claire Barrett. Yet another string to his bow is teaching the history and theory of architecture and cities at The Bartlett and Central St Martins.

As that introductuction attests, his credentials are many, but to FX he is also the presenter of our annual FX Talks, an event where we invite leading minds from outside of our own industry to talk about what radical thinking means to them. Ever-interested in expanding thought around both building and place, Dyckhoff is well-suited to presenting these speakers and their ideas to our audience of architecture and design professionals. Dyckhoff has written two books, including The Age of Spectacle, and is in the process of completing a third

Meeting him in person, our conversation was a flurry of ideas, among which you might start to map out the compass points of a slightly amorphous career, changing as it has over the years and still keenly stretching out in different directions. Although he describes the ‘thinnest of threads’ binding it together, it seems his own enthusiasm serves as a powerful enough glue. That enthusiasm, as Dyckhoff explains, ‘is not even about architecture; it’s about geography. ‘My first degree was in geography and I was always obsessed by maps, and spaces and places and landscapes … and architecture to me is just one element of it. It’s the art of geography – how spaces are made.’

This is certainly a sprawling subject, and easily justifies a multifocal and multimodal approach. This considered, Dyckhoff expresses his disappointment in the lack of time given to history and theory in architecture teaching, let alone helpful thinking from other disciplines. Architecture, he believes, needs to look outside of itself. As he laid out in The Age of Spectacle: ‘At the moment my observation is that architects are taught far too much design and too little science, psychology, sociology.’ He continues: ‘Other disciplines that study the psychology or the neuroscience of spaces and their impacts on people, only a fraction of their work gets through to practicing architects, which I think is terrible.’ Acknowledging the benefit of others’ expertise is no doubt helpful, and elsewhere in the book we find a comedic anecdote on the ego-driven perils of architect as ‘the master builder’, as he recounts a story of the Florentine Renaissance architect Brunelleschi carving architectural models into turnips so that his team was utterly dependent on his knowledge once those models soon rotted.

Dyckhoff first started English at university, before quickly changing to Geography, and then proceeded to study architectural history. Now, he says: ‘I think if I was young, [neuroscience] is something I would go into at the drop of a hat, but, unfortunately, I gave up biology aged 13.’

Neuroscience first came to his attention through making The Secret Life of Buildings, where he worked with neuroscientist Eve Edelstein making the then unexplored connection between space and the way our brains react. (Now such conversations are more typical, and Edelstein – who also trained as an architect – currently works for Perkins & Will.)

Dyckhoff seems equally at home in the realm of academia as much as in mainstream media. Right now he is embarking on a PhD, but is also writing another book, which proposes a concept of ‘outsider architecture’, following that of ‘outsider art’ and ‘looking at how design and the architectural imagination exists in all of us’, he explains. Some initial examples he mentions are the astounding cathedral of Mejorada del Campo outside Madrid – built from scrap materials by one ex-monk – but also historical examples of would-be architects not recognised by the profession, such as the pioneering 19th-century figure Sarah Losh. Highlighting the issue moves our conversation onto the lasting impact of the profession’s historical bias against women and non-white people, and we talk about new measures to make it more accessible, such as The Bartlett’s compressed Architecture MSci, which is supposed to save 25% of student debt, as well as its new access programme for disadvantaged applicants. He believes in reskilling and lifelong learning

As for Dyckhoff’s PhD, it will be focused ‘rather unsurprisingly’, he says, ‘[on] the relationship between television and architecture since the 1950s … looking at the way in which television opened up a new idea of space into our lives, connected us to the world, but also the way that architecture was depicted on television’. He continues: ‘In many ways we’ve come to the end of a world of television ... [with] private streaming services... [It’s] certainly becoming something else, so I wanted to do something that represented that shift, that whole period.’

The personal aspect of this project goes beyond his work in front of the camera, as it was television that sparked his own childhood interest in architecture and place. ‘I’ve got no architects, or planners or anyone [in the family] even vaguely connected to the field I’ve ended up in,’ Dyckhoff explains – although he is grateful his family encouraged his precocious interest in architecture on childhood holidays. Instead, the pivotal moment was coming across the 1978 series Six English Towns, a ‘Sunday night’- type show presented by the ‘avuncular’ Alec Clifton-Taylor. ‘I remember it really opening my eyes to this sort of thing,’ he says. Now, Dyckhoff proudly continues this tradition for today’s audiences.

Acknowledging the personal and political aspects of his own discovery of the built environment, his recent and future projects seem to call for an anti-elitist and more inclusive look at architecture and place. Dyckhoff summarises: ‘I’ve always been much more interested in how particularly spaces, and architecture, relate to all of us that inhabit it.’ As his career choices attest, it is just as important to discuss the ‘iconic’ end of architecture as well as the wider (but often under-evaluated) realm of amateur designers and architects out there. The goal throughout is still communication: communicating ideas about buildings and spaces and landscapes to people.

Dyckhoff’s career is also a response to another landscape in which he found himself – the media: ‘If I think about it objectively, it’s been mostly a career that has taken place against a background of massive shifts within the media. You know, if I was to characterise it, I have simply been responding to massive societal shifts,’ or as he then summarises, ‘well, basically [the] internet’.

As for his next projects, the book and the PhD, these promise to continue to do what Dyckhoff does best – to apply his knowledge and enthusiasm to tease out illuminating insights from recent (and personal) history. I look forward to him sharing them with the public, as well as welcoming him back to the next FX Talks. 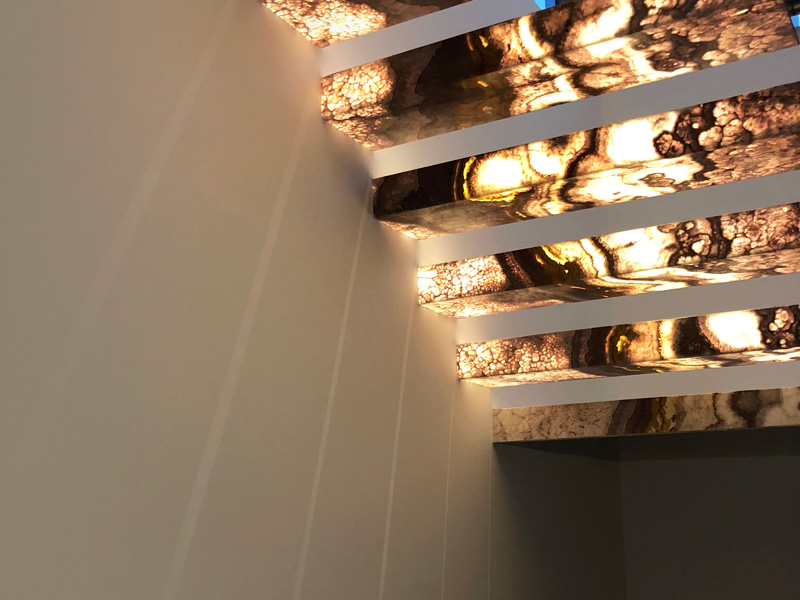